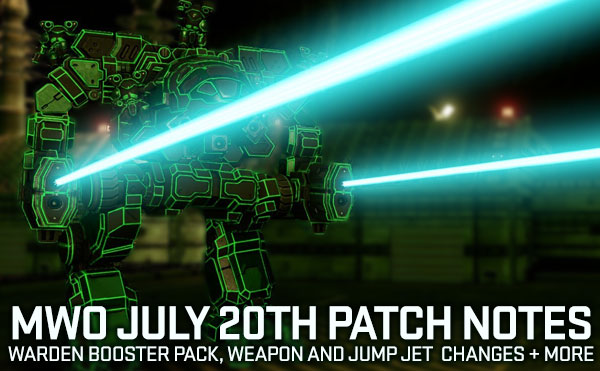 This month's patch includes some small changes and bug fixes to both of the recently updated maps, Canyon Network and Polar Highlands. It also includes another Weapons Adjustment Pass for Clans and the Inner Sphere, and an Equipment Adjustment Pass focusing on Jump Jet performance. Finally, this patch brings the follow-up to the Stryker Pack, and our second Booster Pack this year, the Warden Pack. Didn't pick it up yet? No sweat! You still have 30-days to check it out and still receive the EXCLUSIVE Early Adopter Rewards, including the awesome Elemental Bolt-ons (shown below).

Look for our third major map update with HPG Manifold, and more coming in August!

As with everything, these updates are subject to further balance changes in the future, especially as more variables are brought into the equation with future updates and changes.

So get out there and do the science, and get us your feedback for future iterations!

And now, we hope you enjoy the patch.

The Warden Pack is here! We hope you enjoy this pack, which pays homage to classics like MechWarrior 2 and the 90's BattleTech animated series. If you don't have it yet, be sure to check it out and remember you still have 30-days to purchase it and still receive the EXCLUSIVE Early Adopter Rewards, including these awesome Elemental Bolt-ons! 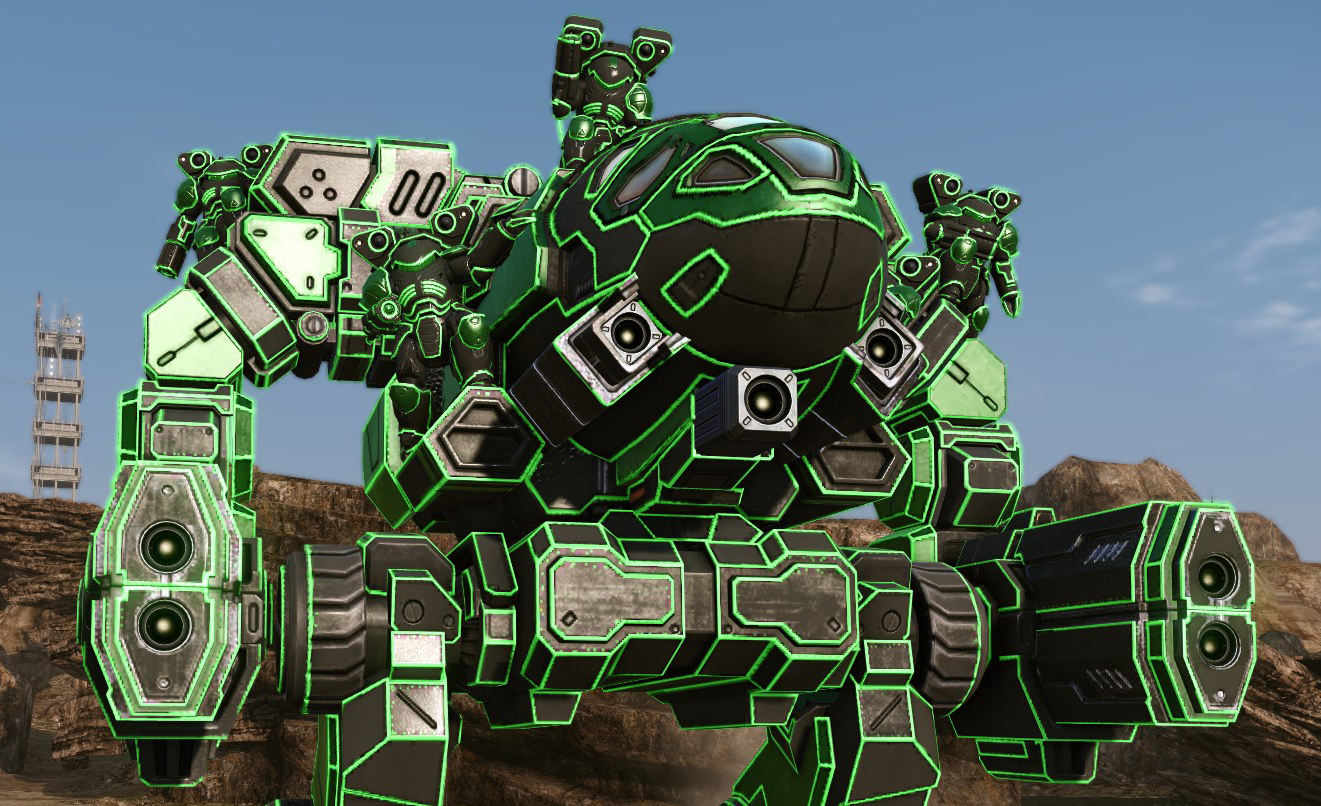 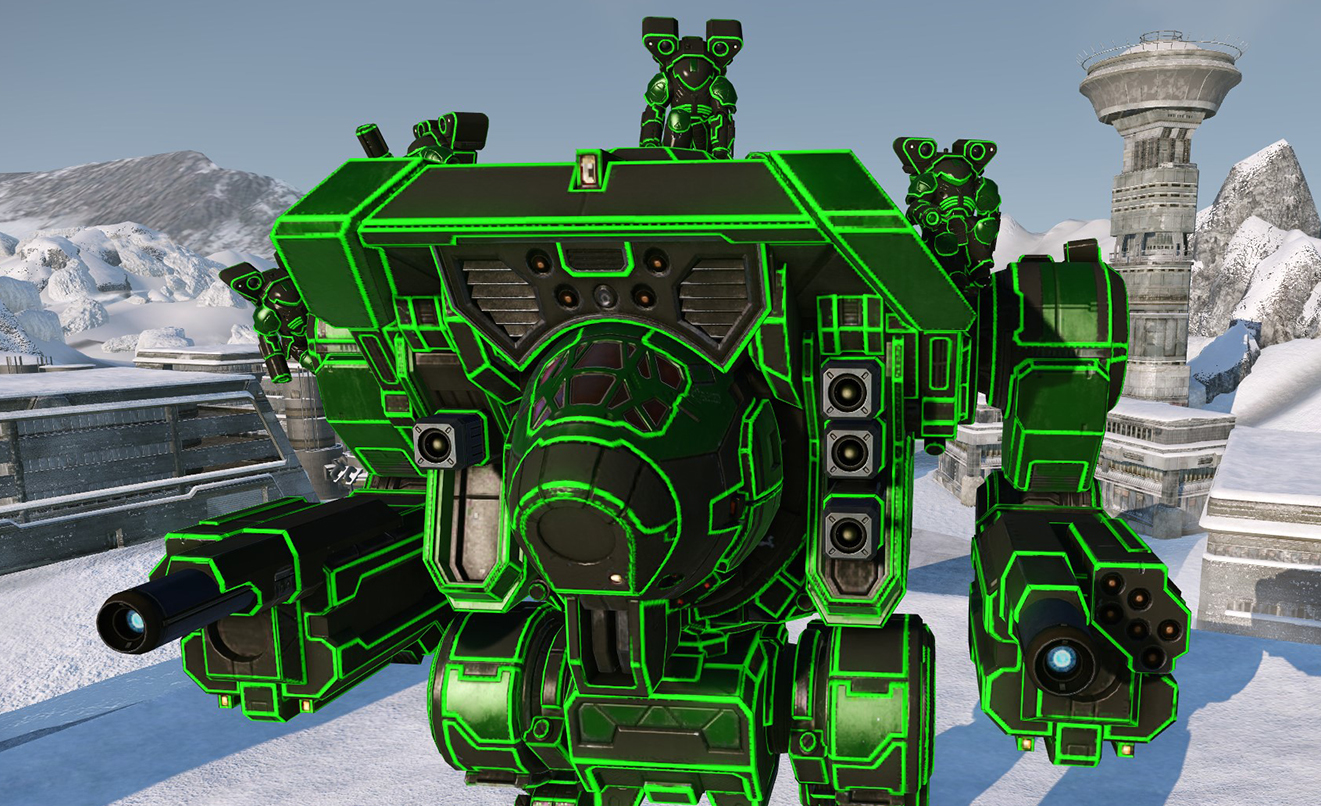 Polar Highlands has included some changes including road textures, building placement adjustments, and bug fixes including rocks that you could shoot through, and 'Mech sticking/glitching spots. 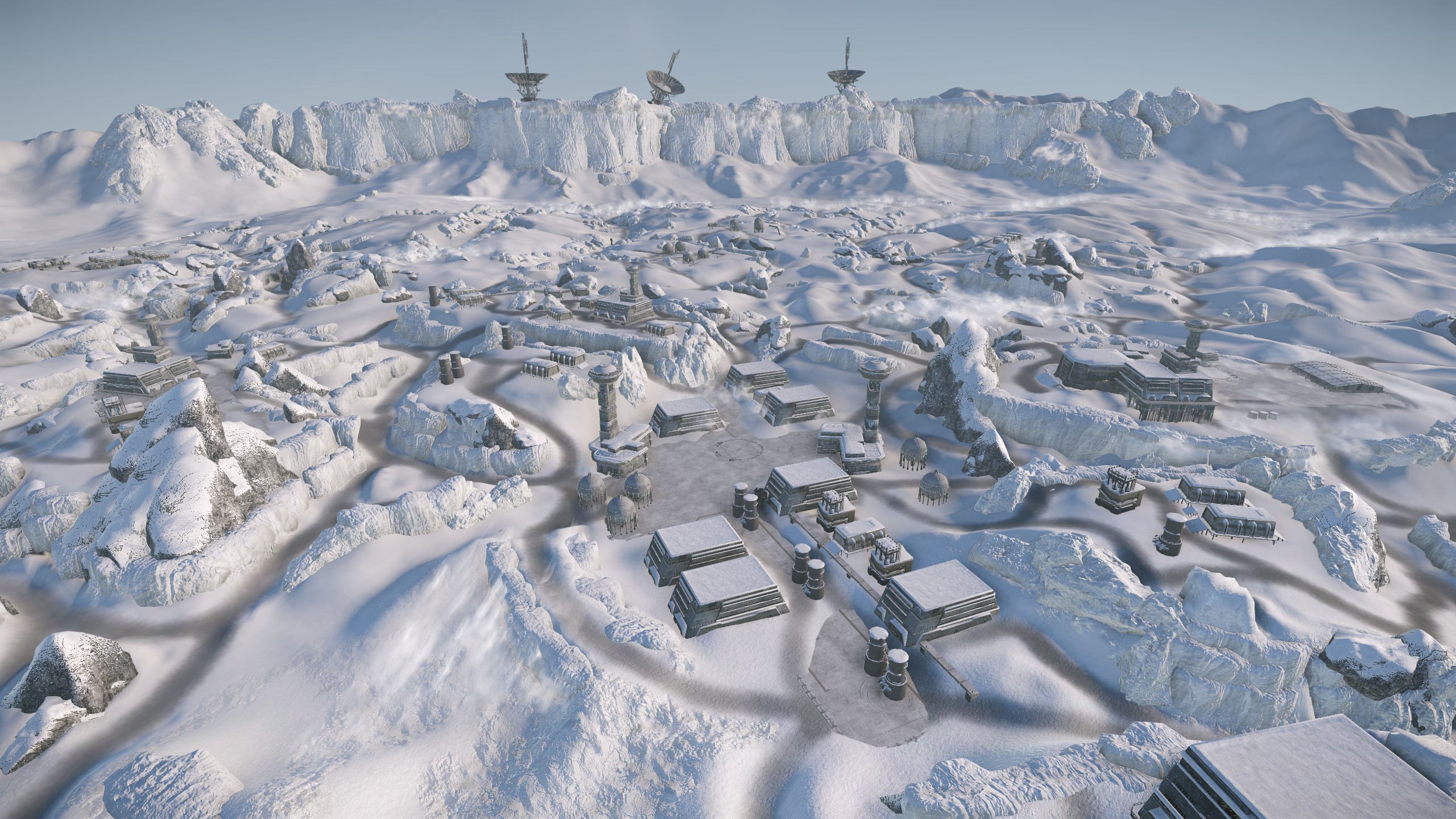 The reservoir has burst and Canyon Network has flooded! This is a temporary condition and is subject to change in an upcoming patch. 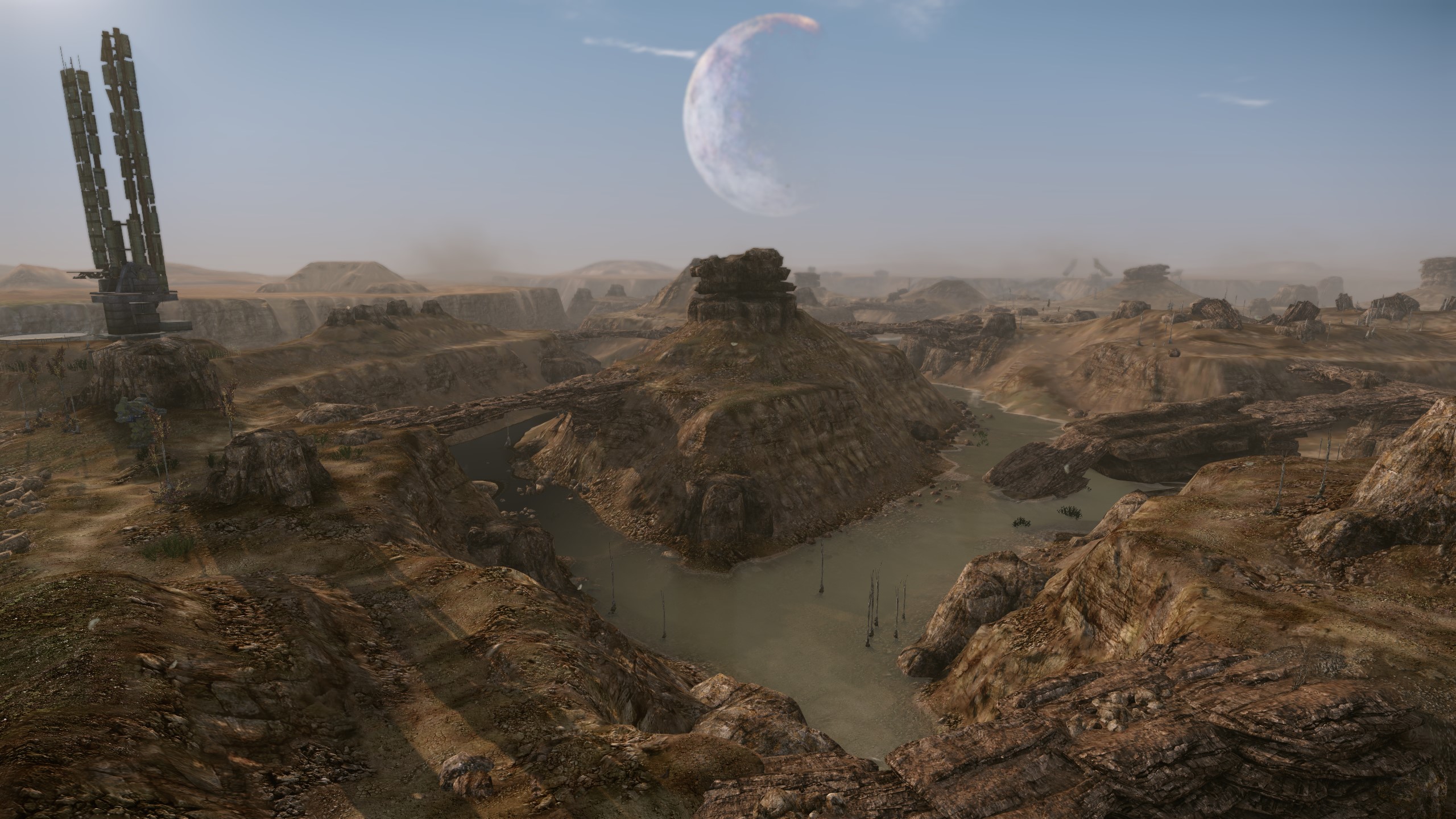 Compared to the standard Small laser, the increased range provided by the ER Small laser comes at the cost of slower cooldown and exactly double the heat output, which makes the ER Small laser a less appealing pick for short range focused builds. In this patch a decrease in heat is introduced which is aimed towards making the ER small laser a more attractive alternative to the regular small laser.

After the recent meta shift to light gauss and ER PPC as the de facto long  range weapons on the inner sphere side. The following changes were made to the ER large laser. Players who use ER large lasers will have a comparable laser weapon to the strongest  current long range projectile weapons.

While the light PPC changes made in April made them viable complimentary weapons for various ballistic focused configurations, The weapon on its own is observed to be lacking in damage output compared to other alternatives. In this patch, an increase in raw damage is introduced to further improve upon the effectiveness of LPPC focused mechs.

Being heavily sandwiched between the Light and Heavy PPCs, the performance of the standard PPCs since April has been monitored in the past couple months. As a first step towards giving it a unique characteristic and meaningful trade-offs versus light and heavy versions, minimum range has been removed and is replaced by an exponential damage fall off. This Will give PPC focused builds more versatility.

Following the change the brought splash damage as an unique feature for the snub nose ppc and assessment of its performance, a slight boost has been applied to the upfront damage to improve upon the weapon’s role in close range brawls.

The LBX5-AC is one of the weapons that is rarely seen on the field due to its slot size, especially when compared to the more compact and pinpoint standard AC5. This change seeks to address one of the major disparities between LBX5-AC and standard AC5 in terms of slot cost. Coupled with boosted critical damage compared to AC5, LBX5 is expected to be considered more often. We will continue to monitor the performance of LBX5 and will do additional adjustments in future to further reward its usage.

The increase in cooldown which was done in April was to control the high dps of the weapon which rivaled SRMs. Since the change hurt mechs without any noticeable missile cooldown quirks more than it achieved more balanced DPS for heavily quirked mechs, in this patch the recycle time of IS Streak SRMs has been improved slightly. We will continue to monitor their performance in the coming months and make further adjustments if necessary.

Considering the weapon’s short range, and the other alternatives in the same range bracket, Clan heavy small lasers have been observed to be an inferior pick. In this patch C-HSLs are tuned to have faster recycle times, while the differentiation with the rest of short range laser are maintained through high heat and duration for higher damage

Compared to the current strong Clan long range weapons (like ER PPCs and AC2s), Clan ER Large lasers are having a tough time in terms of dps, required facetime, high heat as well as overall range. The changes listed above seek to create a laser alternative in the long range weapon bracket for the clan  side..

While the initial goal of reducing the effectiveness of Streaks versus lights was achieved in April, Observation showed that under the current SSRM tracking system, Streaks went from being a hard counter to light mechs to being generally ineffective which proved the change to be correct in direction but excessive in amount.  In this patch upfront damage of C-SSRMs is being slightly increased while cooldown and heat values are being adjusted to maintain current dps and dph characteristics.

*C-SSRM performance will be monitored after this change, and further tweaks will be done accordingly.

This patch includes important changes to Jump Jets following a new look at them and the performance disparity that exists between different classes of jump jets and mechs that can equip each of them.

The considered issues can be divided into three different categories, each affecting a certain group of 'Mechs:

The applied changes to jump jets are summarized as follows:

Two new C-Bill themed Decals have been added for your Bounty Hunter role-playing pleasure, or any other time you need to show the universe your Mercenary ways! 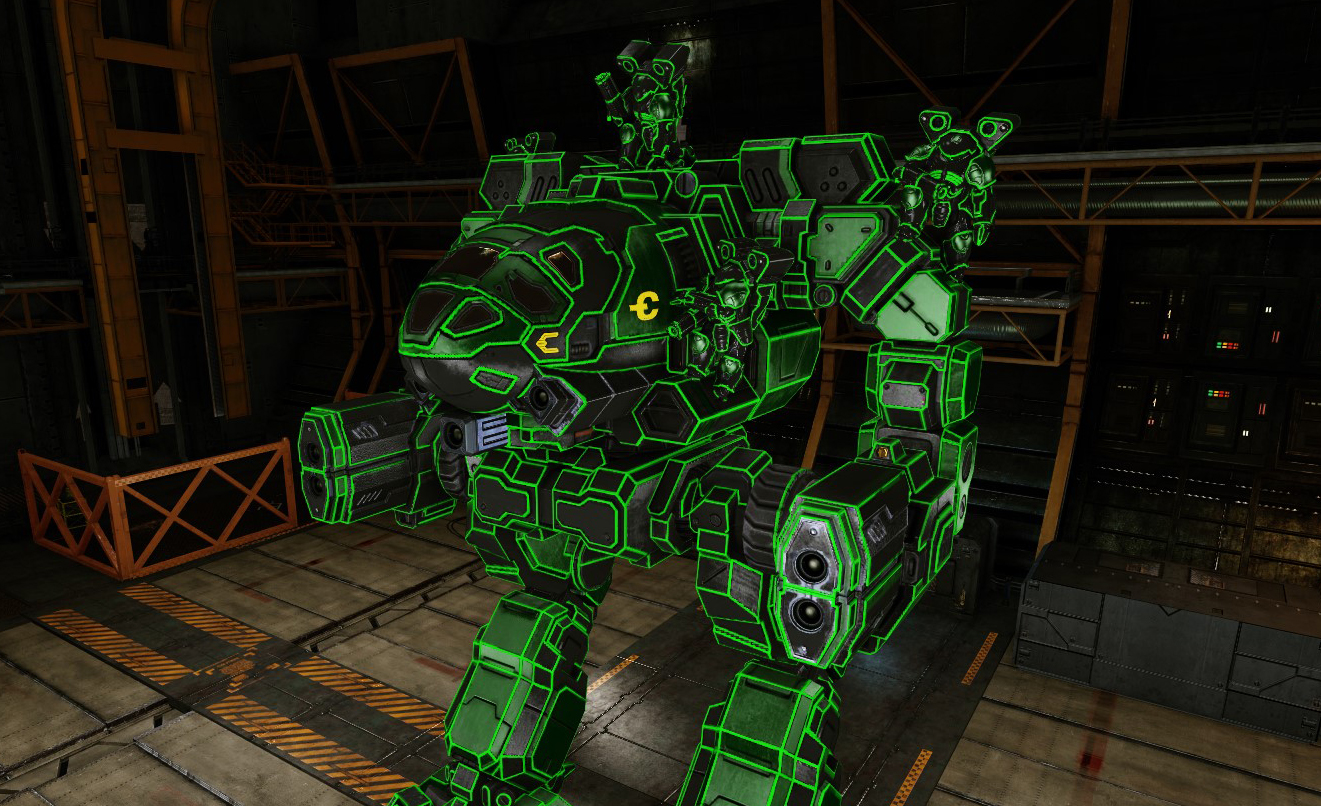 • Download the above file(s)
• For sake of ease, we recommend creating a dedicated folder for the patch file(s), such as 'MWO Patch Cache'
• You do not need to unzip or unpack the patch file(s)
• Launch the MWO Portal
• Select the three horizontal lines in the top left of the Portal Window
• Choose the 'Specify Patch File Cache' option
• In the field that appears, paste or enter the location in which you saved the patch file(s) and hit OK
• For example, C:\Users\<username>\Documents\MWO Patch Cache
• Click the blue Patch button
• The launcher will now check the Patch Cache folder you defined. If it locates the required patch files, it will unpack and use those files to apply the patch.
• Once the patch is complete, launch the game

back to the top