'Mech Fixes and Changes
Other Fixes and Changes
Known Issues
Patch Files (Direct Download)
Greetings MechWarriors,
The Supernova has arrived, and is now en-route to the MechBays of eligible MechWarriors.
Development priorities continue to remain focused toward the upcoming release of the new Skill Tree (now set for March), the Incursion Game Mode, and an array of additional Faction Play improvements. As a result, February follows January as a relatively light month in terms of patch content. Of particular note are a significant number of interface-related fixes and improvements, along with the introduction of an auto-renewal option for Mercenary Contracts within Faction Play.
In other news our first phase of the Skill Tree Public Test Session is complete, and work is underway on the next update to the Skill Tree PTS build based on your feedback. You can check out the latest news on what's in store for the next PTS update here, with a more detailed rundown on all the changes set to arrive with the next PTS update.
We'd also like to point out that we will be performing some backend maintenance during the downtime period for this patch, and as a result the total downtime period may extend up to 2 hours in length. That said, we'll try to make it as quick as possible.
In the meantime, read on for all the details of our February patch, and we'll see you on the battlefield!
- The MechWarrior Team 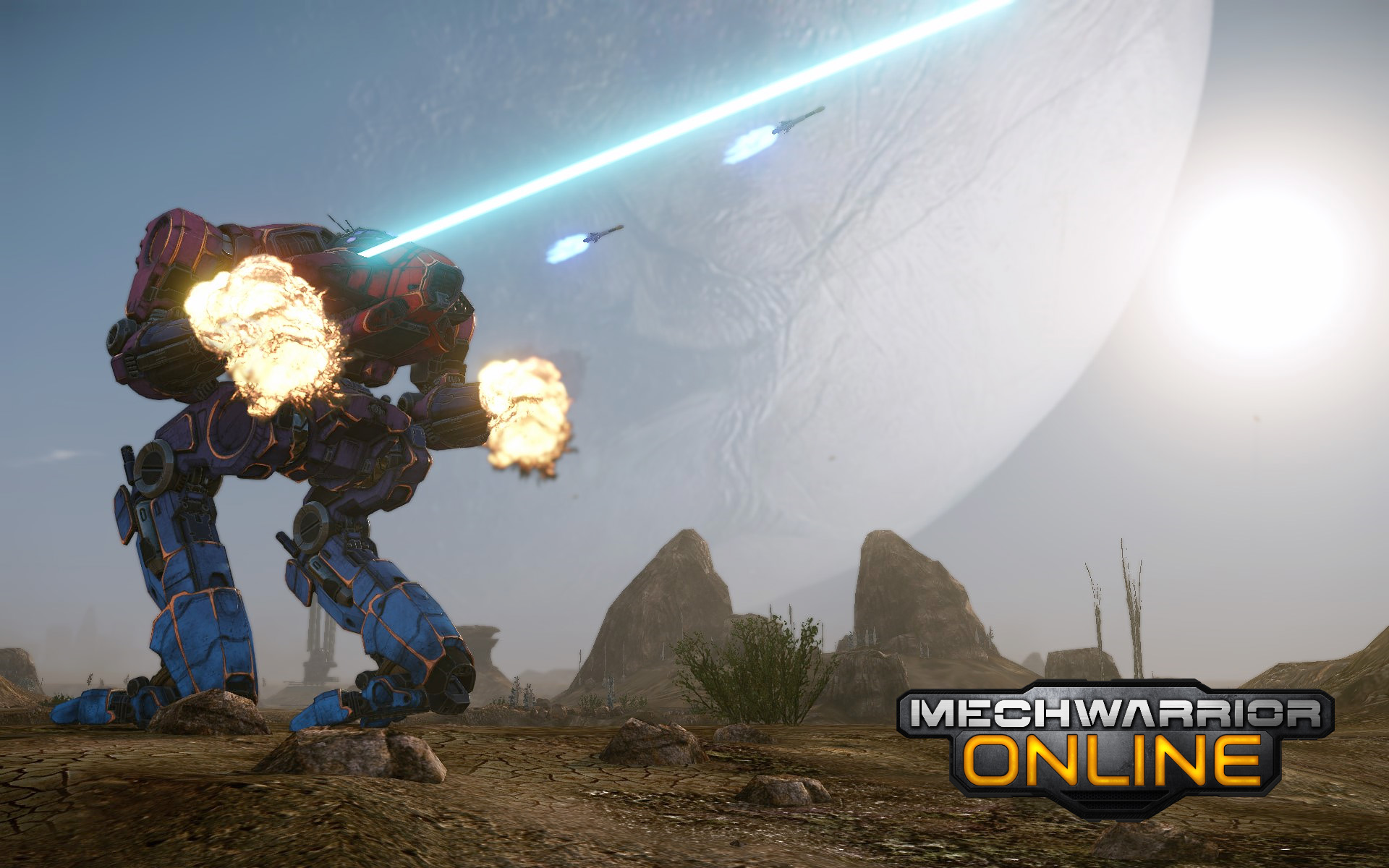 The base variants that comprised the stable of 2016 Customer Appreciation 'Mechs are now available for direct purchase through the Gift Store.
The Loadouts of these standard variant 'Mechs are identical to their [L] counterparts, but they do not possess the +30% C-Bill Boost or the special Pattern.
• Blackjack BJ-2
• Cataphract CTF-3L
• Hellbringer HBR-F
• Stalker STK-3FB
• Summoner SMN-F
• Summoner SMN-M
These 'Mechs will become available for purchase with MC and C-Bills on the following dates:
MC Release Date (all variants): June 6th 2017
C-Bill Release Date (all variants): July 4th 2017
The OmniPods for the Hellbringer and Summoner variants will become available for purchase in-game on July 4th.

Along with their complementary delivery to eligible Supernova owners, the following Cockpit Items are also now available for purchase in-game:

"The Universe"
These Titles and Badges are only available through their associated Supernova Pack. The Collector Pack comes with both.

As with January, only two new Decals are arriving in this patch, releasing as part of the arrival of the Supernova. Sincere apologies to everyone looking for a slew of new Decals to accommodate the many requests; we promise that our subsequent patches this year will see more substantial Decal additions!
• Mushroom Cloud (Supernova Decal)
• Orbit (Supernova Decal)

Invasion Game Mode Name Change
To prevent confusion between the Invasion Game Mode and the Invasion Conflict type, the Invasion Game Mode - wherein players defend or attack the Orbital Defense Cannon - is now called Siege.
Mercenary Contract Auto-Renewal
Mercenary Contracts can now be set to auto-renew upon their completion by pilots with the necessary Unit permissions. When the auto-renewal box is checked, your current Contract will automatically renew for another standard 7 Day period with the same Faction upon completion of the previous Contract.
This toggle can be set either when the Contract is first being accepted, or later at any point during the Contract.
To have access to the auto-renewal checkbox in the Contracts interface you must possess the Manage Contracts permission.
Faction Play Interface Fixes and Changes
• Call To Arms: Fixed a rare issue where a Call To Arms could appear empty.
• Chat: Fixed an issue where the chat would remain visible with the Hide Overlays button active.
• Chat: Fixed an issue where the Faction Chat tab would not appear highlighted when first accessing the Faction Play interface.
• Conflicts Panel: Conflicts Panel now has a title header. Its name was previously only visible in the minimized tab at low resolutions.
• Conflicts Panel: Clarity improvements for Conflict, Faction, and Planet information within the Conflicts Panel.
• Conflicts Panel: Fixed some highlighting issues visible at high Gamma values in the mouse controls panel.
• Conflict Details: Various clean-up improvements to the Conflict Details interface.
• Contracts: Improved the speed with which Contract information is populated when accessing the Contract interface.
• Drop Deck Management: Fixed an issue where the 'Slot Currently Empty' text could be cut-off.
• Factions: Fixed an issue where the player would be unable to select a Faction Banner if their mouse remained over it while the Banner was moving to the center.
• Home: Fixed an issue where Mercenaries could possess the Freelancer icon.
• Inner Sphere Map/Conflicts Panel: Fixed an issue where players would be unable to re-select a Planet they had previously selected after selecting another Planet in the vicinity.
• Inner Sphere Map/Conflicts Panel: Mouse Control panel is now greyed-out when viewing Planet Details.
• Inner Sphere Map/Conflicts Panel: The camera will now only reset when clicking on a specific Conflict, not whenever the player clicks the Conflicts/War Log tabs.
• Looking For Group: Fixed an issue where players could click the LFG button while preparing to drop, forcing them into an error state. The LFG button is no longer clickable while preparing to drop.
• Scouting: Fixed an issue where the numbers within the Planetary Advantage tracker would flicker while in the Scouting pre-drop screen.
• Units: Setting the Unit Message of the Day is now performed within the Unit interface. It is no longer available through the Inner Sphere Map interface.
• Units: Disbanding the Unit is now performed through the Unit interface. It is no longer available through the Inner Sphere Map interface.
• Units: Greyed-out checkboxes for Permissions available only to the Unit Leader have been removed for better clarity.
• Units: Fixed an issue where resigning Unit Command to another member could keep that member at their current Rank with no means to promote themselves. When a member is assigned Command they will now be promoted automatically to the highest rank.
• Units: Fixed an issue where players could navigate interface buttons by using arrow keys in the text entry fields.
• Voting: Entries can now be organized alphabetically by the Faction or System Name columns, or by percentage value for the Percentage column.