A message from the player-run MWO Comp team: 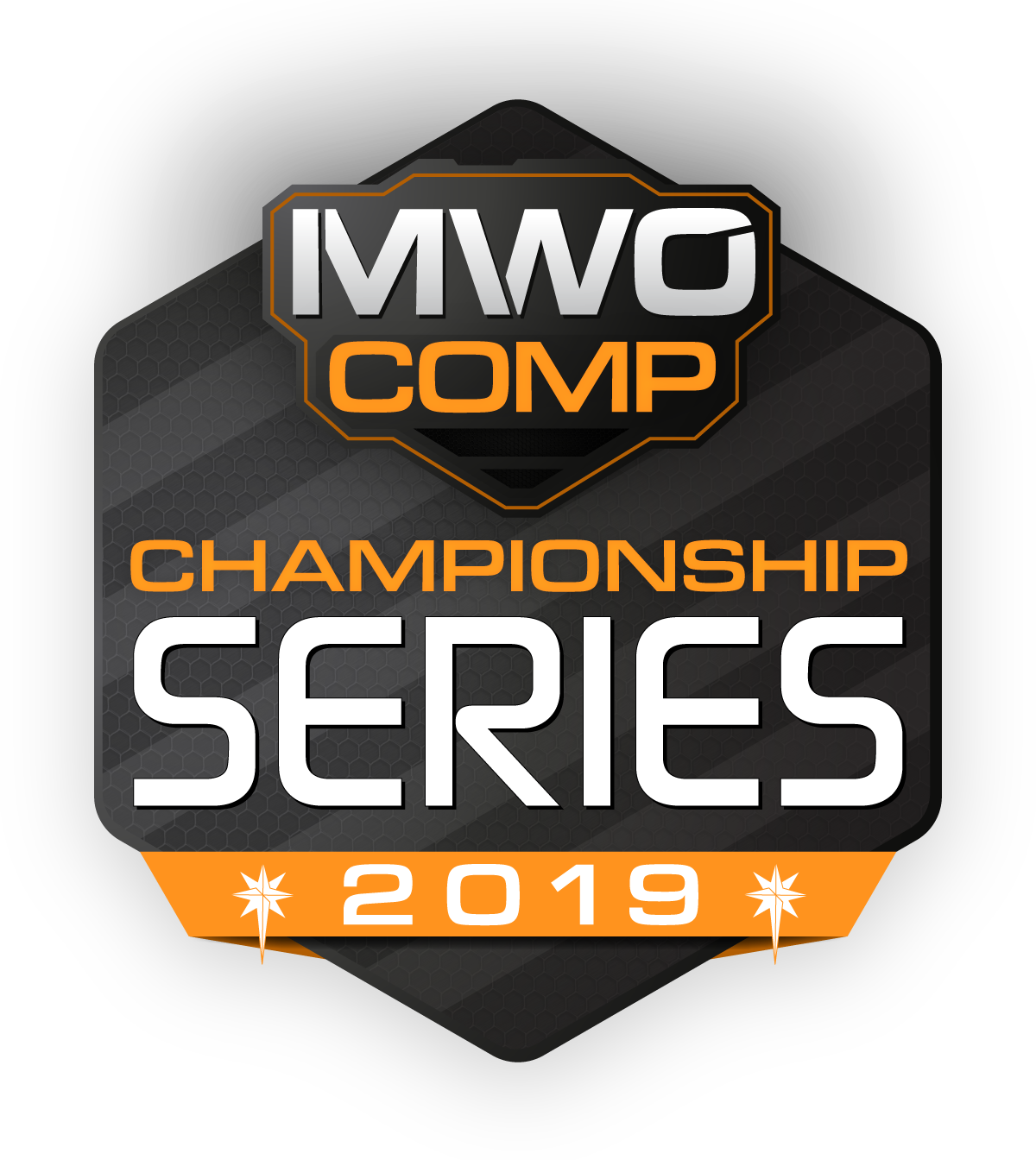 Important Dates
Stage 1: In-game Competitive Queue / Invitational Tournaments
Invitational tournaments: 31st of August & 7th of September
The in-game competitive queue opens on the 20th of August and closes on the 22nd of October every Thursday and Saturday.
Stage 2: Semi-Finals
Starting on the 26th of October through to the 23rd of November
Stage 3: Finals
GF - Majors - Weekend of the 14/Dec/19
GF - Minors - Weekend of the 7/Dec/19 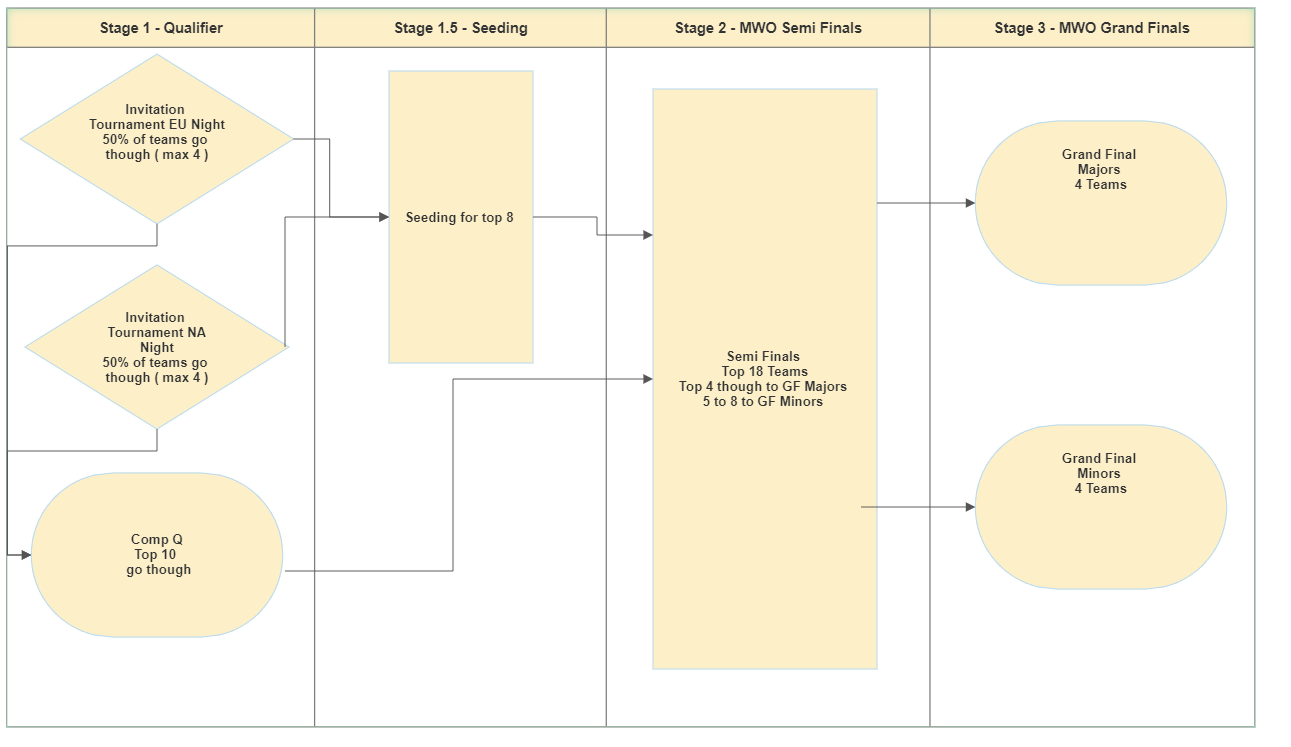 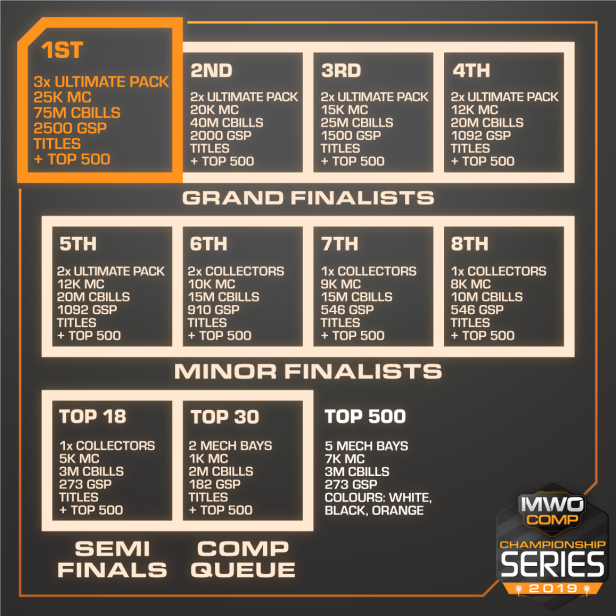 Physical and cash prizes are being sought after, final prizes are to be determined.

Would you like to support the MWO Comp Championship Series 19? You can do so in the following ways:
- Sub or cheer to https://www.twitch.tv/mwoleagues
If anyone in the community wishes to donate some of their time or creations to the prize pool please contact: Live1991#7633 on discord.
We would like to help support the whole MWO community.
Questions?
Please join our discord and we will be happy to answer! https://discord.gg/6wxM5hC
Disclaimer: This is not a PGI official event; PGI is only giving in-game support. The players organizing MWO Comp will be responsible for the tournament and the potential physical or cash prize distributions they may organize.  Anything you choose to donate or personal information you choose to give to the event organizers is solely at your discretion.

Keep an eye out for an upcoming announcement on a Comp themed event and sale!