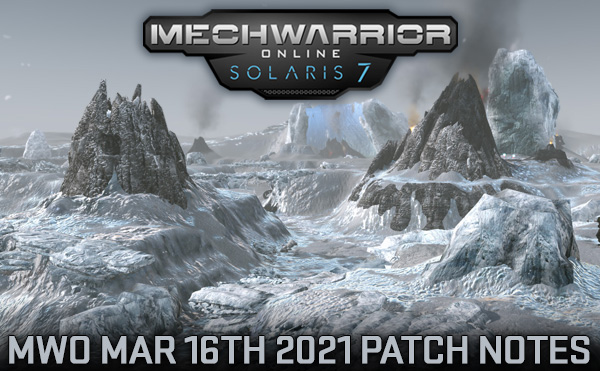 The March patch is upon us, and with that, the final patch of the first Quarter of 2021. As we reflect on our progress so far, we are happy that we've been able to get the ball rolling on MWO development, with very limited resources. That being said, we did have a couple of disappointments in regards to this patch. After examining the Match Score for AMS, we did determine it needed a reduction. However, in pursuing that change we discovered that we need to do more work to the overall Match Scoring system in order to accommodate that change. Therefore, we will be bumping it to Q2, but that will include a more robust examination of Match Score values overall. The second disappointment comes with the Spawn Point fixes to the Tourmaline map. Although we have this slated for Q2 on the Roadmap, we were really hoping we could get the first spawn fix out the door this month. Unfortunately, we encountered complications, and although we tried literally up until the last hour of our available window on Friday, we were unable to solve the issue in time to make the patch. That's the bad news. The really good news is that we've hired a Level Designer who will be joining the MWO team starting today! That means we have a full-time, dedicated team member who will not only fix Tourmaline, but address additional maps with spawn point issues, and begin the work of actually improving existing map design, pathing, and cover. We will introduce you to our new team member soon, but we will say that he has great experience, including working with CryEngine, and he plays MWO!
So as we shift focus to Q2 and the work to come, we look forward to getting into some of the more critical components of the MWO Roadmap with the community. We'll be coming directly to you, with Intel Gathering forum posts, Dev Vlogs, Community Podcasts, and Social Media requesting your input on 'Mech Rescale, Quirks, Agility, Spawn Point Fixes, Map Changes, Jump Jets, Ongoing Weapons Balance Changes, Continued Improvements to the New Player Experience, Solo, Group, and 8v8...yes, all that and more is getting started in Q2! We will also continue bringing you as many Events and Sales as we can manage to get out, including in-game events like the recent Dev and Streamer Hunts, and the monthly FREE 'Mechs including the current Lucky Charms Loot Bag Event with a FREE Grasshopper GHR-5H 'Mech! We also look forward to gaining experience with each patch, continuing to grow our MWO team, and increasing our efficiency and output each Quarter. We look forward to MWO Localization and the new players it will bring to our community. We look forward to new Content, starting with the Stryker Pack in April. We look forward to the attention MW5 will be receiving in the coming months, and the players that will inevitably find MWO as a result. And we look forward to making as many fixes, updates, and changes to MWO as we can, as fast as we can. So thank you for your continued input, feedback, and support MechWarriors!
Sincerely,
The MechWarrior Online Team
CHANGES

Prior to this patch, the last gameplay balance adjustments that were applied to MWO took place with the introduction of the Dervish in the June 2019 patch. For this first gameplay balance pass in over a year and a half, we wanted to go big with the limited resources we had available to us, and shake things up in a way that will be seen as a more aggressive change than we have typically made in the past. Due to the nature of such changes, we will be monitoring performance metrics, and getting direct feedback from you as to how these changes are affecting the game, and how they're being received by the player base. We'll then bring these metrics, plus the gathered feedback, back to the community to discuss and begin establishing objectives for upcoming Weapon Balance iterations.
ENERGY

We're playing with the PPC lineup in a way that gives us more overall design space to find a niche for the many PPC sub-types in the game, as well as promote different overall battlefield roles. To this end, we are providing the baseline PPC a 20% boost to the up-front damage, at the expense of 20% less overall DPS with different sub-types of the weapon having variations on this change.
The ultimate goal is to better reward the PPC players that successfully play to their weapon strength, but also open them up to a bit more natural counter-play when pressed by more close range-focused 'Mechs.
PPC
ER PPC
LIGHT PPC
HEAVY PPC
SNUBNOSED PPC
CLAN ER PPC
BALLISTICS
With the reinforcing of the PPCs role, we wanted to apply similar changes to the Gauss Rifle, and help the Light Gauss Rifle to better compete in this space.
GAUSS RIFLE
LIGHT GAUSS RIFLE
HEAVY GAUSS RIFLE
CLAN GAUSS RIFLE
AUTOCANNON 2 (ALL)
AUTOCANNON 5 (ALL)
AUTOCANNON 10 (ALL)
AUTOCANNON 20 (INNER SPHERE)
AUTOCANNON 20 (CLAN)
MISSILE

MRM 10
MRM 20
MRM 30
MRM 40
EQUIPMENT
MASC
In the early days of MASC, due to technical limitations at the time, it was initially introduced as more of a raw mobility boost, as opposed to a pure speed boost. We have decided to tune this piece of equipment to be more focused on the sprint speed boost, rather than a global mobility boost, and provide a significant increase to the amount of time that players can leverage the equipment boost before you take damage. Give the new MASC settings a try, and let us know what you think!
The following are universal changes, affecting all MASC units:
The following changes are specific to the following MASC units:
MASC MK 1
MASC MK 2
MASC MK 3
MASC MK 4
MASC MK 5
CLAN MASC MK 1
CLAN MASC MK 2
CLAN MASC MK 3
CLAN MASC MK 4
Now that these first Weapons and Equipment changes have been implemented, we will be engaging the community directly to determine where we go from here. Remember, the next patch is just around the corner. So get out there and try the new Weapon changes, try the new MASC settings, and most importantly give us your feedback on these changes here. Tell us what we got right, what we got wrong, and what you think we should do next. Please make your posts respectful and useful, and not just "Do everything the Gulag says" or similar sentiments. We have a lot of appreciation for the efforts of groups like the Gulag, and while we will be relying on them even more now as we begin to move deeper into the weeds of MWO development, we have many factors to take into consideration when making significant changes to the game.
NEW TRIAL 'MECHS (Images to be added Monday) 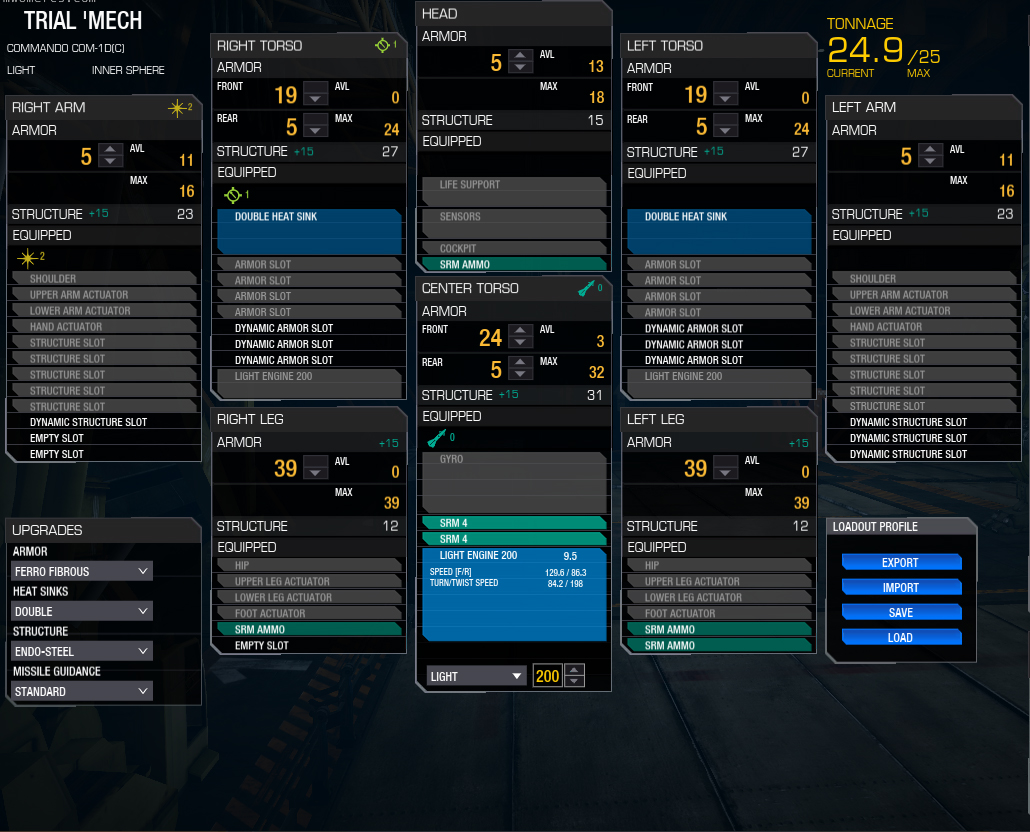 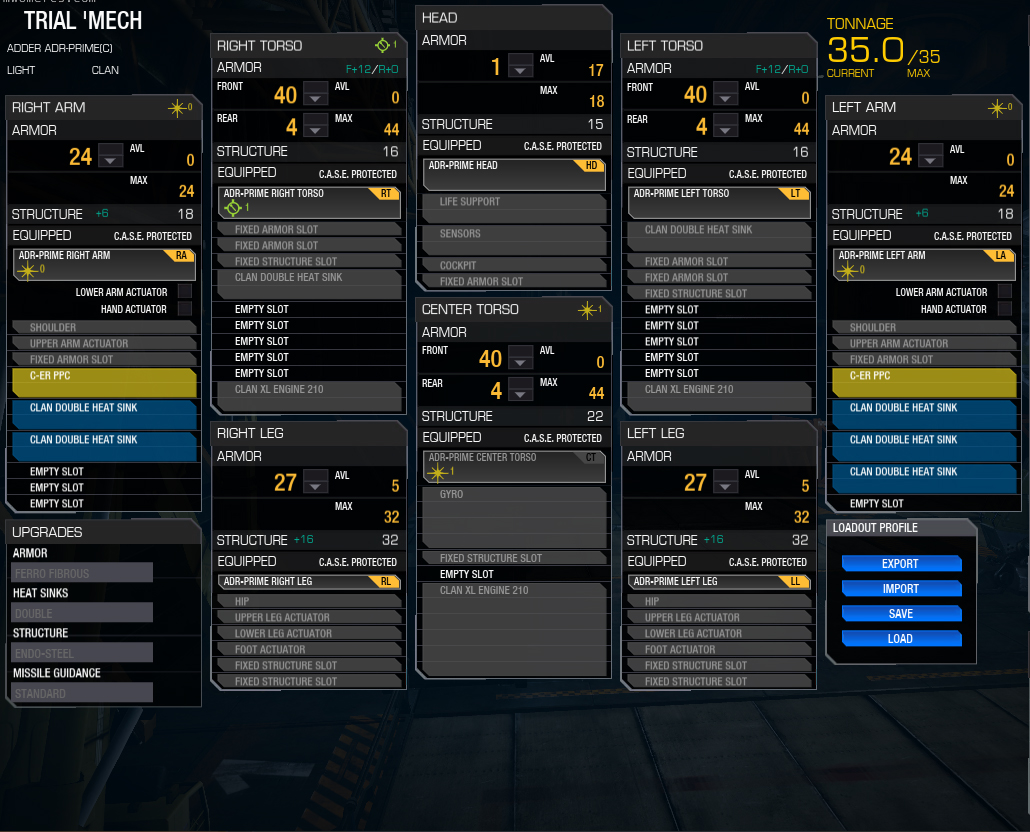 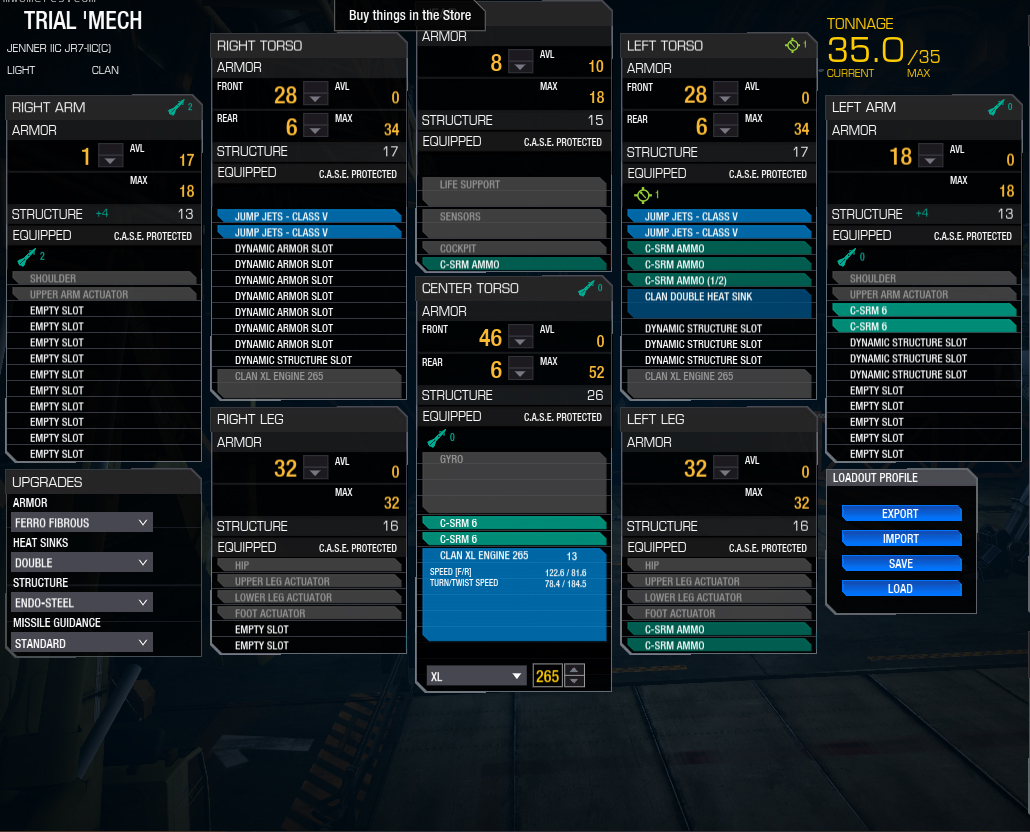 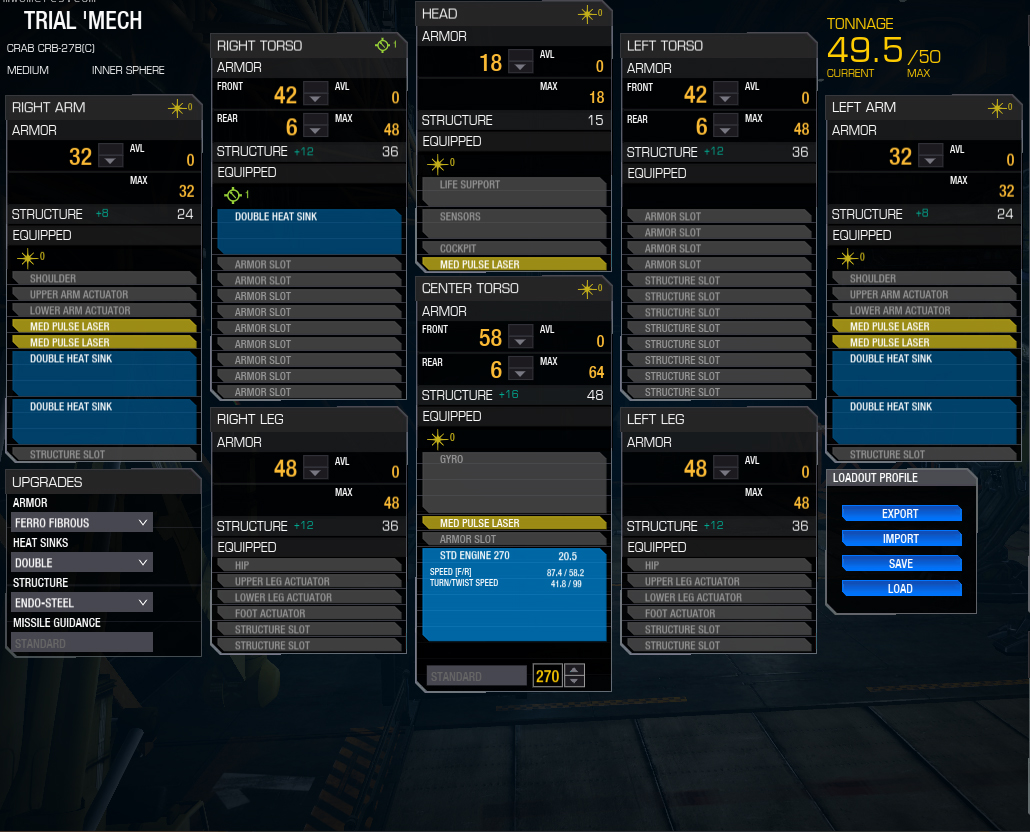 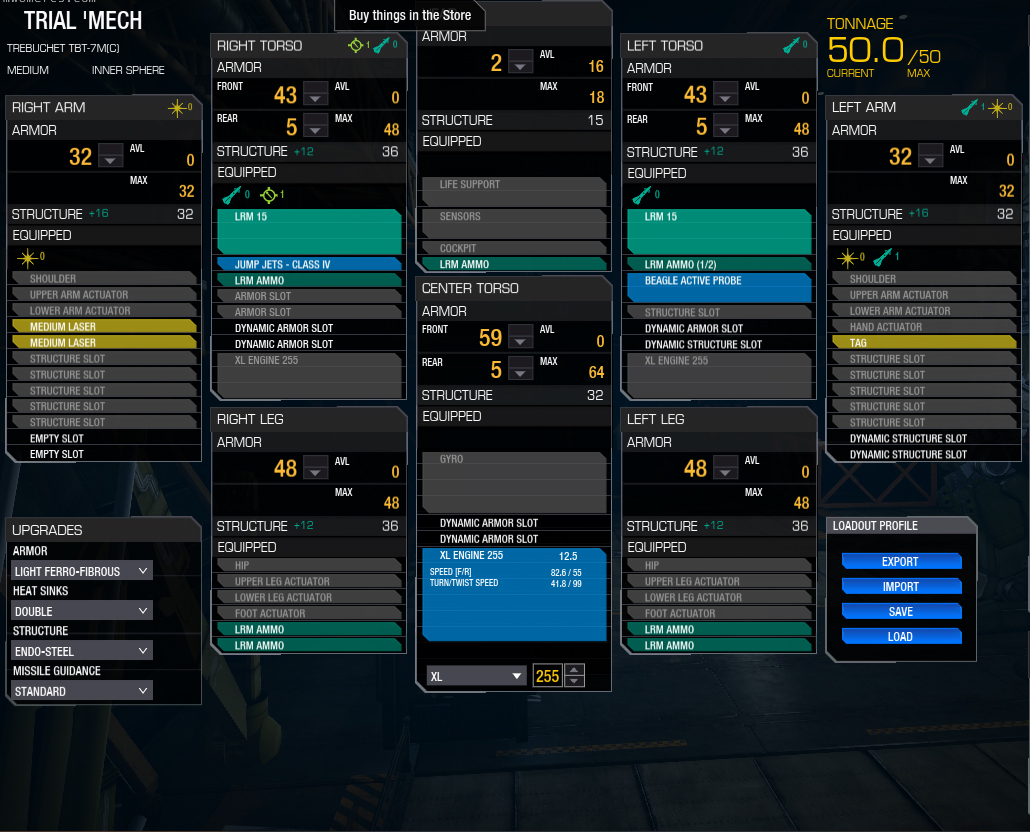 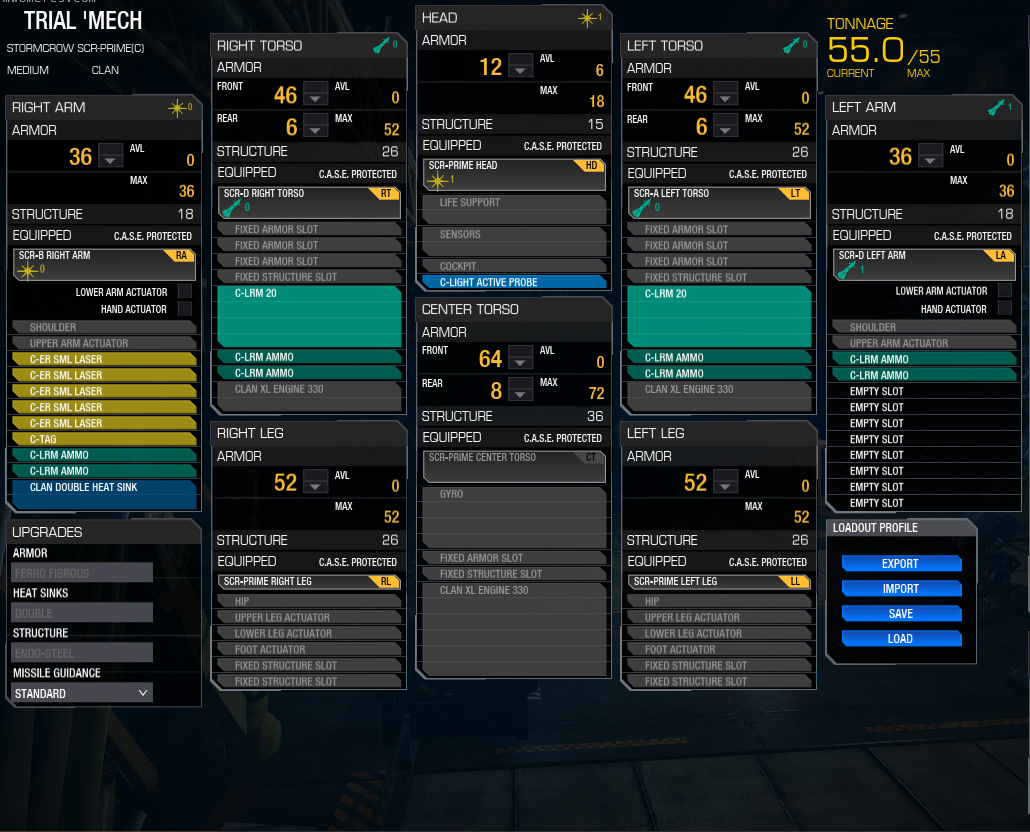 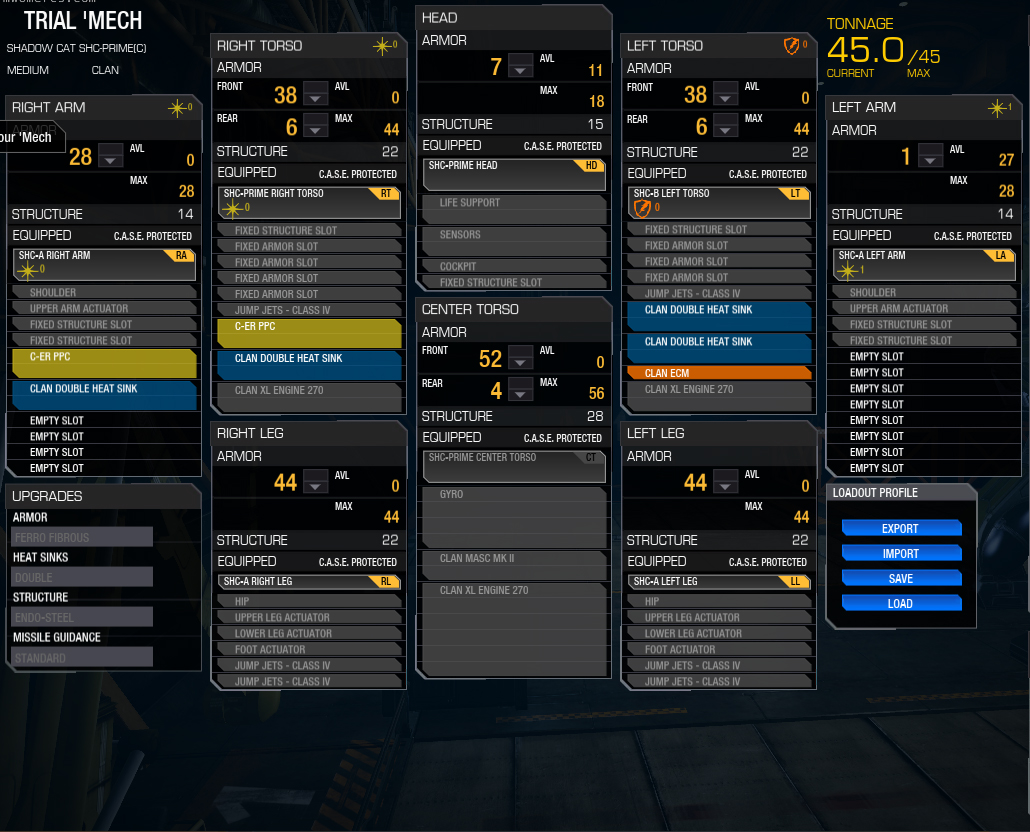 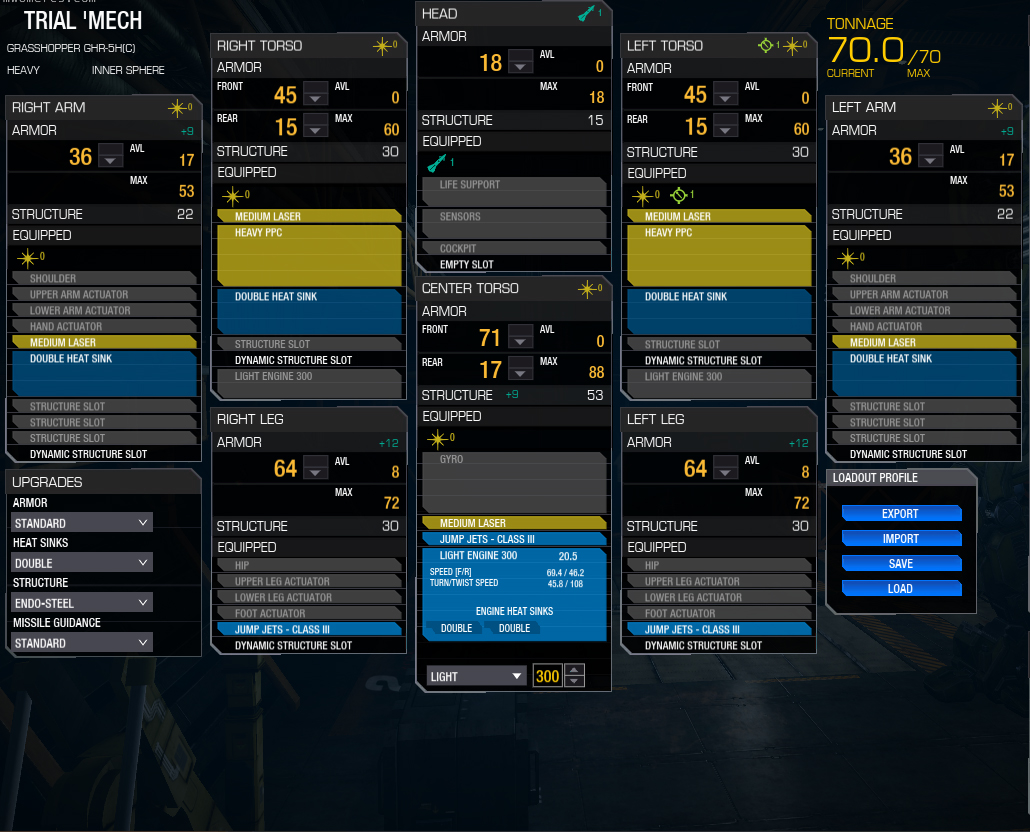 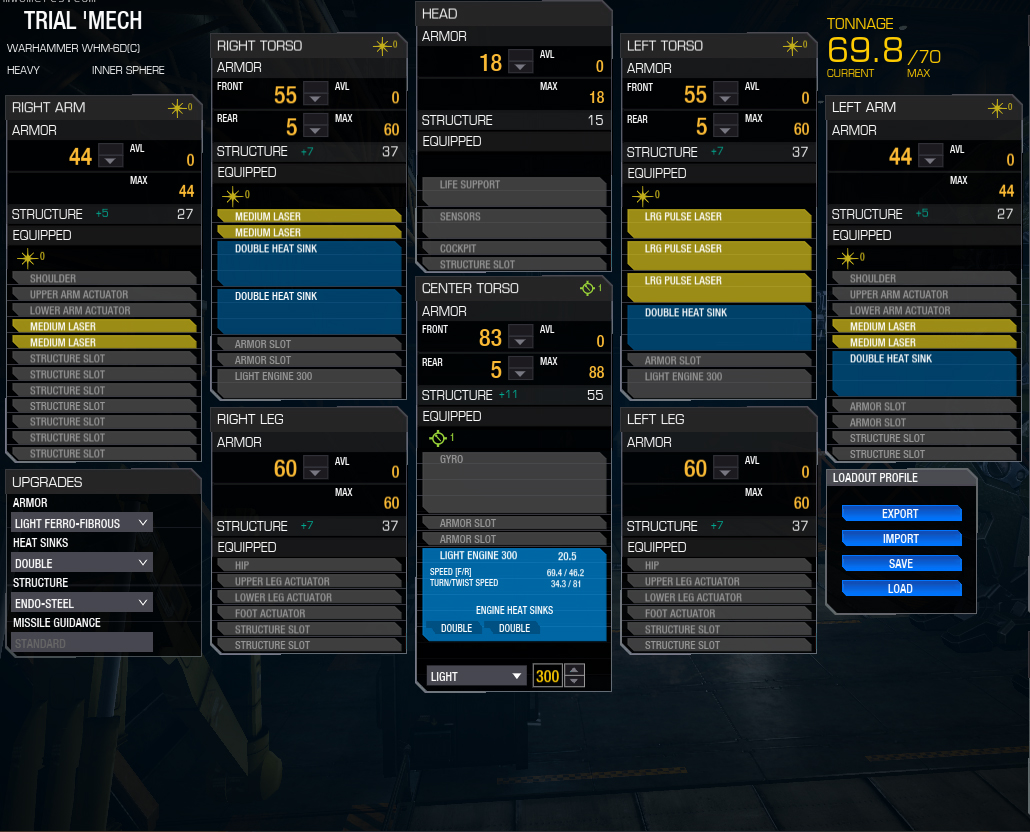 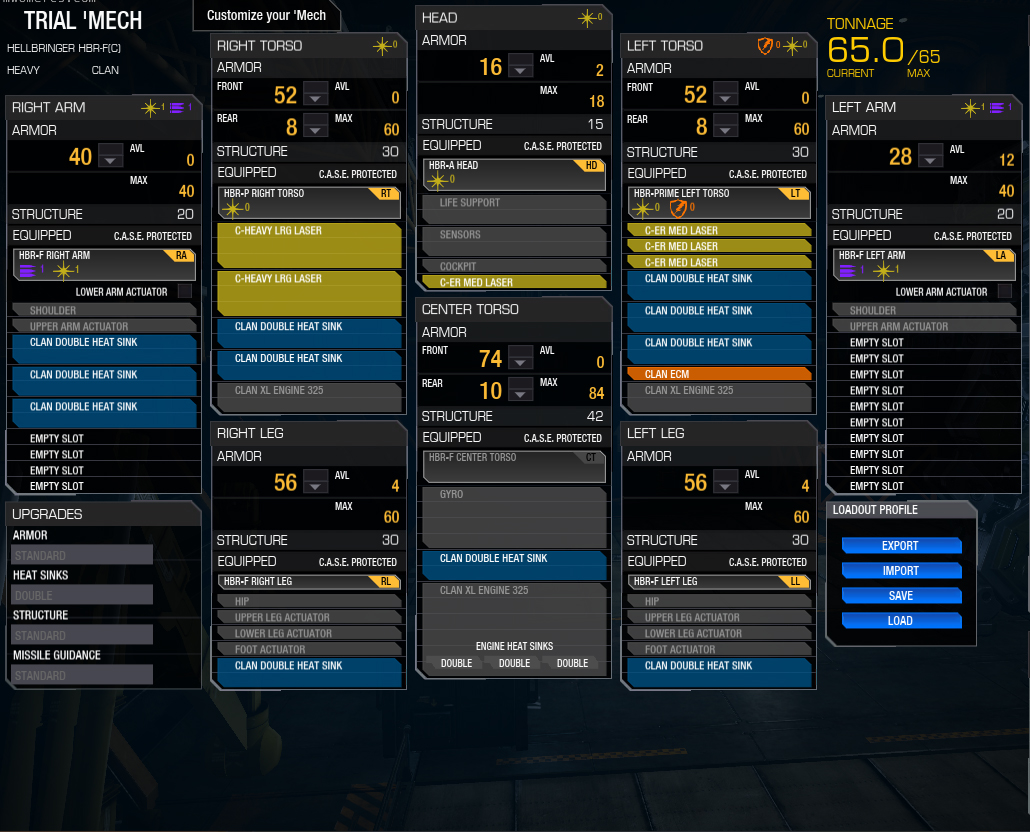 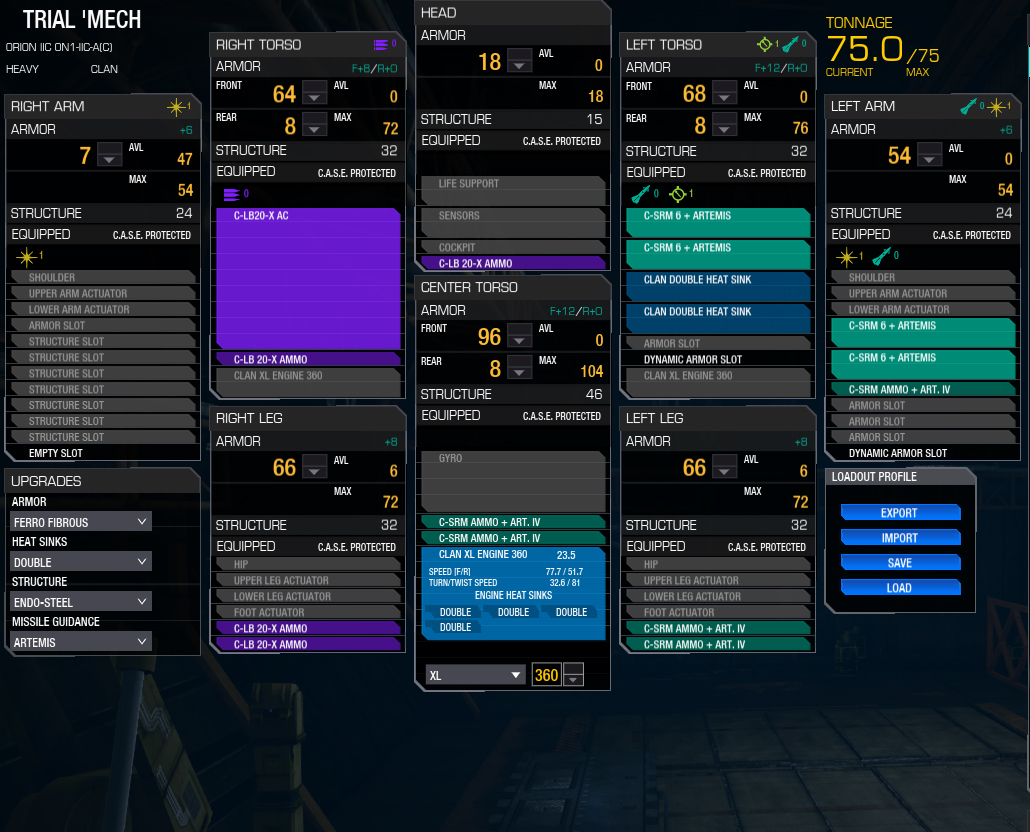 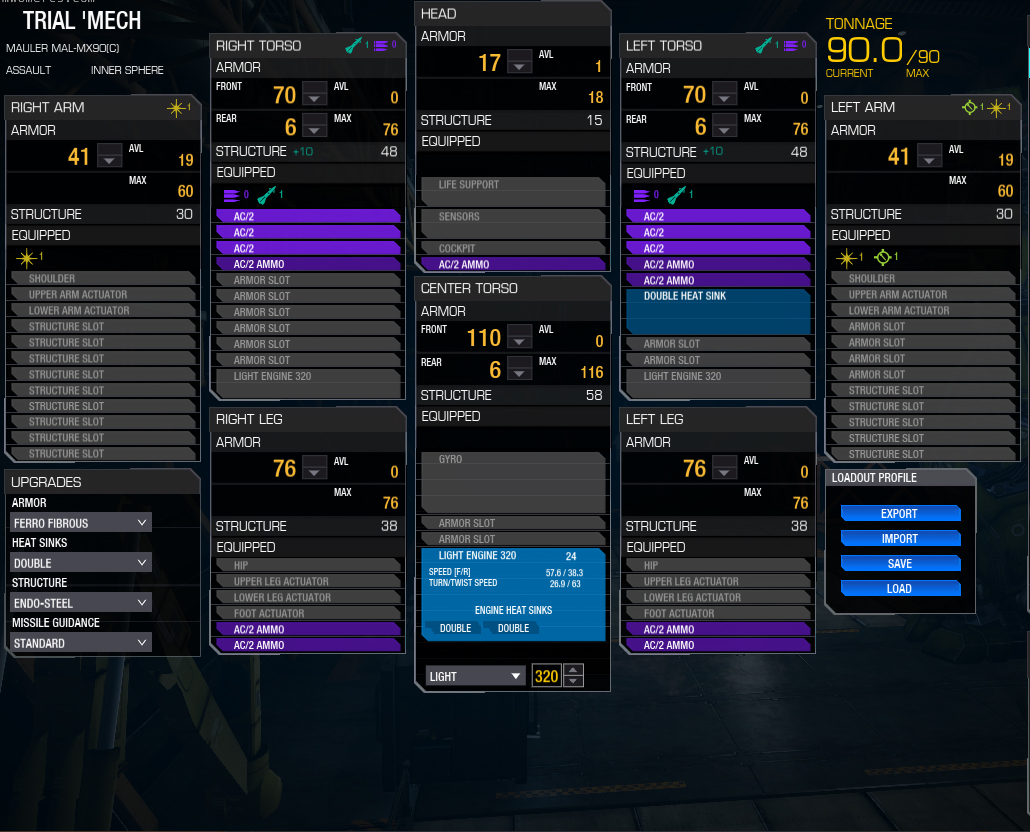 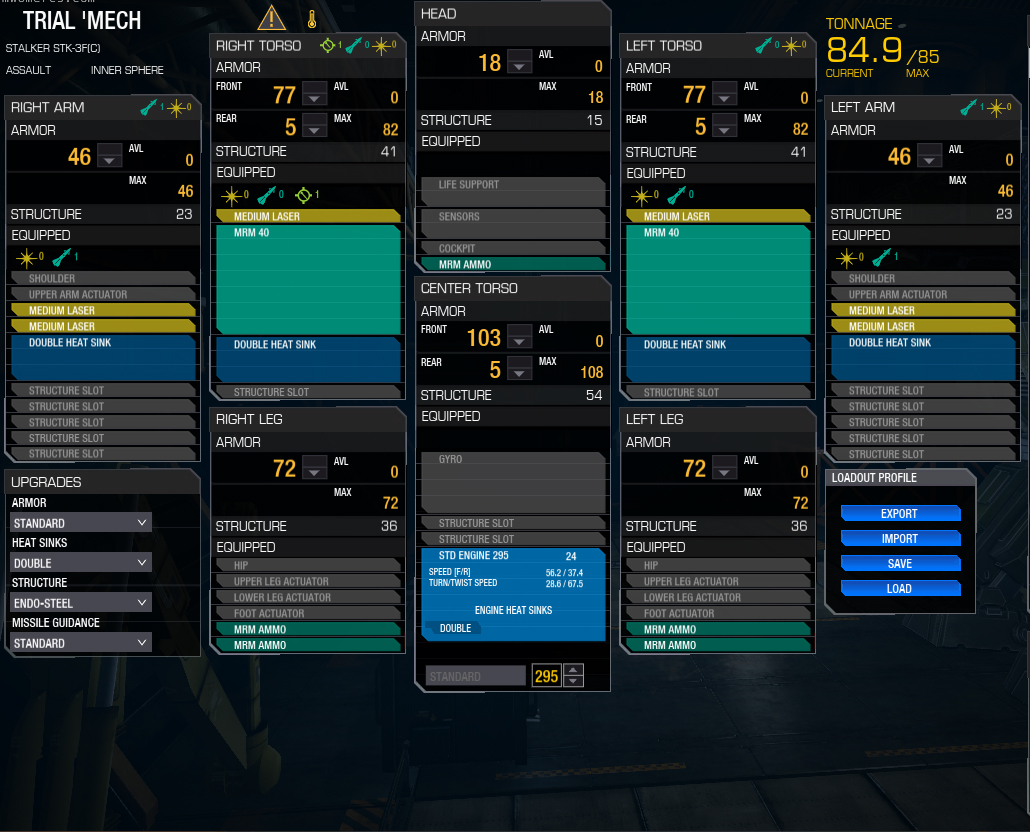 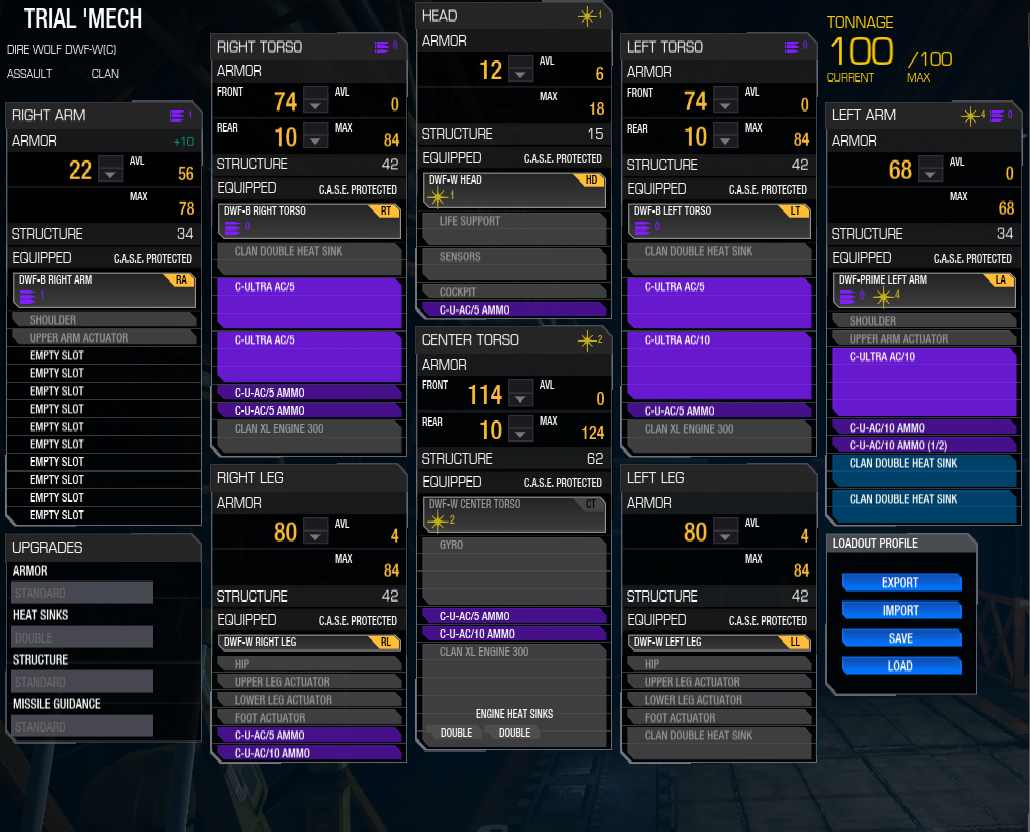 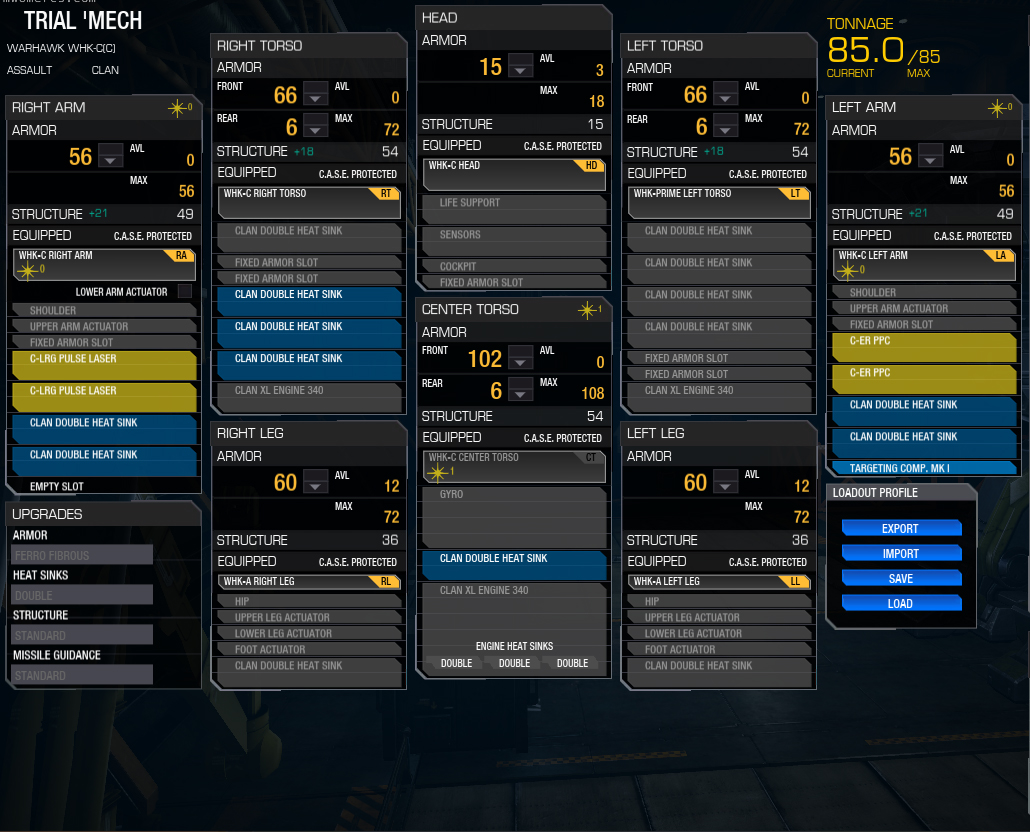 *Special THANK YOU to community member Jay Z for his time, and his suggestions for this month's Trial 'Mechs.
BOLT-ONS - SOME FALL OFF

The Following Bolt-ons now fall off

Replaced the Login Opening Sequence Video and Reduced the Volume to a reasonable level, hopefully saving all of our ears.
LEVEL DESIGN

FIX THE LIGHTING ON CAUSTIC VALLEY 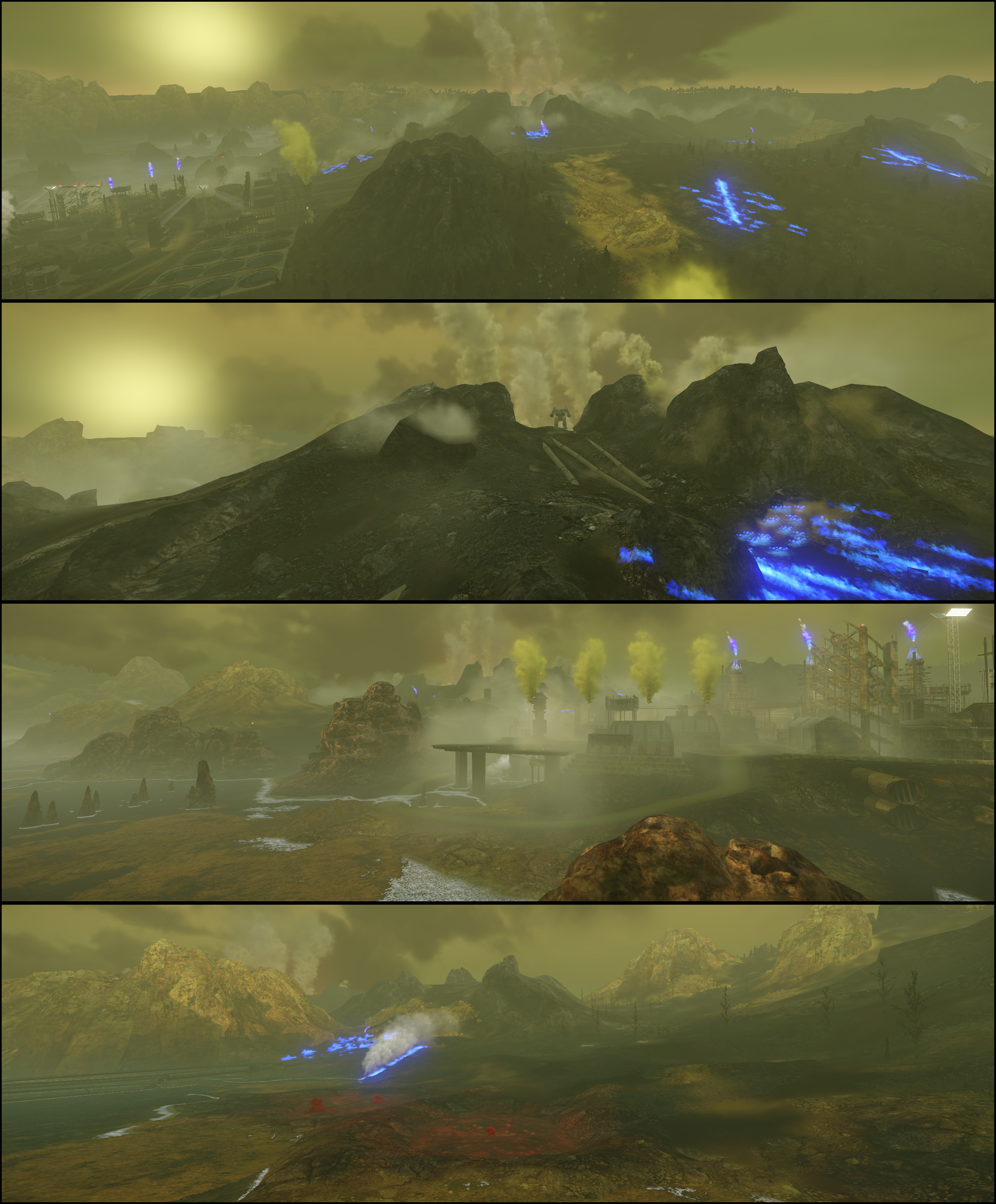 CHANGED THE LIGHTING ON HIBERNAL RIFT

How to use these patch files
• Download the above file(s)
• For sake of ease, we recommend creating a dedicated folder for the patch file(s), such as 'MWO Patch Cache'
• You do not need to unzip or unpack the patch file(s)
• Launch the MWO Portal
• Select the three horizontal lines in the top left of the Portal Window
• Choose the 'Specify Patch File Cache' option
• In the field that appears, paste or enter the location in which you saved the patch file(s) and hit OK
• For example, C:\Users\<username>\Documents\MWO Patch Cache
• Click the blue Patch button
• The launcher will now check the Patch Cache folder you defined. If it locates the required patch files, it will unpack and use those files to apply the patch.
• Once the patch is complete, launch the game