Mech the Fourth be with you. 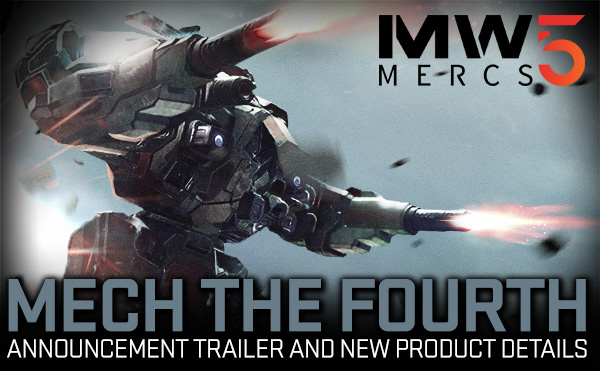 These are the 'Mechs you're looking for!  Check out our new announcement trailer and read on for Key Product Details.

Today we are excited to share key product details for MechWarrior 5 Mercenaries and Heroes of the Inner Sphere DLC.

...along with many more small QoL and bug fixes.

HEROES OF THE INNER SPHERE DLC

New Career Mode - Start a career from scratch in any of the great houses or import your progress from the original Campaign. Completely rebalanced so you can explore the Inner Sphere and build your merc company as you please. Expanded Inner Sphere Map that includes 61 total warzones (+18), 34 Industrial Hubs, and 55 quest lines (+11).

Career Paths - Visit Cantinas to pick up jobs from the Inner Sphere's shadiest characters. Complete 5 different job types to unlock career path rewards including powerful and unique upgrades that tweak properties of your mechs. Career paths work in both Campaign and Career mode!

New Missions - Hunt down 7 new heroes and their hero ‘Mechs in Hero Quests.

Artillery and Airstrikes - Avoid enemy airstrikes, call in air support to deliver devastating bombardments, or use TAG/NARC on specific enemies for precision airstrikes

New music tracks set a more diverse and epic tone to the game.

Go ahead and Wishlist on your Favorite Platform!

See you in the Dropship Hanger,The MechWarrior 5 Team