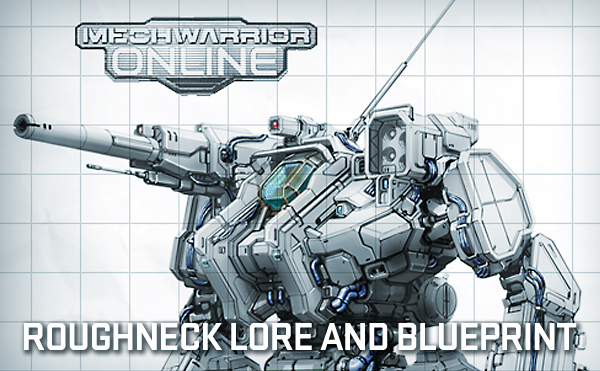 Intermittent static washed Anaya Kone’s sensor feeds in pixelated, vomit-inducing waves. She smiled, barely keeping a cackle in check. Arrogant swine is likely losing his mind over the lack of sensors. Years of piloting an IndustrialMech always give me an edge here.

The dark greens of infrared occluded the cockpit until Anaya almost couldn’t see her hands if she held them in front of her face. But looking out the forward viewscreen, the dark, labyrinthine tunnels of the Ishiyama Class Six arena were picked out in stark details.

Her feet kept up a light rhythm on the BattleMech’s foot pedals as her sixty-five-ton Roughneck stepped agilely around rocky outcroppings and low-hanging stalactites. She blinked stinging sweat from her eyes as her muscular frame swayed and unconsciously synched with the movements of the BattleMech. The neurohelmet encasing her head in comforting claustrophobia—its sensors touching the shaved sides of her scalp, as she preferred—imbued additional grace to her BattleMech piloting.

Scores of pundits and even other MechWarriors mocked her for such flights of fancy, but she knew different. How many high and mighty MechWarriors from noble lineages had she toppled from their arrogant pedestals? She knew who she was and what they were. And she was right. She padded the armchair of her Reaver with affection—they underestimate you every time as well, don’t they.

The cackle bubbled along lips pressed against the volatile outburst. Not yet. Not yet.

On the verge of taking another step, she abruptly wrenched the throttle back, pausing with envious ease. Her Roughneck held motionless, one leg in the air. Some sixth sense, some itch along her scalp she could never scratch. She eased the leg down and backed up. Fingers flew across sensors that narrowed their range and focus right onto the tunnel floor in front of her. Ran a magscan. Caught the telltale flicker of odd metals.

Anaya slowly backed her BattleMech farther up the tunnel she’d been traversing, then dropped crosshairs well down the way and eased into the pull of the trigger on the right-hand joystick. The dark green of infrared flashed whiter as meter-long tongues of pure white light licked out from two General Motors Nova-5 Ultra autocannon. Despite the hermetically sealed cockpit, the thunderous roar of the weapons—drastically amplified by the close confines—hammered through her body until her molars seemed to vibrate with the frequency.

She opened a comm channel and tapped into the Ishiyama feed that allowed MechWarriors to taunt each other, despite the communication issues within the tunnels. The crowds loved that crap...and truth be told, so did Anaya.

She cut off the response, knowing the abrupt dead line would push the swine into hysteria. Always so easy to drive them insane. Despite a brilliant legacy of female MechWarriors—the Black Widow…duh!—too many men still seemed to think the domain belonged to them. And then toss in her utter lack of noble blood and her self-taught BattleMech skills learned from piloting filthy IndustrialMechs…she could get them into a lynching mood just by raising an eyebrow. And how she loved to raise an eyebrow.

The vibrations of the advancing Warhammer announced her opponent was coming. Reckless as ever.

The moment the BattleMech belted around the corner—so fast he careened into a wall with rock-exploding force and almost bounced off it—he let fly with twin cerulean beams of man-made lightning. Despite the mad dash, wall-bounce, and distance, one of particle projector cannons landed home, burning a rivulet of liquid metal across her Roughneck’s center torso.

She winced as though the hit were against her own chest. She always did. He may be an arrogant pig, but he’s still a dangerous swine.

Anaya toggled the paired autocannon into their Ultra mode, brought the targeting reticule in line with the ground in front of the Warhammer and opened fire. If possible, the deep-throated thrum was even louder. The stream of metal rounds lancing downrange, along with the Warhammer’s forward momentum, instantly focused the damage onto the seventy-ton BattleMech’s weakest part: its legs.

Her smile grew bigger as her opponent kept plowing toward her without missing a beat, letting another PPC fly—not both…too much heat—trying to close the distance to bring its close-range weaponry online.

She toggled Ultra mode again—glad her company sponsor didn’t care about wasted ammo expenditures as long as she brought home wins—and let fly. Armor shattered and mangled on the Whammy’s legs as the autocannons continued their assault.

Right…about…now…. She stabbed the secondary trigger, and dual ChisComp 43 Special large lasers momentarily flashed the infrared viewscreen white. She blinked rapidly against the harsh contrast. One shot seemed to have scored on her opponent’s right leg…just as it came down on the exact spot she’d almost stepped on herself.

The minefield exploded with terrible destructive force, wrenching the already damaged leg until the ankle structure shattered and sheared off at the foot, toppling the behemoth to the ground.

Anaya Kone finally let loose. Her maniacal laughter erupted until tears sparked in her eyes with the dark mirth of it all as she stroked the armchair of her beloved Reaver.

Another victory under her belt.

Following the massive success of the Powerman-class LoaderMechs released by Sitwell Corporation beginning in the twenty-ninth century, other corporations moved into that lucrative market. While Achernar BattleMechs is most known for its BattleMechs, it manufactures several IndustrialMechs, including its most famous, the Dig King, along with the Loader King, a direct competitor to the Powerman.

During the initial Clan Invasion, BattleMech facilities across the Inner Sphere ramped up to the massive levels of production required to try stopping the onslaught. For Achernar BattleMechs this included their standard line of Locusts, Enforcers, Dervishs and so on. However, one lead designer had a wild idea: start with the Loader King as a superb design known for taking a hell-of-beating and still delivering decade after decade. Then overhaul the appropriate parts with BattleMech-grade components. While many balked at the radical idea, the designer forced the program through. (According to rumor, the designer had serious dirt on the CEO).

The original design, the RGK-1A, is incredibly low-tech, only mounting a small laser, AC/10, SRM 4, and triple machine guns; the only nod to modern technological developments was the inclusion of CASE. While Achernar ultimately proceeded with the experiment, they ensured it would be as cheap and easy to produce as possible, making it directly marketable to militias and down-on-their-luck mercenary outfits.

However, Achernar also took all the latest technologies to build a Roughneck destined for the Class Six arenas of Solaris VI. Mounting an XL engine, endo-steel structure, and double heat sinks, it allows the sixty-five-ton machine to mount paired Ultra AC/5s, large lasers, and medium lasers, along with a Streak SRM 2.

Descended from warriors that were exiled by the Arkab Legions a century ago, Anaya Kone is a true underdog story. Although her grandparents and parents swore off ever piloting BattleMechs again, Anaya discovered the glories of her heritage dating back a millennia, and nothing would stop her from seizing her destiny. However, with her parents’ strict disapproval, and her low means, the only path left open was as a self-taught Loader King pilot. Living in the cockpit, Anaya grew to an expertise that far surpassed any other crew, drawing notice from above. When it came time to test pilot the new Roughneck, she was the logical choice and took to her first full BattleMech with a natural aptitude and a ruthless desire to win.

Anaya and her Roughneck, “Reaver,” are reprehensible to most of the noble lineage MechWarriors families, but that doesn’t stop her from defeating every one of them and laughing manically along the way.