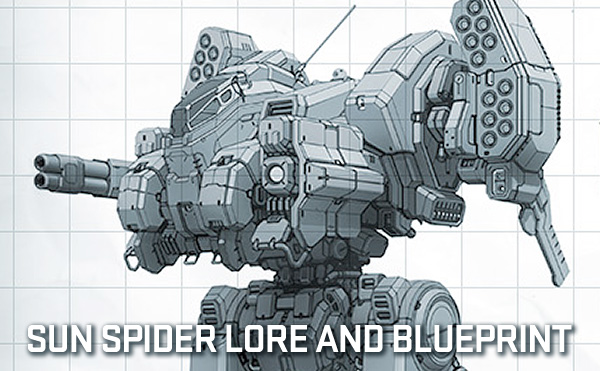 Star Colonel Tabok’s breath came quick and fast, wheezing between a gritted jaw and clenched teeth as the buffeting continued unabated. His Sun Spider, Manul, almost vibrated, staggering like a drunkard. The cacophony reached pain-threshold levels despite the hermetically sealed cockpit and the tight-fitting neurohelmet completely encasing his head.

As the mental and physical assault continued—a near-constant dance of pedals and joysticks to keep his seventy-ton OmniMech upright—dark memories coalesced. They bubbled to the surface and burst with the fetid stench of rent flesh. Surgical agony. Infectious blood clots and rejection. Phantom pains of missing skin and limbs.

In many ways he was stronger and faster than before, now enhanced with a vast array of cybernetic implants and limb replacements. And he’d accomplished much in the two years since those terrible injuries at the hand of a superb Clan Smoke Jaguar warrior during a Trial of Possession for some second-line BattleMechs fresh off the Tokasha MechWorks production line. The months of convalescence and relearning how to work his body and mind. The additional months of harsh—even brutal—retraining. And finally a new Trial of Position that allowed him to not only retain his precious MechWarrior status, but to excel and now sit as Star Colonel of the Fourth Scorpion Cuirassiers.

Yet despite all such accomplishments, under some circumstances the body and mind still remembered. Still rebelled. Still reminded Tabok that technology permeated his body—cybernetics fused into puckered scars of flesh. That despite all his glory some of his own caste averted their gaze from the black limbs, the mottled scars on his face, and his electronic eyes.

He closed them, drew a deep breath in. Unclenched his jaw. He breathed out the echoes of pain and let go such shame, knowing that in the kaleidoscope of chaos unfolding around him, the warriors of his Cluster stood by him. They would march into the hell of the Inner Sphere fighting, or stand right here on this rock in the Kerensky Cluster and fight and die by his side. There was no greater pride, no better salve to the internal wounds.

As the memories fell away and his pain subsided, the yearly blizzard which hammered the Tokasha MechWorks serendipitously eased its power. The hammering of kilogram-and-change hail that could actually dent armor dropped away, the abrupt silence almost deafening by contrast.

“Star Colonel,” a gravelly voice spoke on the commline. “That was particularly vicious, even for a February storm. You seemed… You are not having… visions, Star Colonel? I know some have wondered openly if you will embrace Seekership. But seems a bit early, quiaff? There is still an enemy out here somewhere trying to take our production run again.”

From a lesser warrior the rib might have been an insult for how badly Tabok had been stumbling. But Jutil was a warrior’s warrior and stood by him in staunch support.

“Neg, Star Captain,” Tabok replied good-naturedly. “I was letting Manul pilot herself in the storm. Between the wind and hail, she did well, quiaff?”

If not for the quick spark of a tone lock from incoming fire, the missiles that exploded tumultuously across the upper torso of Tabok’s OmniMech would have felt suspiciously as though the hailstorm had returned.

This is better. Much, much better. The Stormcrow that appeared out of the swirling snow followed up with emerald beams of medium pulse lasers that bled rivulets of molten armor on the Sun Spider’s upper torso and right arm.

With preternatural speed provided by his enhancements—honed through long years of raids—Tabok brought his large laser and ultra autocannon immediately into line, and he eased into the trigger on the right joystick. As the booming cough of autocannon fire splashed damaged across the enemy OmniMech, Tabok smiled.

I’ll trade your twin Streak-six launchers for my quad. A different tone lock sounded as his targeting reticule, pulled into perfect alignment with the fast-moving Stormcrow, burned the bright gold of a target lock resolution. A tap of the secondary trigger sent twenty-four missiles unerringly spinning towards its target.

Despite different flesh, this was what he lived for. There could be no greater calling! He let loose a howl of joy as he pushed the throttle forward and his OmniMech took a powerful step toward another battle and victory.

The arrival of OmniMech technology in 2854 would forever alter the military landscape of the Clan Homeworlds (and of course the Inner Sphere following Operation REVIVAL). By 2858 the Clans were embroiled in a spate of Trials of Possession for this revolutionary BattleMech technology. Clan Goliath Scorpion was no exception, but they lost repeatedly against Coyote warriors that invoked the honor code of zellbrigen to turn any raids into duels, where their superior OmniMechs pressed their advantage.

Shamed by their continued losses, the Scorpions’ Scientist-General Patkirk took matters into his own hands, opening secret discussions with Clan Wolf scientists. While initially rebuffed, Patkirk discovering several of the scientists were from the absorbed Clan Widowmaker changed the tone of the negotiations. While the former Widowmaker scientists had embraced their new Clan, an echo of their original loyalty—and shame—remained. Patkirk carefully pointed out that the Scorpions were ceded much of the Widowmaker enclave on Roche. And while they followed the Trial of Absorption protocols strictly—as required—they were nevertheless generous to the inhabitants of that enclave, welcoming them with open arms. While not warriors, the Wolf-née-Widowmaker scientists still felt the weight of a debt from their previous Khans’ disgrace, and as a way to discharge it—almost a surkairede, or oath of forgiveness—they transferred enough data for the Scorpions to begin their own OmniMech program.

Realizing the entire situation walked a very fine line between unClan-like behavior and achieving such a magnificent success, Scientist-General Patkirk decided to secretly manufacturer a new OmniMech prototype to present to an infuriated Khan still unable to acquire such technology via Trials of Possession. After all, forgiveness would arrive much easier with an OmniMech ready to expunge their continued shame.

Much to Patkirk’s horror, however, the project ultimately proved too secret, and he moved too quickly. Unable to access the full manufacturing and scientific might of Clan Goliath Scorpion, the prototype he proudly named Sun Spider was severally flawed. Compared to other models, the OmniPods took significantly longer to switch out in the field, thus depriving a MechWarrior of the OmniMech’s key tactical advantage.

At the same time Scorpion warriors finally acquired salvageable OmniMechs during a raid against Clan Fire Mandrill’s Kindraa Payne. These OmniMechs would allowed Patkirk to reverse-engineer new Scorpion machines. Faced with his own humiliation and wasted resources, Patkirk quietly buried the existence of the Sun Spider, and it passed into history… until Operation REVIVAL and the grindhouse of the war with the Inner Sphere’s Great Houses.

While the Sun Spider remained a secret, each subsequent Goliath Scorpion Scientist-General knew of that dark side of the Clan’s history. The modern holder of that title chose to bring it to light and present the prototype to his Khan as a way to jumpstart the manufacturing of a new OmniMech—with the latest technology and centuries of knowhow to solve most of the original design’s shortcoming. After overcoming the initial shock, the Khan ordered the Sun Spider into limited production.

Star Colonel Tabok leads the Fourth Scorpion Cuirassiers, known as the Adamantine Hearts. A savage warrior to face on or off the battlefield, he’s riddled with cybernetic implants after a clash on Tokasha with a Clan Smoke Jaguar raid left him severely wounded. While often shunned for his grotesque appearance, his warriors know his heart is ever dedicated to the soldier-ideal and to them. Star Colonel Tabok has even been encouraged to accept the call of the Seeker and embrace the legend he and his Sun Spider, Manul, are becoming.