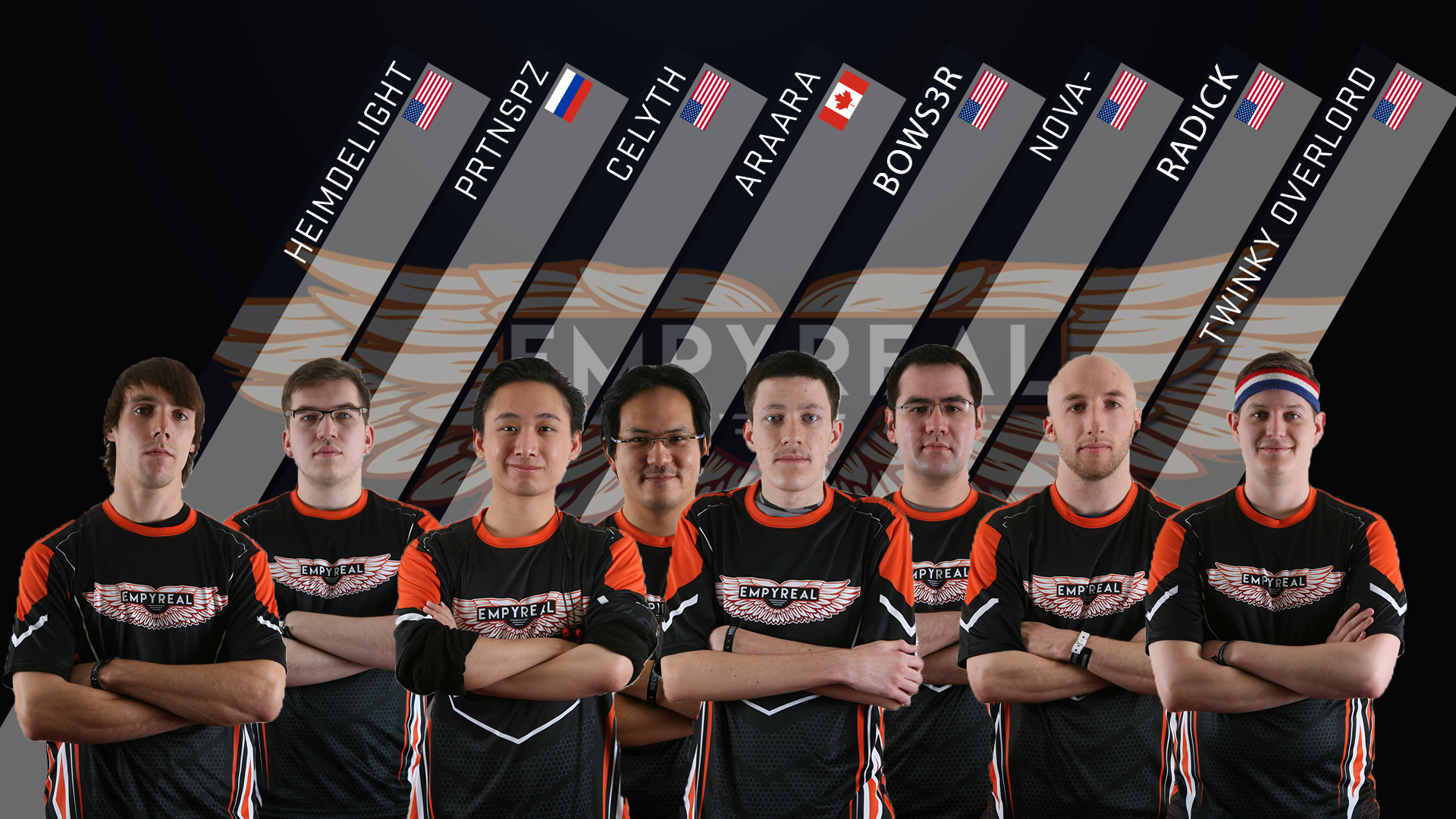 Congratulations to EmpyreaL, the number 1 team of the MechWarrior Online World Championships 2017!
These undefeated champions take gold place for a second year in a row. 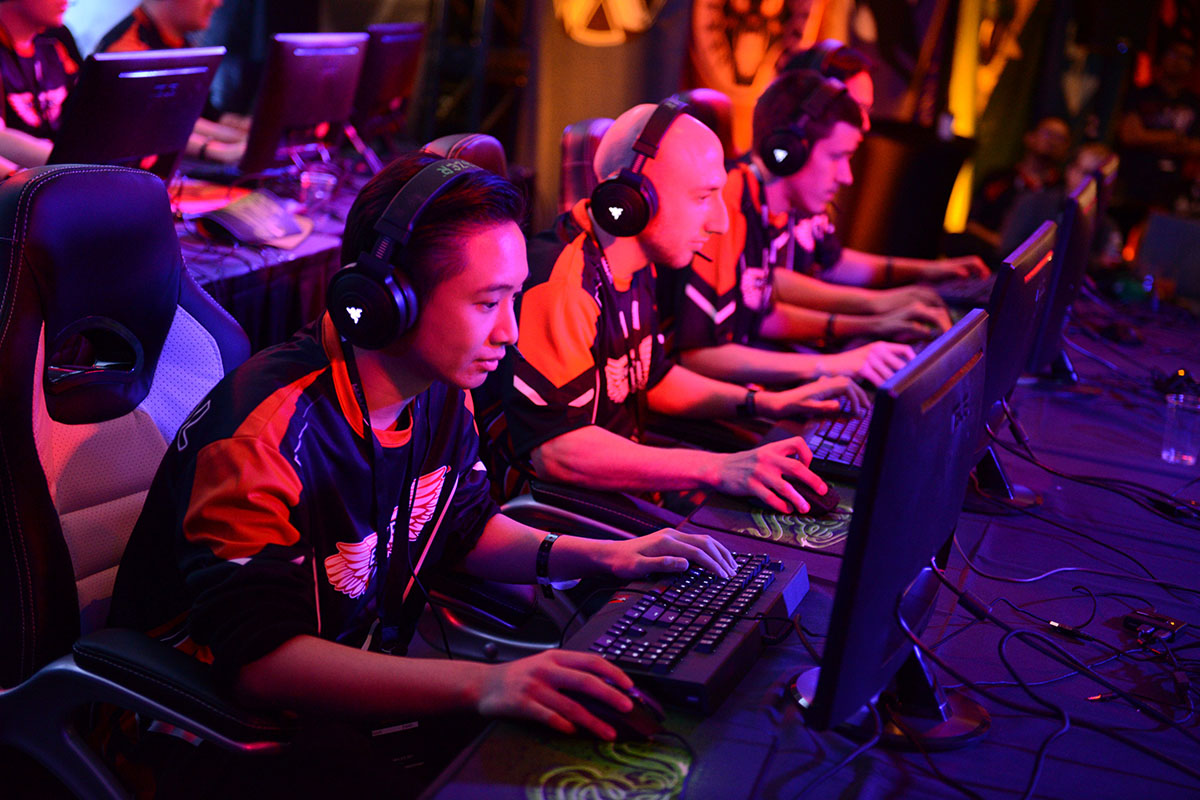 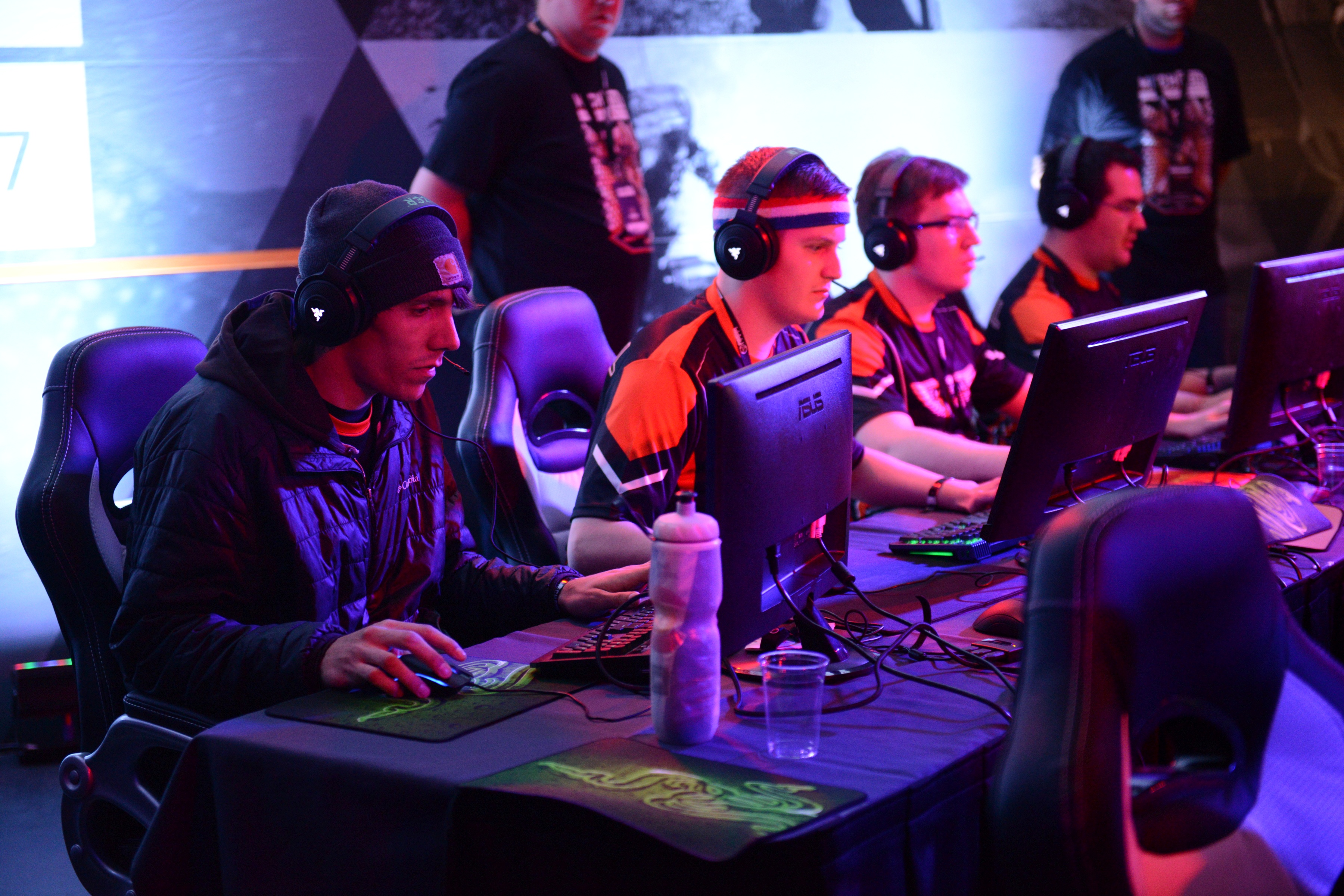 Words from the Shout-Casters:
"Once again, Empyreal (EmP) is the best team in the world. While EON Synergy certainly gave them a challenge, it wasn't through luck that EmP took home their second consecutive world title. There's not a team in the game that is more consistent in their trading, but to me what stands out is EmP's consistency in the technical side of playing. You almost never see an EmP player get caught out of position, or exposing too far from cover. They do all the little things right, all the time, like protecting a hurt leg with the dead leg, or using free look and leg positioning to aim an important arm component without exposing it to fire. Combine that with the fact that they rotate and spread damage better than any team in the game, and it's not a surprise they took home the Championship once again."
-Mdmzero0
“EmpyreaL continues to play at an unmatched level. While the skill gap may be slowly closing, two years in a row they have been able to prove that they are the best team that has ever played MechWarrior: Online worldwide.”
-Bandit B17 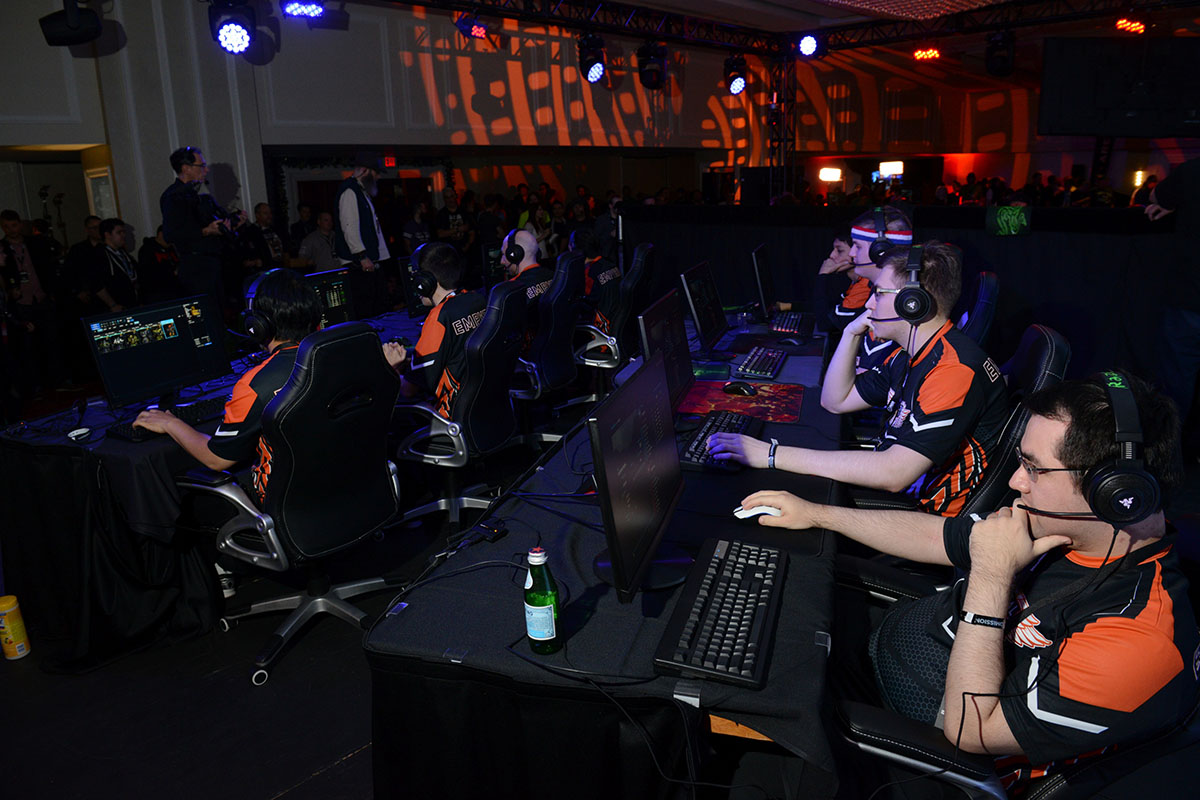 Words from the Referees:

“The amount of skill they have is almost unreal. Of all the teams, they were by far the most relaxed, almost casual in the execution of their plans. Looking to the left you could see EON yelling out targets and orders to each other. On the right was EMP, one person calmly announcing the flanking ‘Mech and the two closest turning to engage. The Team Captain, Celyth giving an order and the whole team reacted. As the matches wore on and the first round against EON lost, the stress showed a little. After a short break and a talk from the coach ALKALIN3, they sat back down, went back to work, and showed us why they are the world champions.”
-MechCon Finals Referee
"Slow and steady wins the race they say and that is exactly what EMP did.  With the first loss to EON the team held together and stayed steady.  Good team communication and strategy saw EMP through to win the day."
-MechCon Finals Referee 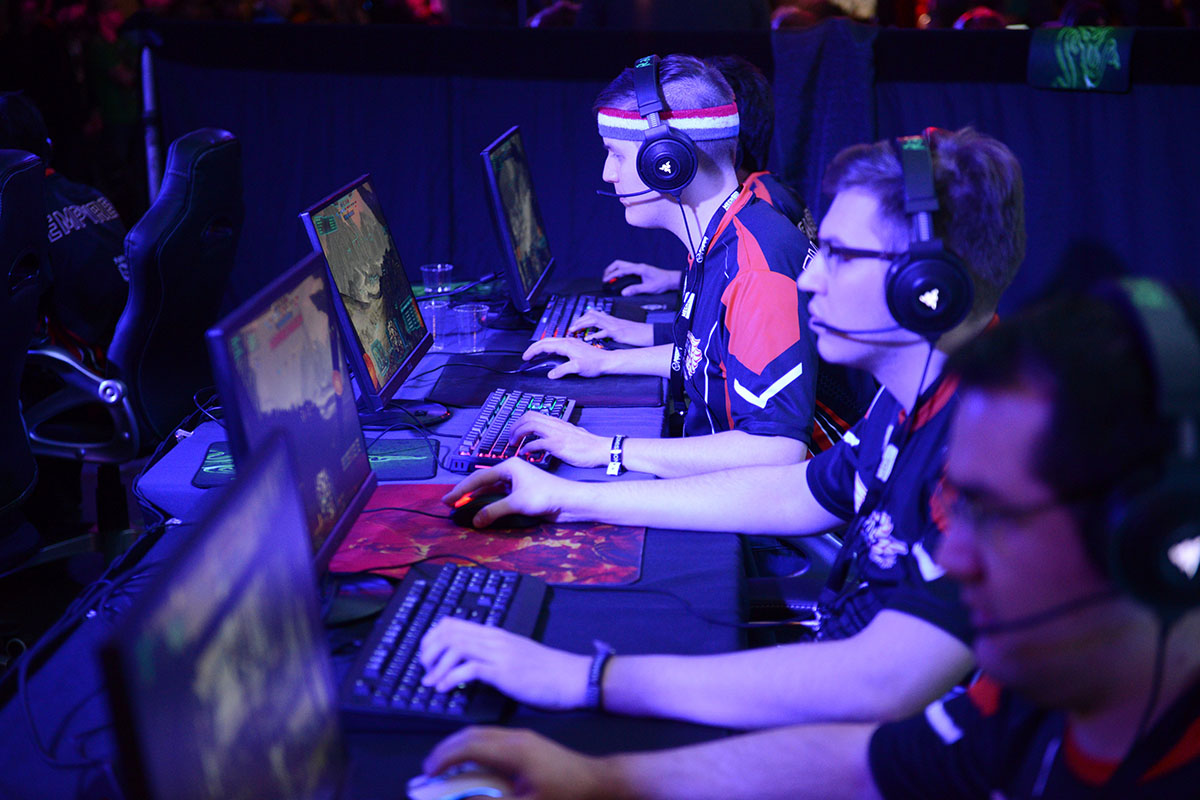 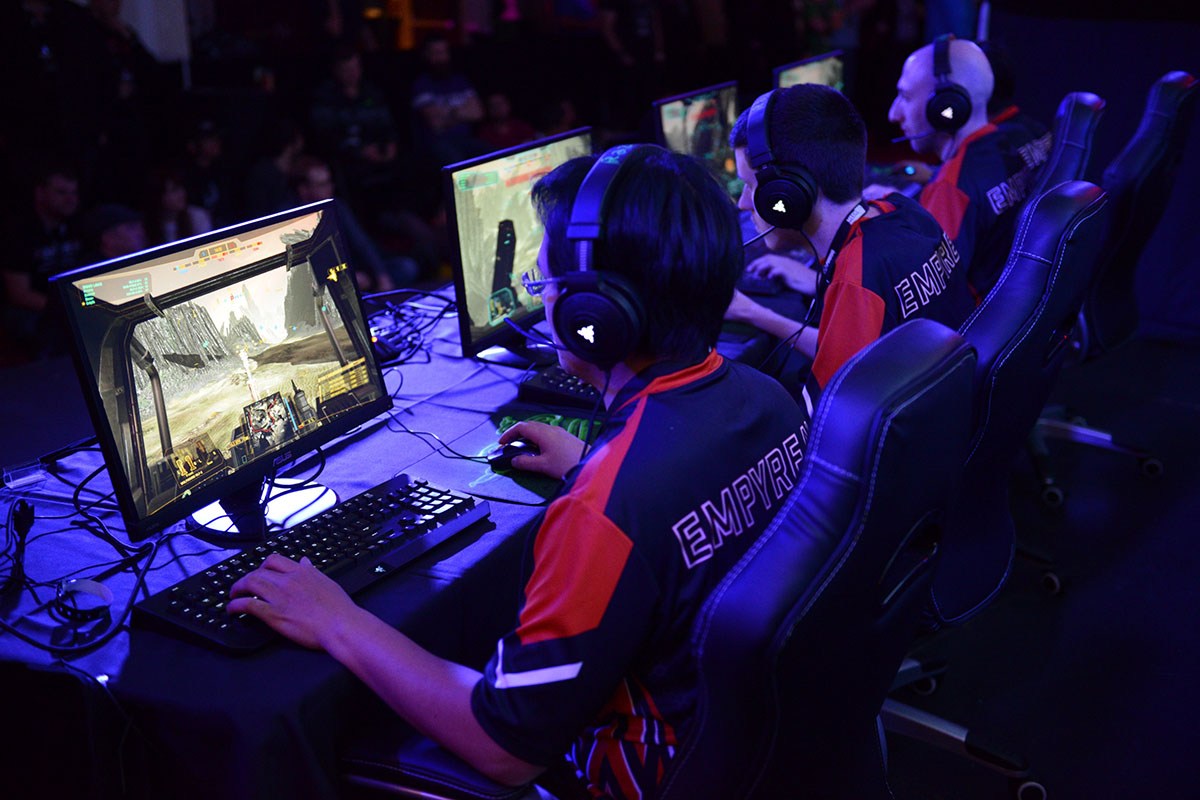 Fun Team Facts:
Because team captain Celyth didn't have enough time last year to hang out at Vancouver; he had this year's plane land at 11PM on Thursday and lived like an airport hobo for 13 hours until FileTitan, Red, Alkalin3, Nova-, and a gal pal from Missouri saved him from boredom.  The return flight was also scheduled later in the evening.  The time spent walking around Vancouver and eating lunch the day after the victory was well worth the march towards Stanley Park.  Last year came and went much quicker. 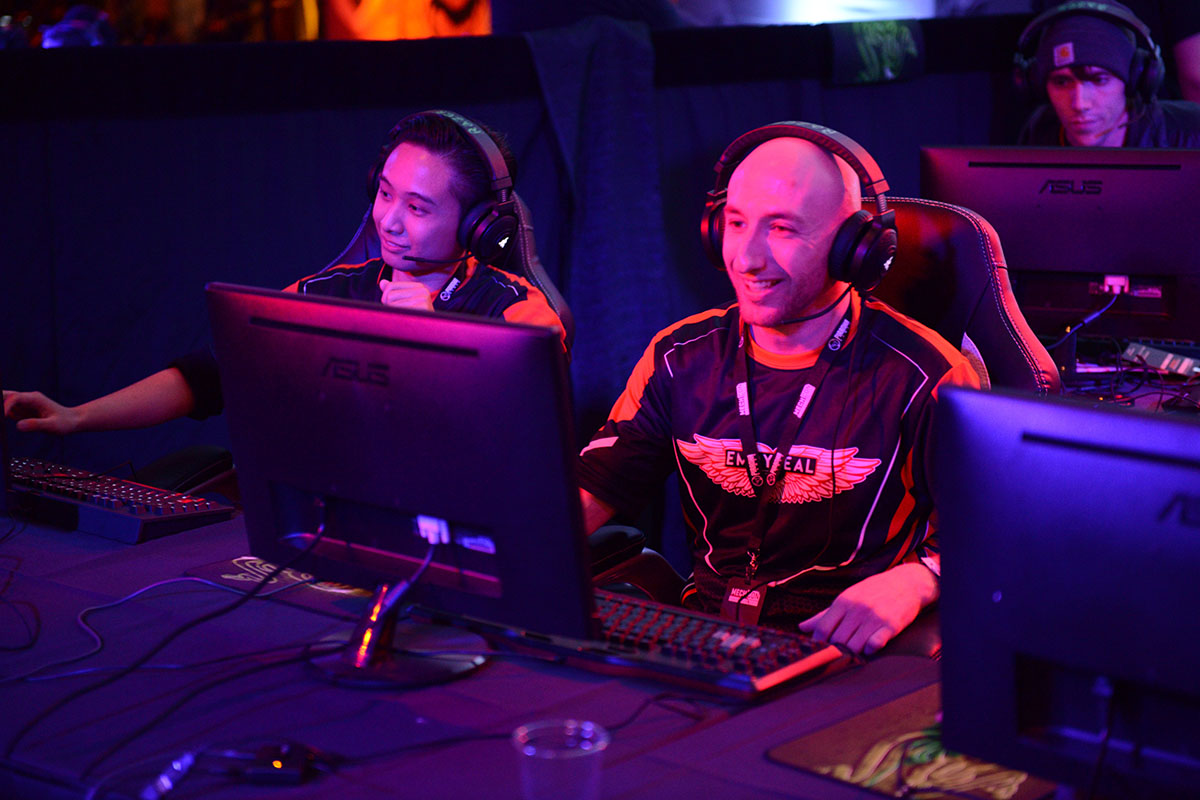 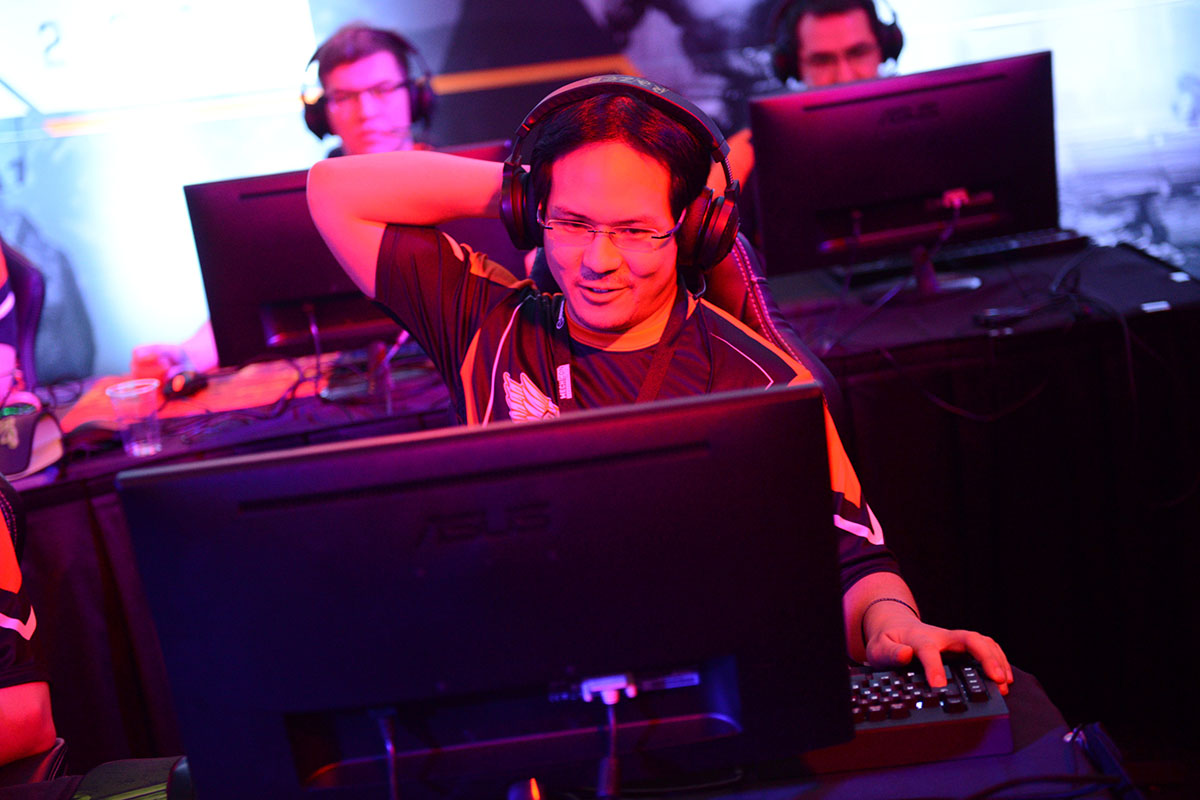 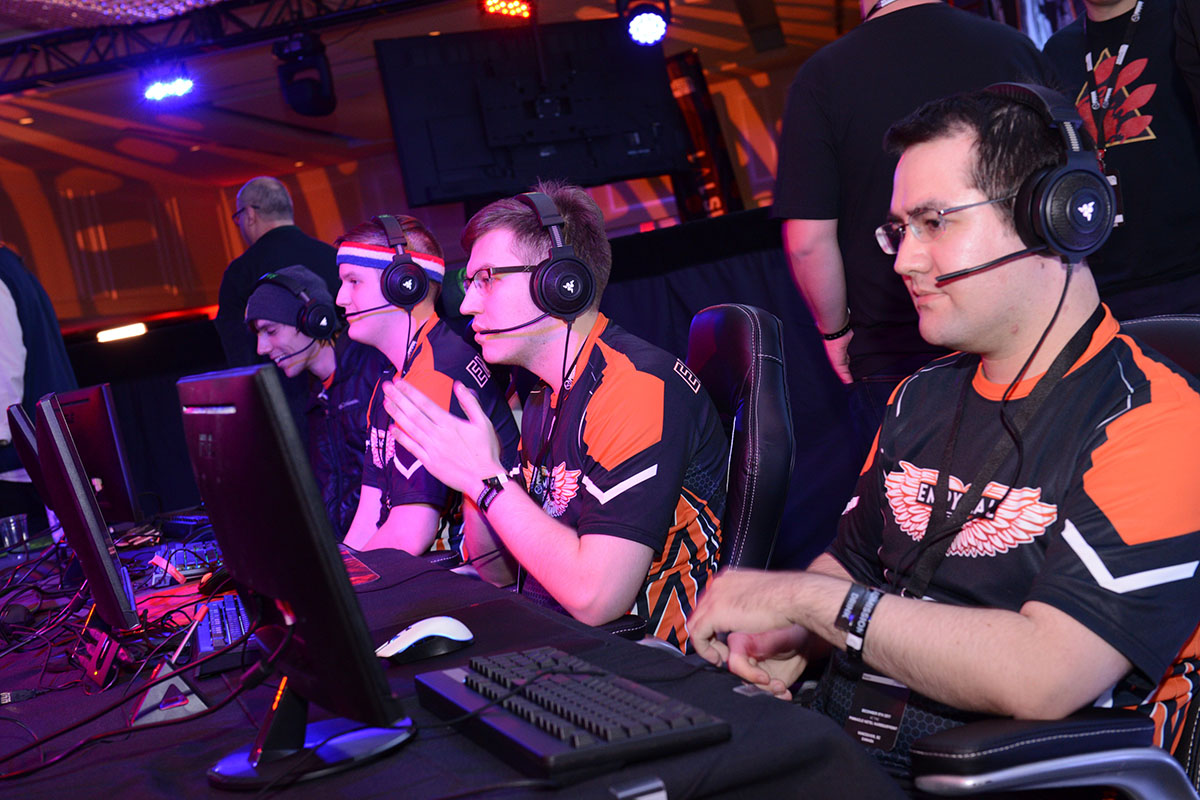 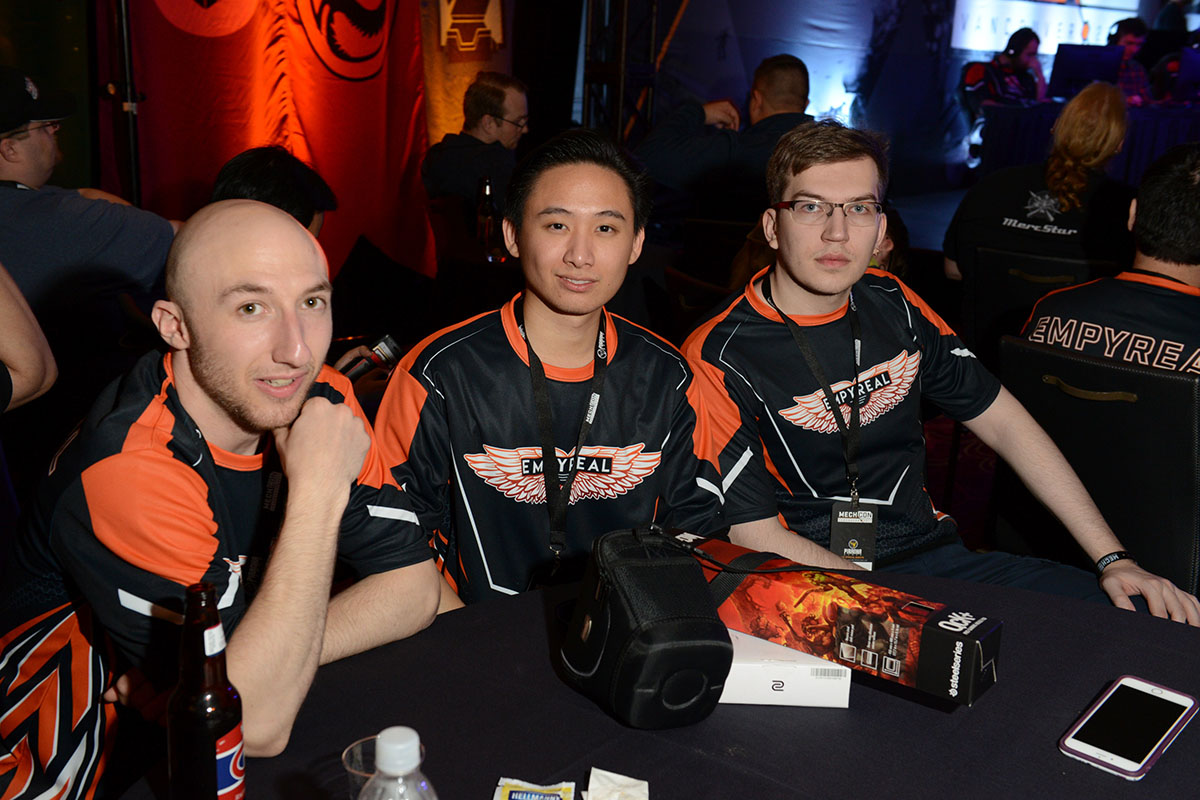 Words from EmpyreaL Team Captain:
"Nearly four years ago in January 2014, I plunged deep into a rabbit hole by messaging Ryan Steel about joining the House of Lords.  I would say this was one of the greatest decisions I have made in my life, in a free to play game no less.  The atmosphere of the team allowed for enough competition amongst each other and enough camaraderie to increase both talent and friendships (Fun Fact: When I first joined, I considered heimdelight a rival, the skill level I would want to be at, and he severely outclassed me until I found a niche in Shadowhawks; and later, the greatest of friends after we had to do some 2v2s.  This sentiment is shared with others too, as FileTitan and Solitude had that very same experience).
Each time after every major tournament from First Engagement, sacrifices were made that paid off.  These sacrifices came in a lot of different varieties; first came friendships, when we blew up MWO House of Lords to create EmpyreaL.  We left behind quite a few good people; but even if I liked them, there was no way everyone else would accept them (whether it be for personal flaws or another).  We carried on the atmosphere above with a greater emphasis on both skill and camaraderie; those who were skilled but didn’t get along well enough (or vice versa) were expunged or left on their own volition until we were left where we were when MWOWC 2016 came along.  Time was the next sacrifice asked of us, and each of us for the most part put in more than enough time to win.  Lastly it was stressful, between school, work, and the World Championships; I’m actually surprised we held together for nearly 3 years, considering each person had their own way of dealing with it.
By the time MWOWC 2017 came around, the train was slowing down fast.  I could tell the amount of cares given were significantly less than MWOWC 2016.  Last year I worked on videos walking through the strategies and angles, this year I opted to skip that completely.  The year before that, I played my mind out in the public queue (something I did less and less of as these years passed).  Other veterans were also on auto pilot, essentially “going through the motions” of last year in a dreamy state.  Kudos to our new blood and those who pushed us to succeed, to name a few, Bows3r, FileTitan, and Writhen; their motivation was certainly a breath of fresh air in our zombified state.
Despite all this, when asked if it was worth it, my answer would be “absolutely.”  The trip alone was worth it with friends; and as 228th knows, it was worth far more than the victory.  These guys will likely be my “<PALS FOR LIFE>,” provided they ever want to stick around, or for however long they’ll have me.   Thank you to PGI, again, for hosting the World Championship.  When MWOWC 2018 comes around, we’ll decide whether or not we want to do it, we may likely wing it if anything with whoever wants to play and meet up. It is time for others to walk into the #1 spotlight, provided they earn it."
-Celyth 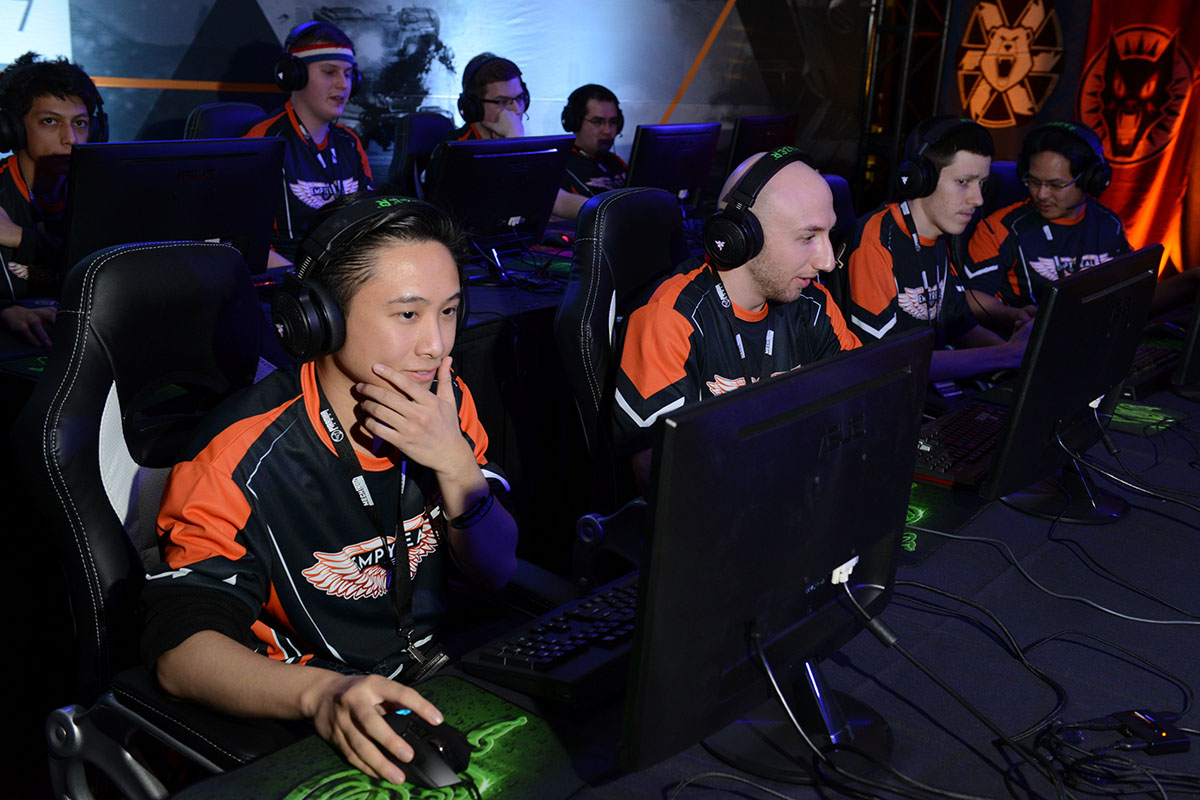 Words from the EmpyreaL Team Members:
"EmpyreaL was founded by Celyth, Heimdelight and Writhen in 2014. At first it was just supposed to be a close knit group of competitive players, but we came to the conclusion that we wanted to compete in MRBC and other leagues.  TwinkyOverlord, Araara and Imminent joined soon after from SWK with the desire to get back into competitive play, as well as Proton from BSMC. At that point we had the foundation for a small competitive team to participate in MRBC and while we were energetic about our first MRBC match as a team against SJR, that enthusiasm was washed out with reality as we lost to them 2-3. We had realized that though we had skill and experience as individuals, we lacked the experience of working together and playing as a team. We ended up winning that MRBC title through long hours of practice, something that would become normal to use in the years to come.
Through 2015, we ended up picking Coburn, Trevelyas, Rickrom from Lords and Fission from SJR. Major League Mechwarrior started and at that time was the biggest tournament in Mechwarrior history, we ended up placing first and told ourselves that it would be our last competitive tournament as a team, until Paul Inouye said in twitch chat that PGI would be hosting their own tournament. So calls for retirement ended as we soon knew the fires would be lit again to begin practicing for the MWO World Championship 2016.
We picked up Nova and Solitude from CSJx, Alkaline from Seraphim Rising Storm, Radick from Antares Scorpions, Bowser from Lords throughout 2016. The World Championship tournament had begun and we were practicing 2-3 times a week during the regular season as well as attending our Saturday matches. At that point we managed to field 8v8 internal scrims, which is probably one of the reasons we have had such a successful competitive history. The World Chamionship 2016 semi-finals, we got to test our might against 228 and SJR. The matches against SJR were close, but we managed to best them and it fed our desire to finish strong, besting 228 and heading to the World Championship. We faced 228 Wild Ones and EON Synergy in the finals, though some of the matches were close against EON, we finished undefeated. It was a great moment of pride for all of us, we actually won a major prize pool and participated in a major gaming LAN event. Again, the feeling of retirement emerged for many of us, until words of the 2017 tournament began creeping around.
We decided as a team that we'd give it one last hurrah, shooting for a back to back World Championship victory. We picked up FileTitan from SJR, Stimraug from STS, Vxheous from AWOL and felt like we had a solid roster to field in the world champion as well as provide competition in interal scrims. Practices continued as usual, 2-3 times during the regular season aside of playing the comp queue, it was a relearning game for most of us as we had taken a long break. During the semifinals, we finished strong, being undefeated and showing once again we'd be a dominant force in the championship.
The 2017 finals came and EON gave us quite a fight for first place, they had handed us our first set loss in years. It was a moment of great pride that we as a team could sit down and analyze what was working and what wasn't in such a short amount of time, and make the proper adjustments to ensure the win. While the matches were a bit sloppy on our part, we ended up pulling it off in the end. It was the hours of effort of those on the main roster, and especially of those who weren't that constantly showed up to practice to help out their teammates that won us both championships.
Three years ago when we first formed this team, I never thought we'd get as far as we have. Winning two championships, getting sponsored by Ninox and most importantly, forming a group of friends that goes beyond a video game."
-Writhen

"EmP has always been a team with an emphasis on friendship and skill. I’m confident enough to say that every person who went on that stage with me will probably be a friend for life. A lot of work went into winning this years World Championship. I can’t count the amount of nights and days we toiled over potential builds and strategies just to scrap it when a new patch came out or when someone devised a better way to approach something. I cannot emphasize enough that an awful lot of preparation and work went into our showing. I often feel that a lot of people chalk up our success to having better players, but the truth lies somewhere between. “Iron sharpens Iron” you could say and without the support of all the guys who couldn’t go to Mech Con (and those who were there) we wouldn’t have been able to achieve our level of play that we displayed on the stage. For me they were there in spirit.
As a final note, this will most likely be the last world championship that I will take part in as a competitor. I’d like to thank PGI for giving me the opportunity to make so many lasting memories with all the friends I’ve made along the way. The people are what makes a game and despite how some people act in the community, this game really is full of a lot of amazing people with a lot beautiful minds. I look forward to dropping with you all in the near future. Best regards from a now retired two time Mechwarrior Online World Champion."
-TwinkyOverlord 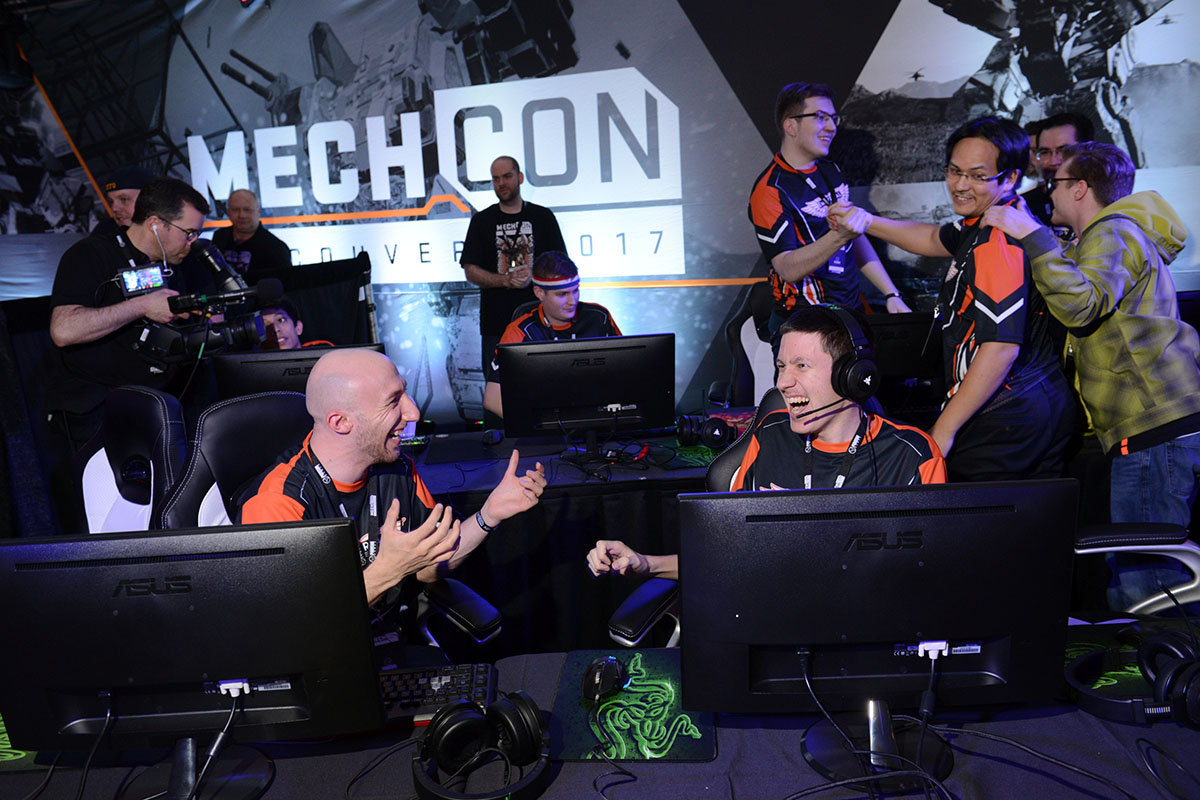 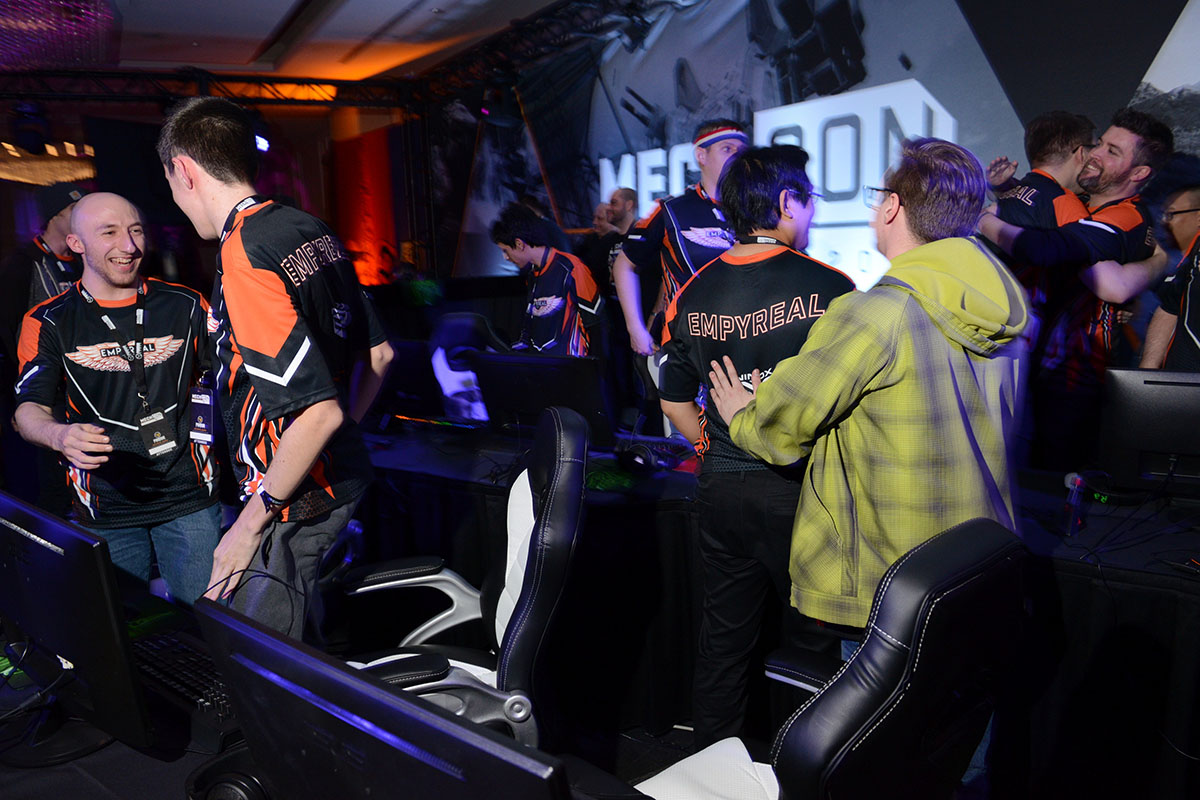 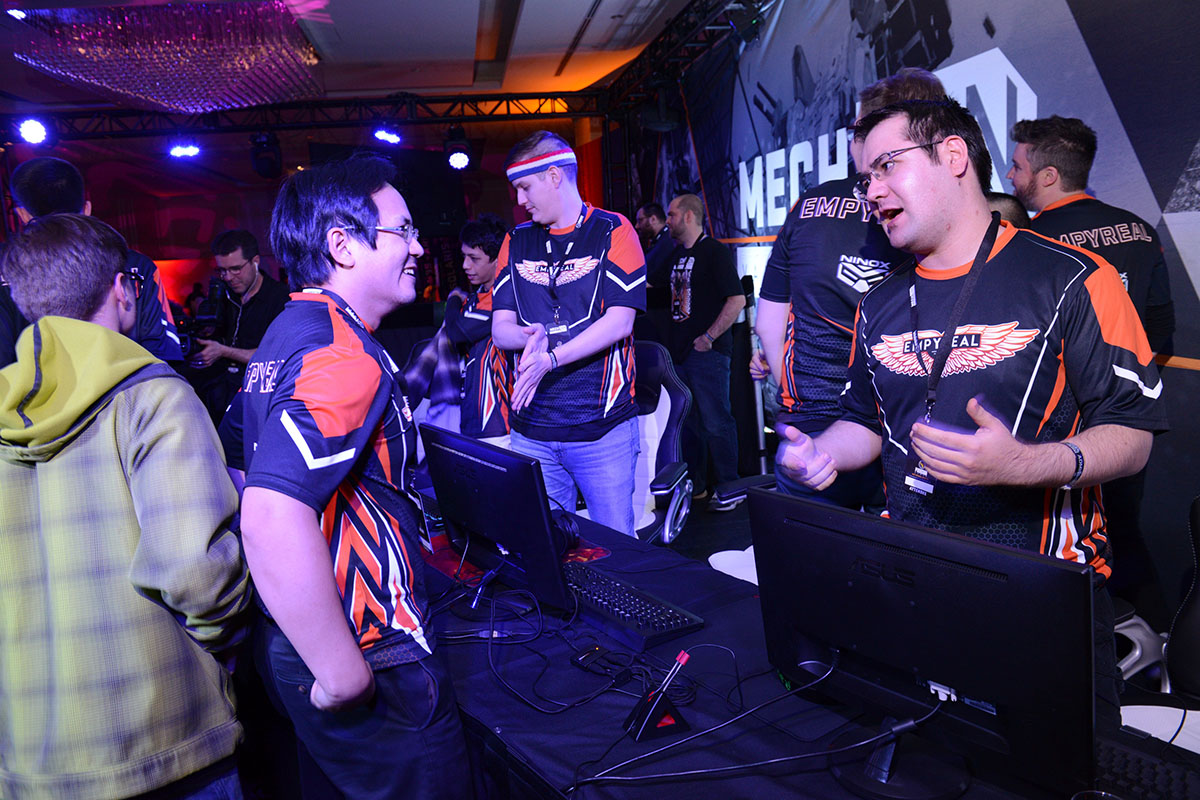 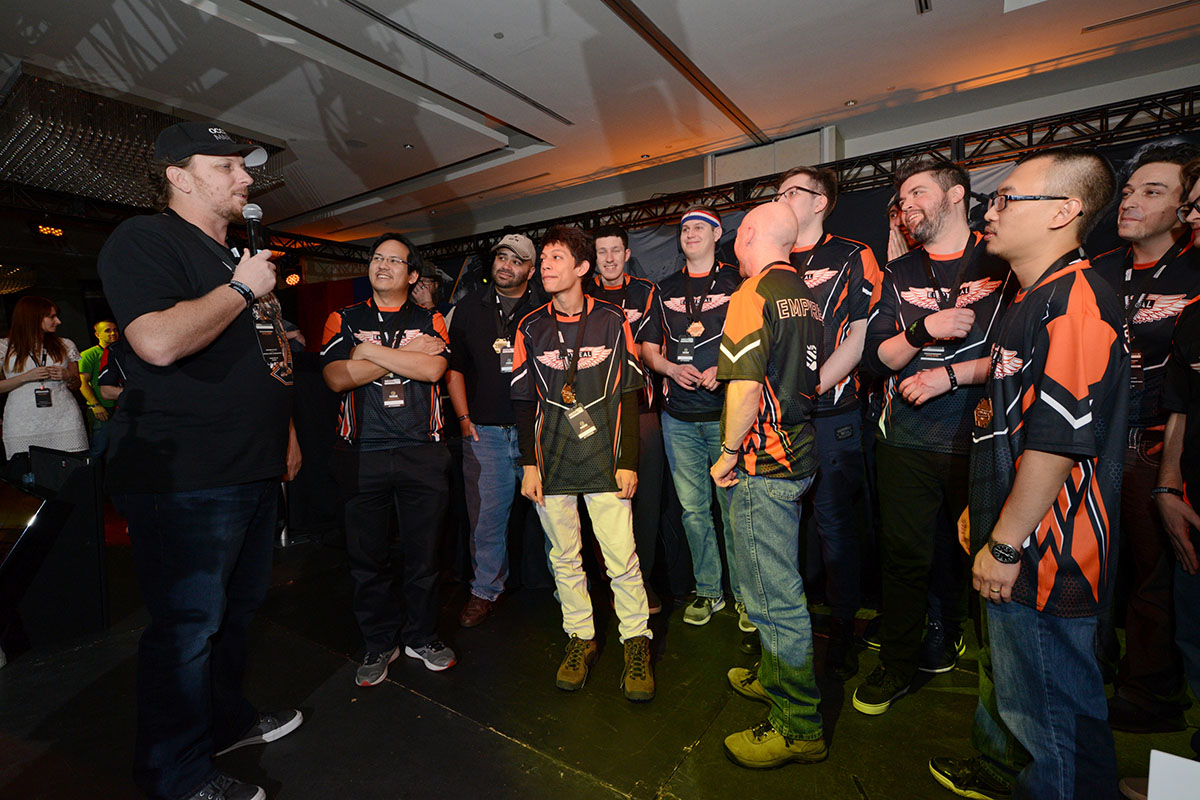 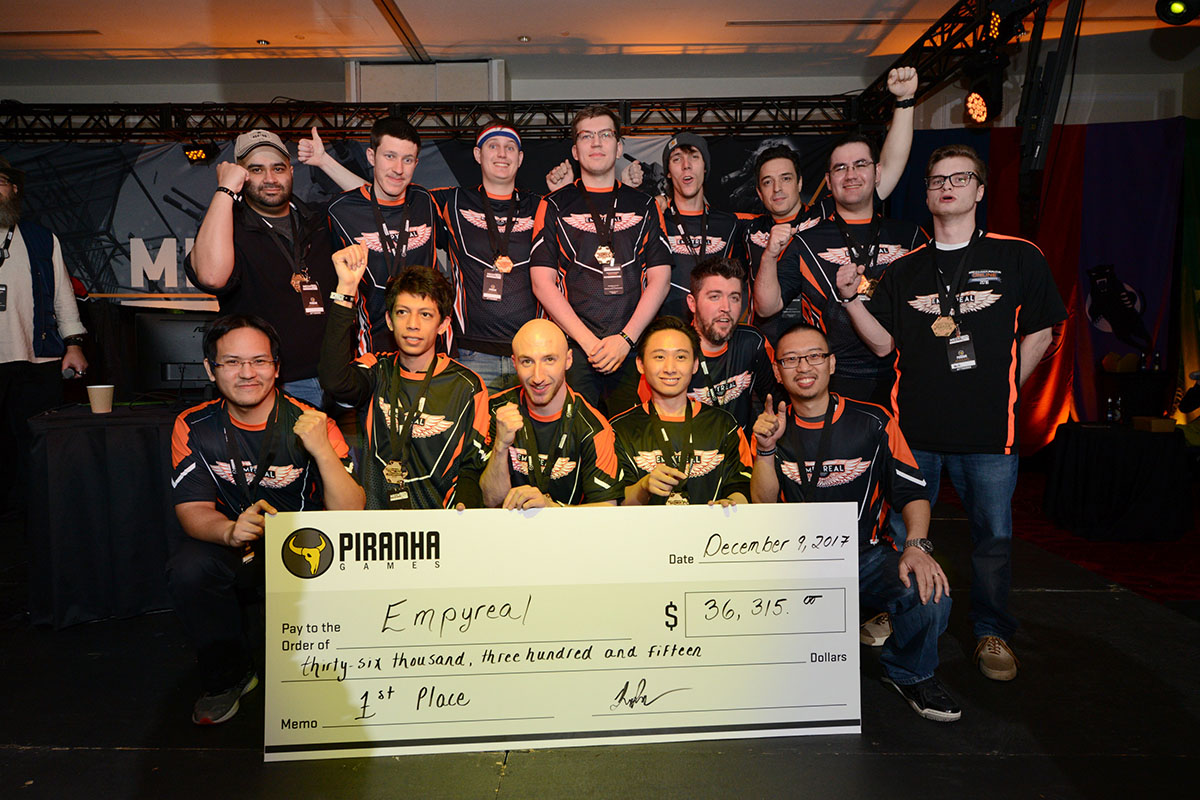 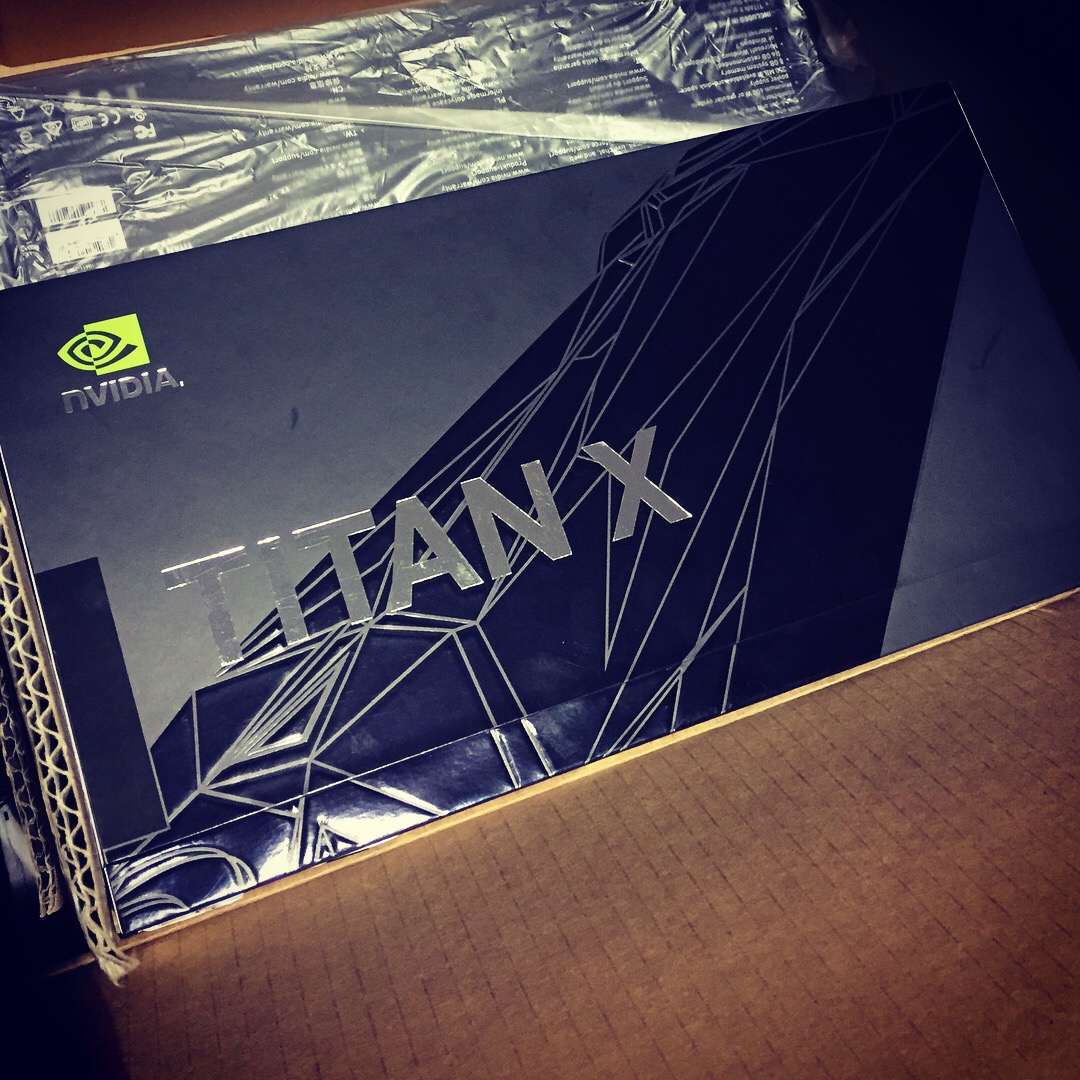 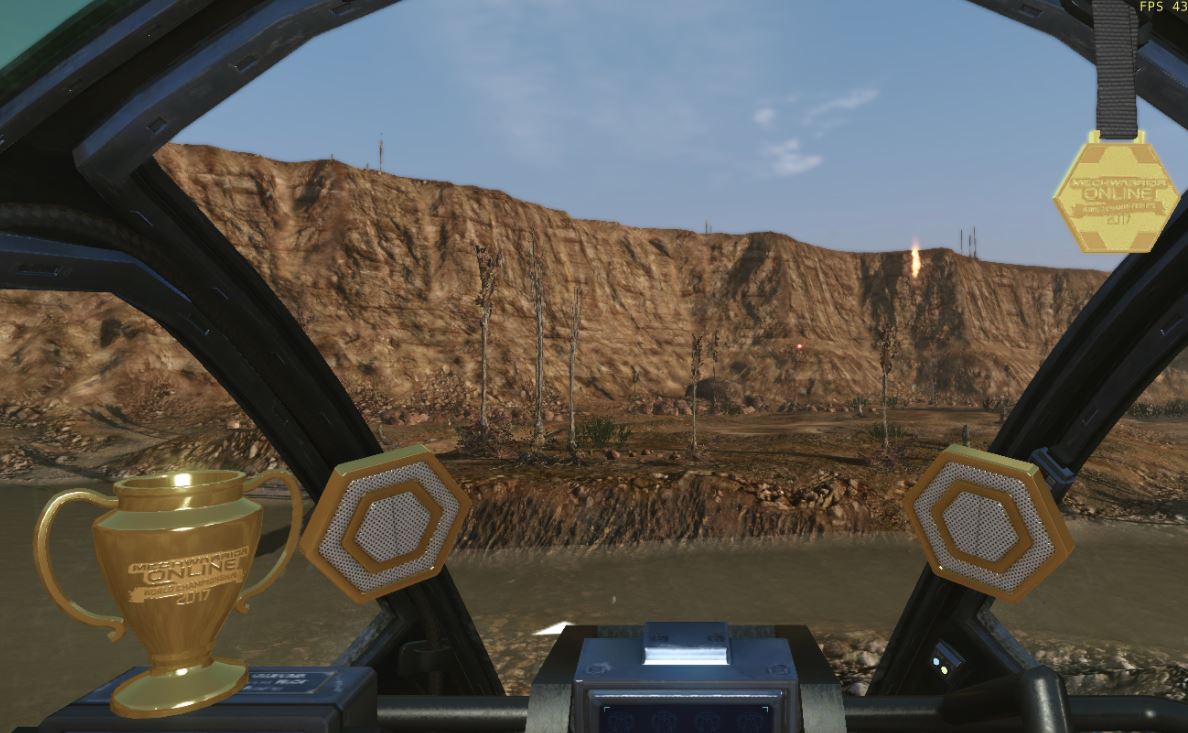