Road Map for March, April and May

"Greetings MechWarriors!
Welcome to the latest Edition of the MWO Roadmap! First I would like to say Alex Garden is no longer doing the Roadmaps!
‘But WHY?!’
Well Alex (my protege (wink)) has superseded me and become a producer on MW5: Mercenaries, where he will be able to focus on all the "little details" that go into making that product. Congrats Alex! You will notice a change in tone and content of the roadmap as I, Matt Newman, and Tina Benoit work to get you all the new information you want! We hope you enjoy the new format and feel free to leave your constructive feedback in the thread! With that said, let's get going as it's shaping up to be a big year for MWO and we are really excited to share our plans!
P.S. I will also be taking over the patch notes and you can read those here!"
Regards,
Matt

Patch Date: March 20th
Mech Release
Sun Spider
The second original 'Mech design by Piranha Games! You can Preorder the Sun Spider here.
The Sun Spider will be a fun and versatile Heavy Clan Mech with a striking symmetrical design by Alex "Flying Debris" Iglesias.
Fun Facts about our original 'Mech designs; As we planned out the MechCon event in 2016, we wanted to have merchandise to sell for our guests at MechCon so they could bring back  souvenirs, however the MechWarrior license prevented us from having any MechWarrior brand marks or content on physical goods. Therefore, the only way we could provide merchandise was to simply have the "Mech_Con" logo on them but we knew that our 'Mech fans would look forward to merchandise with 'Mechs on them more than anything, so as a result we decided to have an original Piranha Games 'Mech as a Pre-Order release. Turns out this idea had been around in the studio for a while and the desires to create a 'Mech that was unique to Piranha Games for MechWarrior Online was something everyone in the company was very excited about.
Holiday Bonus Heroes
A special Holiday Bonus event occurred on December 27th, 2017 where all players who played 1 match that day would receive 2 brand new Hero 'Mechs by the March patch update!
See your Eligibility while logged in here!
These Hero Mechs are from PGI's new 'Mech original designs; the Roughneck and the Sun Spider!
Check out the Mechs Loadouts here!
See screenshots below of the 2 Hero Mech's new special pattern.
Roughneck 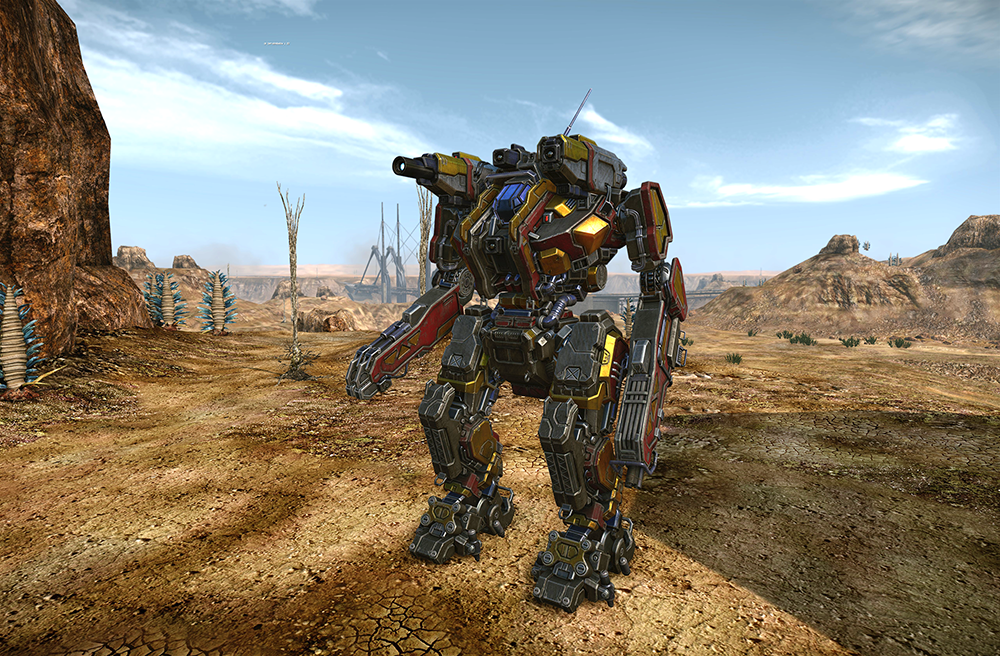 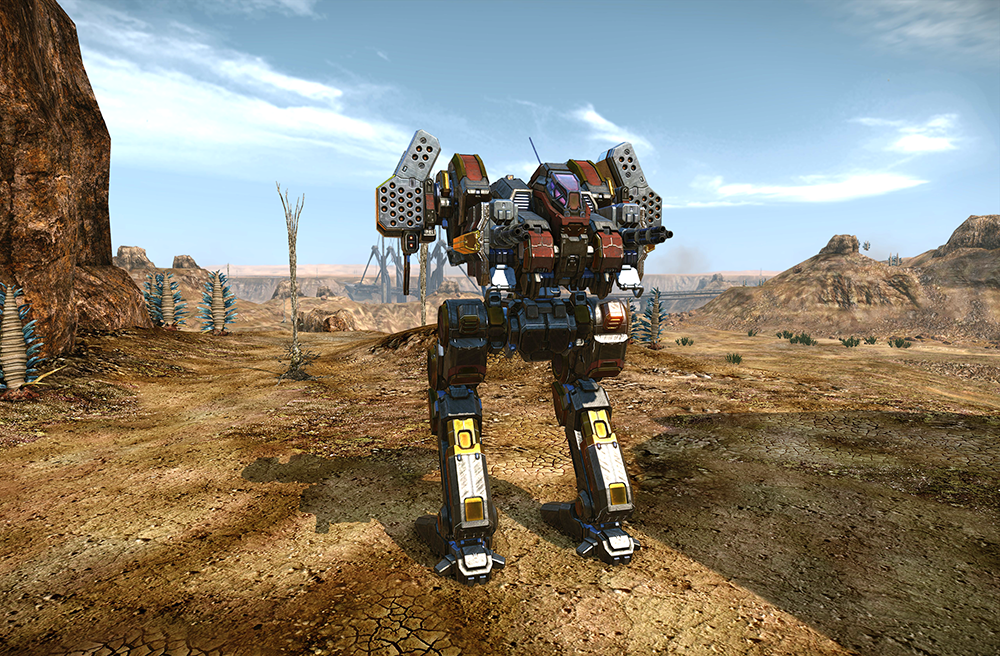 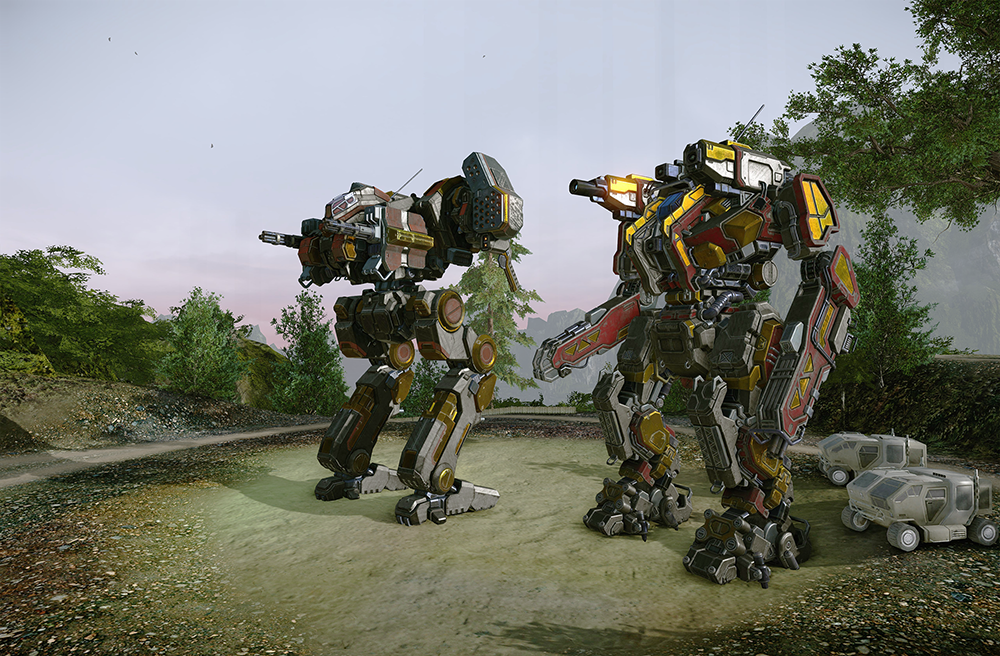 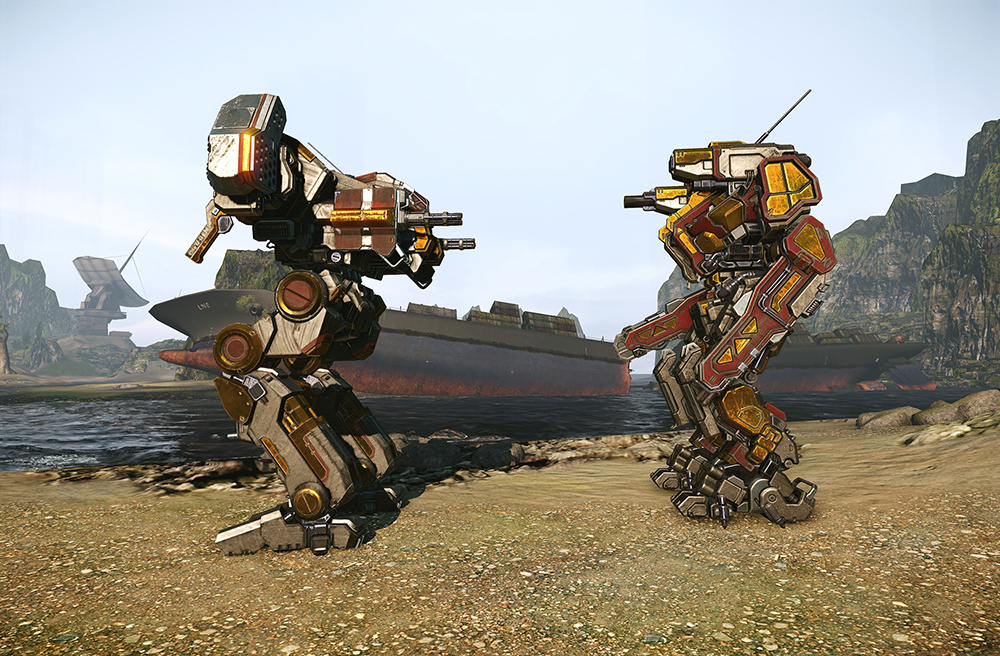 Faction Play Changes
Faction Play as a whole is currently in the early stages of a thorough review, while Solaris 7 is nearing its release in April. It was important for us that Faction Play run smoothly during this time frame, therefore we have made a list of changes that will help remove the points of friction to the player experience:

The Balance Discussion
Lead Designer Paul Inouye has spoken on an NGNGtv Podcast about the recent discussions and status of MWO's Balance.

You can listen to this podcast here
Removal of the Respec Cost in Skill Tree
As of the March 20th patch, we are removing the 400 XP cost associated with re-acquiring a previously unlocked Skill! The removal of this cost is not retroactive, and will not result in any refunds of XP/GXP previously used to reacquire an unlocked Node. This is simply a change to the respec system moving forward.

Patch Date: April 17th
Mech Release
Fafnir (Store)
Solaris Feature Set Release
Overview and Update
Solaris is a 1v1 or 2v2 gladiatorial style game expansion for MechWarrior Online.
Divisions
Every ‘Mech variant in the game will be placed into 1 of 7 divisions based on their maxed out combat capabilities, so for example it will be possible to see a ‘Mech chassis have a variant in one division and another variant in another division.
Seasons
Solaris will be played out in seasons. (Currently planned to be 3 months long). At the end of the season, rewards are giving out for top performing MechWarriors in each division with additional attention to those at the top of the global leaderboards.
Matchmaker
There are no registered teams in Solaris. People can create a 2 player group and enter Solaris but they will not have a team based Elo score.
Match making will be performed on pure Elo calculations of players participating in Solaris. Groups will be matched using the player with the highest Elo value. Elo adjustments to the player with lower Elo scores will be calculated on the numbers generated by the higher Elo players on each team. This minimizes the capabilities of carrying low Elo players into match making levels where they aren’t naturally placed.
Prior to entering a match, players or groups will be banning maps in a turn based elimination method. Once 4 out of the 5 available maps have been banned, the remaining map will be the map the match is played on.
Server selection will be based on players opting in to the regional servers they are willing to play on. There is a server balancing algorithm that will bias server selection to the player who has not played on their own server previously. This is the same functionality as Comp Play.
Economy
Players will align themselves with a Patron who will be providing them with base reward payouts of C-Bills, XP and Accolades (ACC). Accolades are points used to rank up with the patrons and can be considered ‘fame’ for performing well in Solaris. The various ranks in Patrons will reward players with bolt-on cosmetics and other rewards. Each Patron has a booster associated to them that will give one extra boost in one of the 3 reward types (CB/XP/ACC). Patrons contract the players so players will be able to switch Patrons, if they wish, when the contract expires.
Along with Patrons, Sponsors will play a part in rewarding players who perform well. Sponsors will provide a straight up C-Bill boost per win while the Sponsor is active. Unlike Patrons however, Sponsors can be lost due to poor performance. Sponsors are gained and lost based on a 24-hour window of observation of Elo changes.
Leaderboards
There are leaderboards for each of the 7 ‘Mech Divisions. It is possible for players who play in multiple divisions to be on multiple leaderboards. A global leaderboard will average player rankings across all 7 ‘Mech Divisions to show who the big dogs are in Solaris. Leaderboards for solo play vs group play are separated. There is a grand total of 16 leaderboards in Solaris.
Spectate
Solaris also includes the ability to spectate Solaris matches. The number of spectators is increasing dramatically from the current 3 spectators for private matches. The Solaris main screen will also display high competition/exciting matches that can be selected to see who the participants are and what their ranking difference is. After selecting these matches, the player can spectate that match if they so wish. All tools available from the current spectator line-up will be available to all spectators of the Solaris match.
MechBay
The MechBay is receiving an update that allows players to rotate the camera laterally around their ‘Mech instead of the ‘Mech spinning on the spot. Visual customization screens will still retain the ability to spin the ‘Mech to allow for easier placement of decals. The ability to enter first person view has also been added and allows players to walk around and freelook around the MechBay.
Comsumables
Solaris is about the synergy found between MechWarriors and their BattleMechs. It is the ultimate display of their capabilities as a pilot and being in sync with their BattleMechs capabilities. It is because of this and nature of 1v1/2v2 arena combat, consumables will not be allowed in Solaris.
Solaris is scheduled to launch in April 2018. Internal development is coming along quite quickly and this timeframe has a very high probability of being on target unless something catastrophic happens.
Solaris Maps
In addition, many maps have been in a the works for the Solaris games. Here are the maps that will release in the April Update with the new Solaris feature:
1v1a: Steiner Colosseum (Steiner) 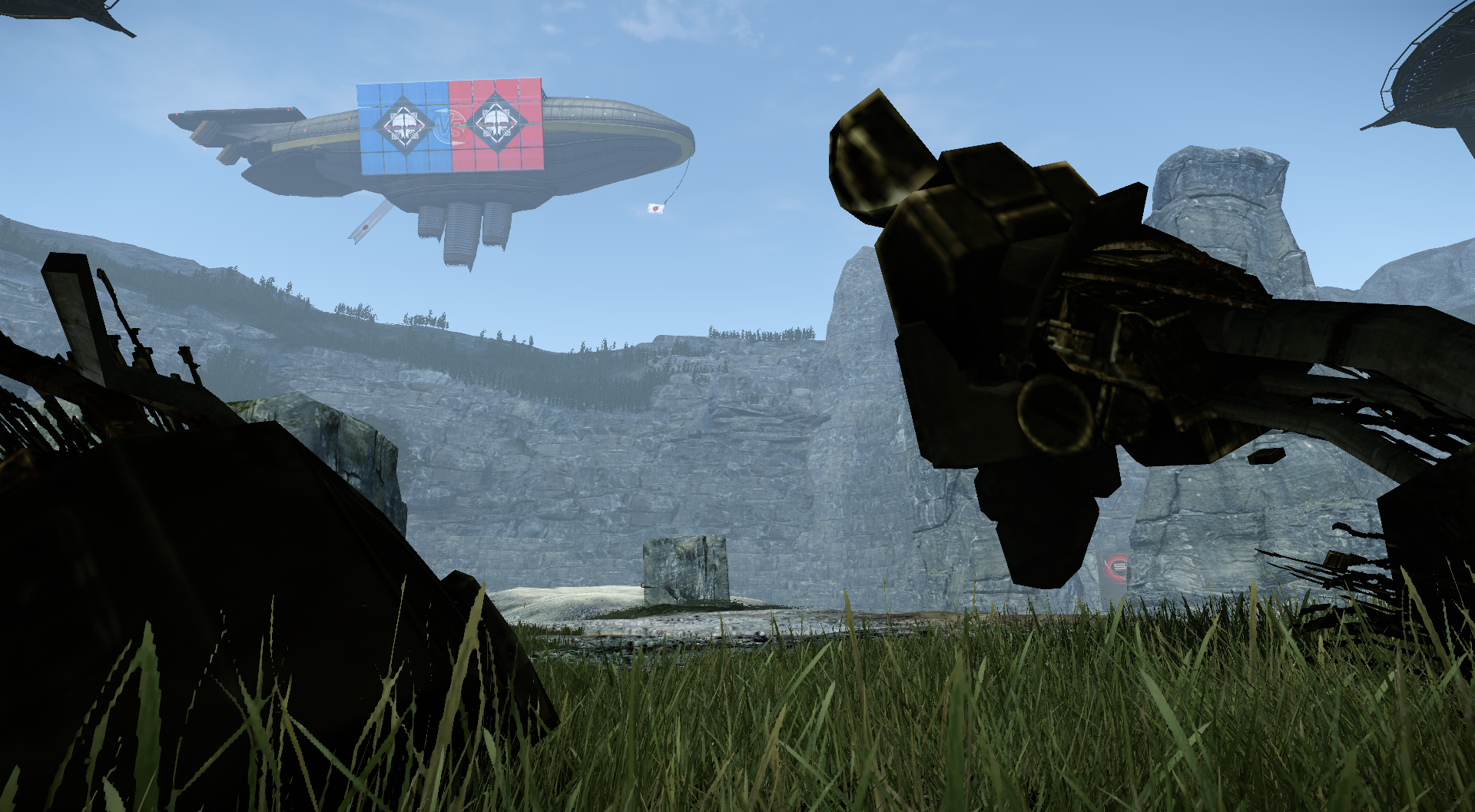 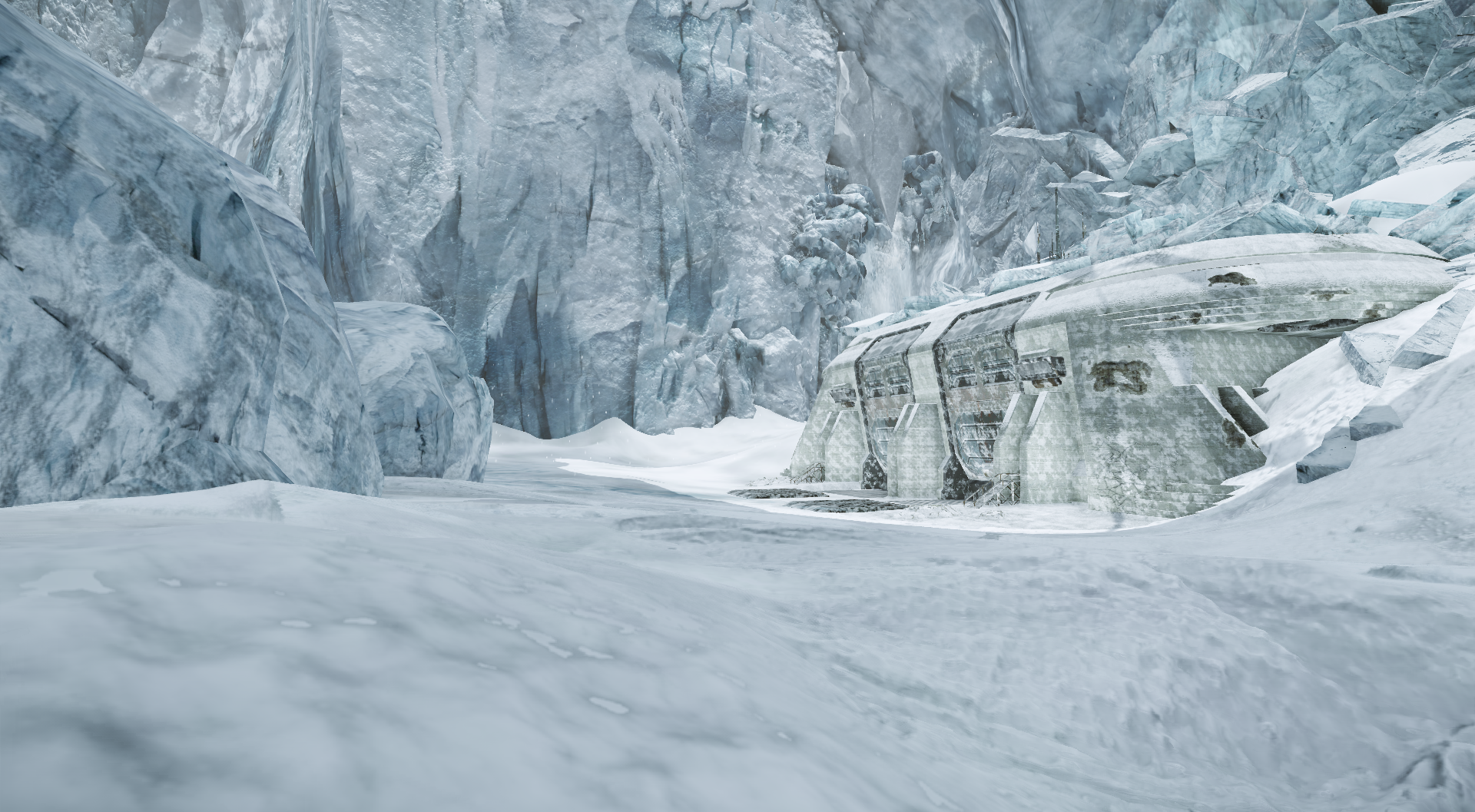 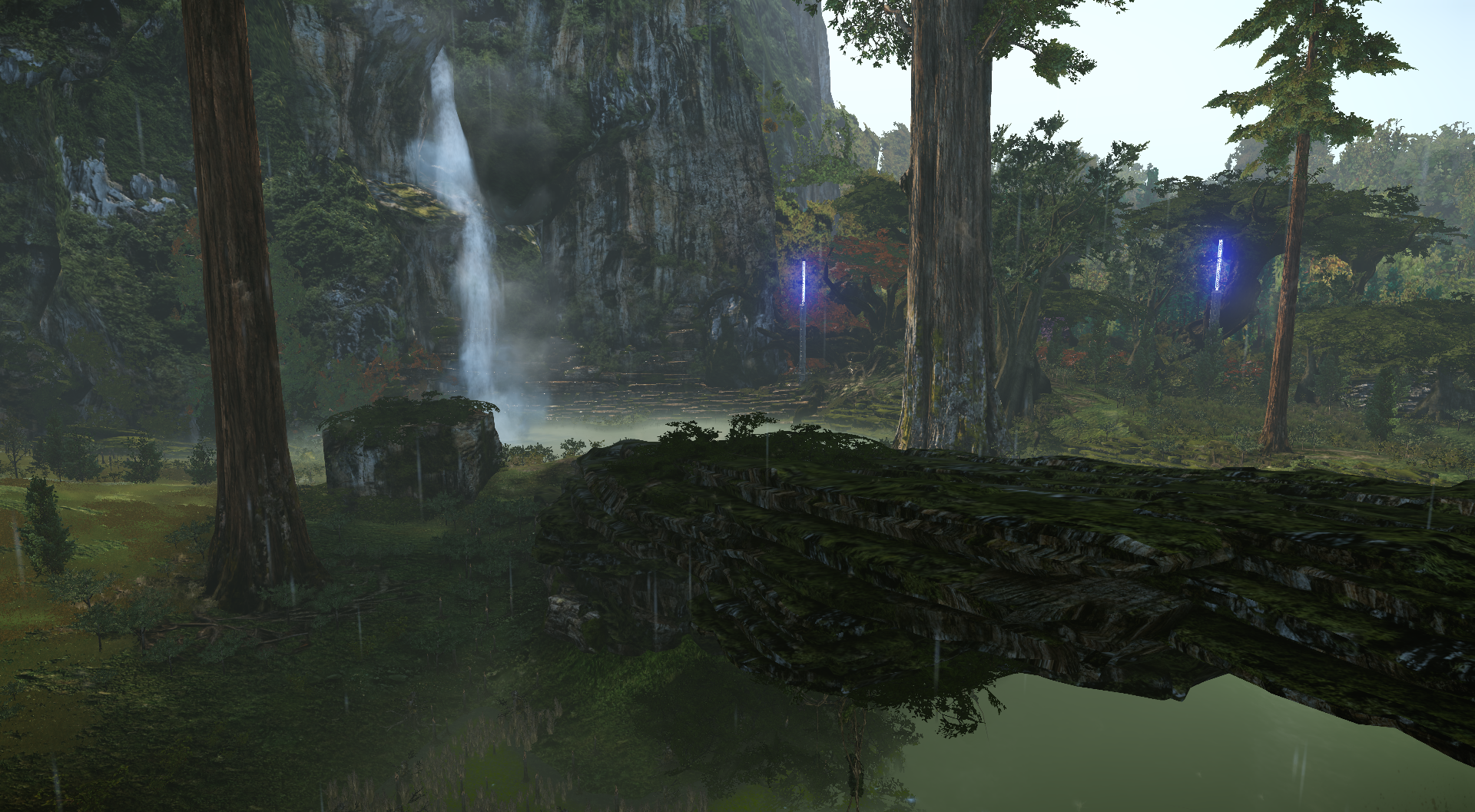 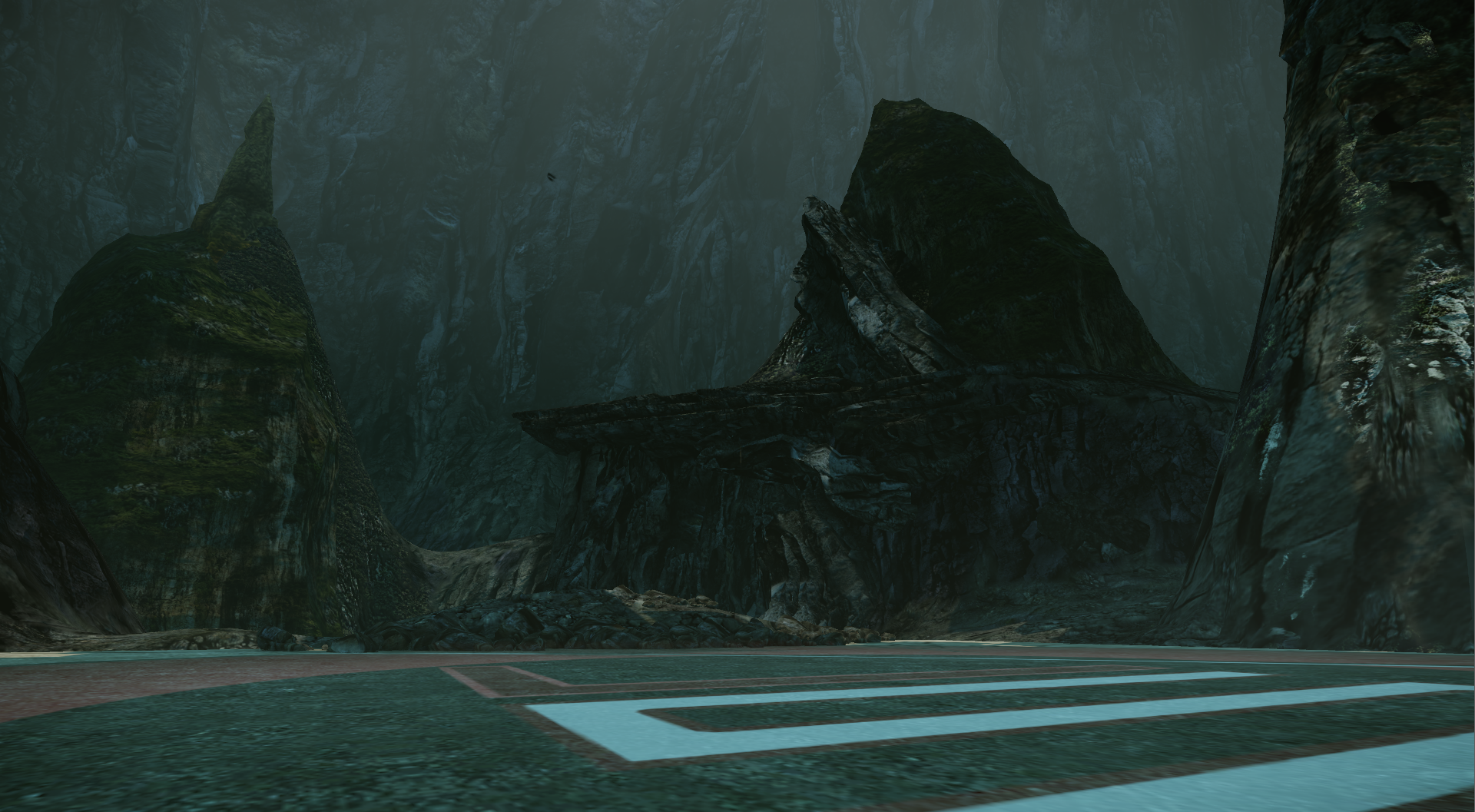 Patch Date: May 15th
Mech Release
Blood Asp (Store)
New Quick Play Map
Solaris City Map (MechCon teaser)
MechWarrior Online World Championships 2018
This year's Competitive Play season in MWO will be opening again soon, There is currently no concrete date as to when it will re-open yet, however it is excepted to possibly be between the March/April timeframe.  MechCon 2018 will have a new format when relating to the finals and information will be released shortly on the new plan.
Weapon Retrofits
3060 Civil War Weapon geometries are gradually being retrofitted to previous 'Mechs.Below are the following 'Mechs that will be Weapon Retrofitted in May's update: