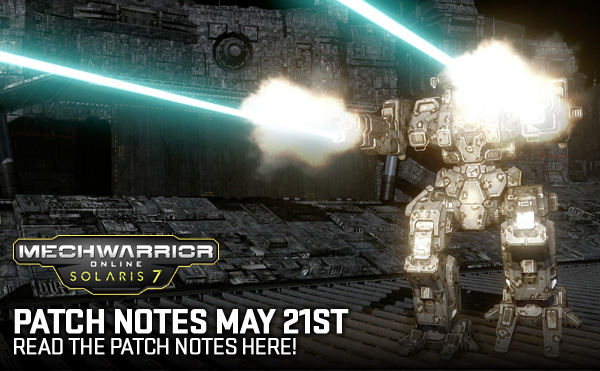 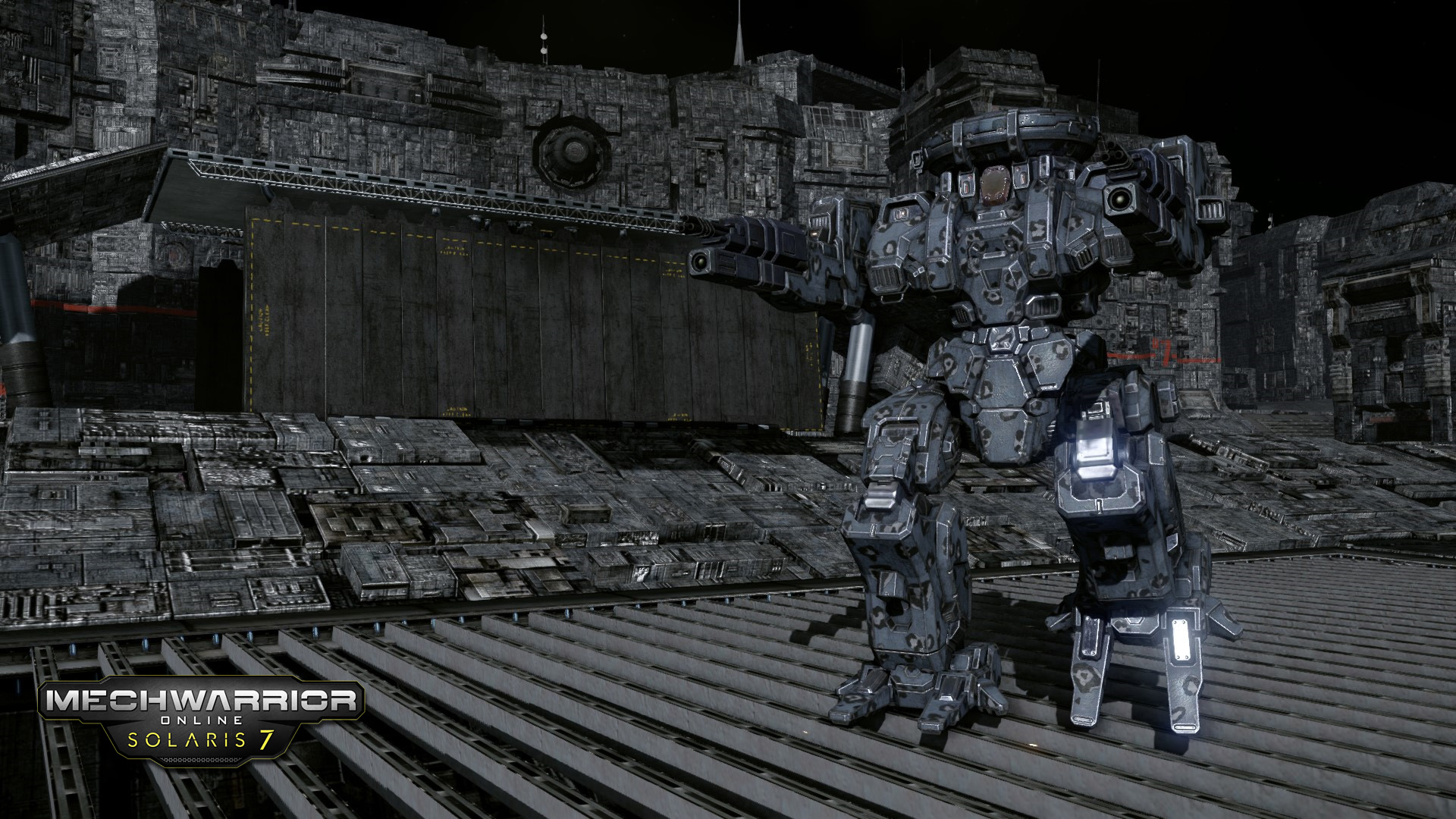 New 'Mech: Rifleman IIC
You can check out the Countdown post for more details about the Rifleman IIC 'Mech as they are released!
Order them in the Store page here!

Faction Play Update:
Games will now be driving Conflicts which take place in Faction Play.
There will be story lines which play out over the course of a Conflict in a series of Phases. Similar to a Faction Play Event, Conflicts make up of mini-events which are called Phases and in each Conflict, there are multiple Phases.
Once a Conflict completes, the story arc ends and resolves the Conflict for a planet switch or story foretelling.
Conflict System summary:
There will be a set amount of time where players enter the queue and the Match Maker holds the match creation until the timer expires. This creates one big queue of grouped and solo players combined. Once the hold timer expires, the Match Maker starts to create matches by pulling the biggest groups against each other from largest to smallest until it has exhausted all of the groups in queue. Odd sized teams are then filled with solo players based on a zero sum ELO from highest to lowest. Once this is complete, all of the matches are released to the dedicated game servers and the hold timer is started once again.
Match Maker summary:
End-of-match rewards:

Design notes: We wish to ease up on the Jump Jet heat generation and bring the cooldown into better parity with other classes. This is to allow Assault 'Mechs to both use their JJs at a similar rate to other 'Mechs while also making it to where the heat generated from using said JJ's does not cut into your overall heat generation compared to lighter classes.
Missiles:
MRMs (All Launcher Sizes)

Design Notes: With the recent velocity increases to both LRMs and ATMs now settled in over the past few months, we have decided to provide similar bumps to the Mid-ranged missiles. Making them a bit easier to use at longer ranges in addition to having a bit less time for AMS to shoot missiles down at shorter ranges.

HBK-IIC-DW:
Design Notes: This month we have targeted small updates to a number of medium 'Mechs and a raven variant that have fallen a bit below the curve compared to alternative variants of their respective chassis.
Catapult:
CPLT-A1:
CPLT-BB:

CPLT-C1:
CPLT-C4:
CPLT-J:
CPLT-K2:
Catapult Design Notes: With the release of the C4 with the MW5 pre-order bonus' we wanted to go back and provide a bit more flavor quirks to the c-bill CPLT line giving a bit of a boost to those that wish to use their Catapults in the more traditional LRM loadouts, while also providing some light flavor quirks playing into the base loadouts of the Hero 'Mechs.  We have also brought the Jester's access to further Jump Jets into alignment with all other jump capable Catapults.

Warhammer:
WHM-7S
WHM-4L
MAD-4L
Design Notes: The Stealth Armor flavor quirk was initially intended for release with the Marauder II patch, but ran into some last minute bugs that forced us to bump the release of this quirk with both the Warhammer and the Marauder to the May patch.
King Crab:
KGC-000, KGC-0000, KGC-000B:

KGC-KJ
Design notes: Since its introduction into MWO, we have investigated a number of 'Mechs to receive the HSL quirks.  Although the King Crab has been highly requested by a number of people to gain it for the AC/20's, internal testing of the quirk has shown that adding this quirk to the existing quirk set causes to sever balance issues for the internal team. Particularly when it comes to the cumulative 15% AC/20 cooldown quirks currently present on these variants combining with the HSL quirk giving the 'Mech massive pin-point damage that can one-shot many lighter 'Mechs while also having a significantly boosted DPS profile through the cooldown quirks.  The only way assigning the HSL quirk would be tangible on the internal side would be if it came with a ground-up re-work of the quirks that saw the removal of a number of existing quirks in order to re-focus the quirk set around the mass pin-point damage of the AC/20, and not the boosted ballistic DPS the current quirk set provide the 'Mech.
The prospect of a complete re-working of the existing quirk set to balance it around a singular loadout while nerfing every non-dual AC/20 loadout for the 'Mech goes against the core of the MWO Mechlab experience of personalizing one's loadout through the 'Mechlab, and ended up punishing non-Dual AC/20 users much more than what we wanted to see on the internal side.  Rather than moving in this direction, we will instead be providing the KGC dual AC/20 line a -15% Heat reduction quirk to complement its existing quirk set while providing better rewards for those that take the time to master its traditional dual AC/20 set up, without the need to nerf alternative loadouts people wish to use with the Chassis.  This heat quirk will still allow for limited dual AC/20 shots when attempting to capitalize on an opening, but the core of the quirk set will remain centered around the boosted DPS properties the cooldown + heat reduction quirks provide.
Viper:
All Variants:
VPR-Prime
VPR-A
VPR-B
VPR-D
VPR-M
Viper Design Notes: As one of the most agile 'Mechs in the game, the Viper's niche will always be centered on its mobility.  But with a number of hardwired JJ's, we have felt that productive use of its Jump Jets while attempting to stay mobile can often hamper the design in unintended ways.  We are globally enhancing both the leg armor and providing a native -20% reduction in JJ heat to give a bit more wiggle room for players that learn to take full advantage of the 'Mechs high mobility.  As the earliest 'Mech to receive Set of 8 bonus', we also felt that it was past time to give both the So8 bonus' and underutilized hardpoints similar treatment that many more recently released Omnimechs have received.

Direwolf:
DWF-Prime
DWF-S
DWF-UV
DWF-W
Direwolf Design Notes:  Although certain configurations of the Direwolf are very powerful with good positioning and team coordination and perform admirably in these roles with skilled players, we want to provide the chassis more customization options through the omnipod system to allow players who struggle with certain aspects of the 'Mechs performance a way that they can customize the Direwolf to suit their needs.  Be it more heat sustainability, more general tankiness, or more responsive torso turn rates.
Read the Quirk Document here!