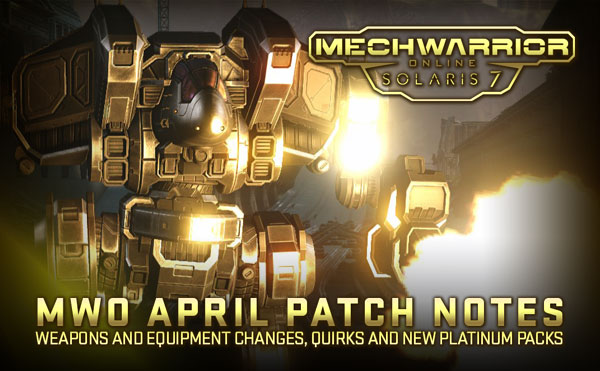 April 2022 Patch Notes
Patch Date and Time - April 19th 2022 @ 10AM – 1PM PDT
Version Number: 1.4.253.0
Size: 180 MB
Please note that due to compression differences the Steam patch size may be larger than the standalone client patch size.
Patch Files (Direct Download) - http://patcher.mwomercs.com/patch/Production/frontend/FrontendPatch_399.zip
Greetings MechWarriors!
This month's update adds 8 new shiny 'Mechs to the Platinum Collection, and also includes Weapon and Equipment adjustments, the 9th Quirk Pass, some adjustments to previous Quirk passes, and some bug fixes.
If you find this patch a bit smaller thank you were hoping for, don't worry we'll make up for it next month! Check out what's coming in this Roadmap Dev Vlog and this 'Mechs, Maps, and Design Update Dev Vlog.
Also be sure to check out the first new 'Mech chassis coming to MWO in over 3 years, the Crusader!
As with everything, these updates are subject to further balance changes in the future, especially as more variables are brought into the equation with future updates and changes.
So get out there and do the science, and get us your feedback for future iterations!
And now, we hope you enjoy the patch.
-The MechWarrior Online Team 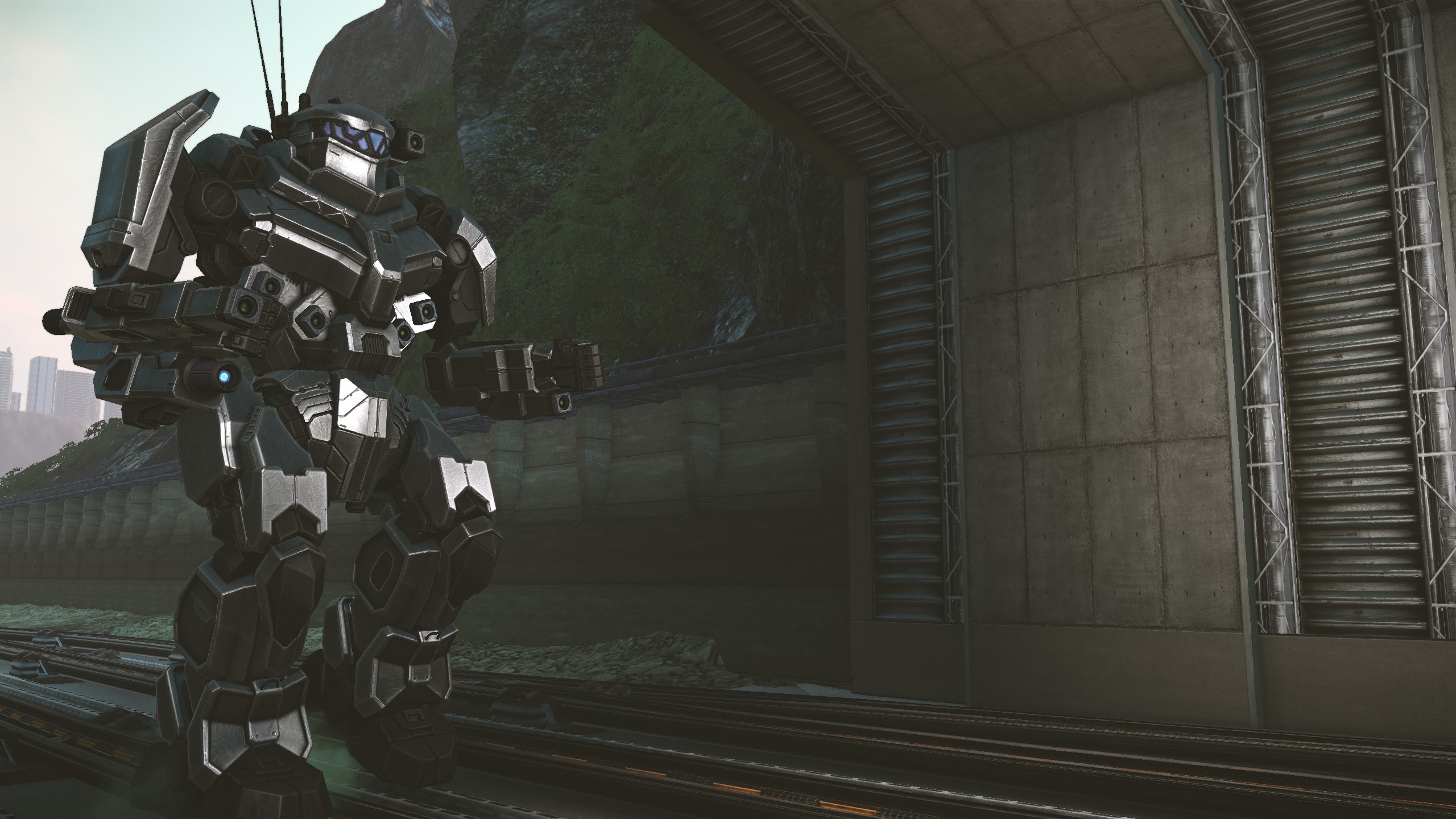 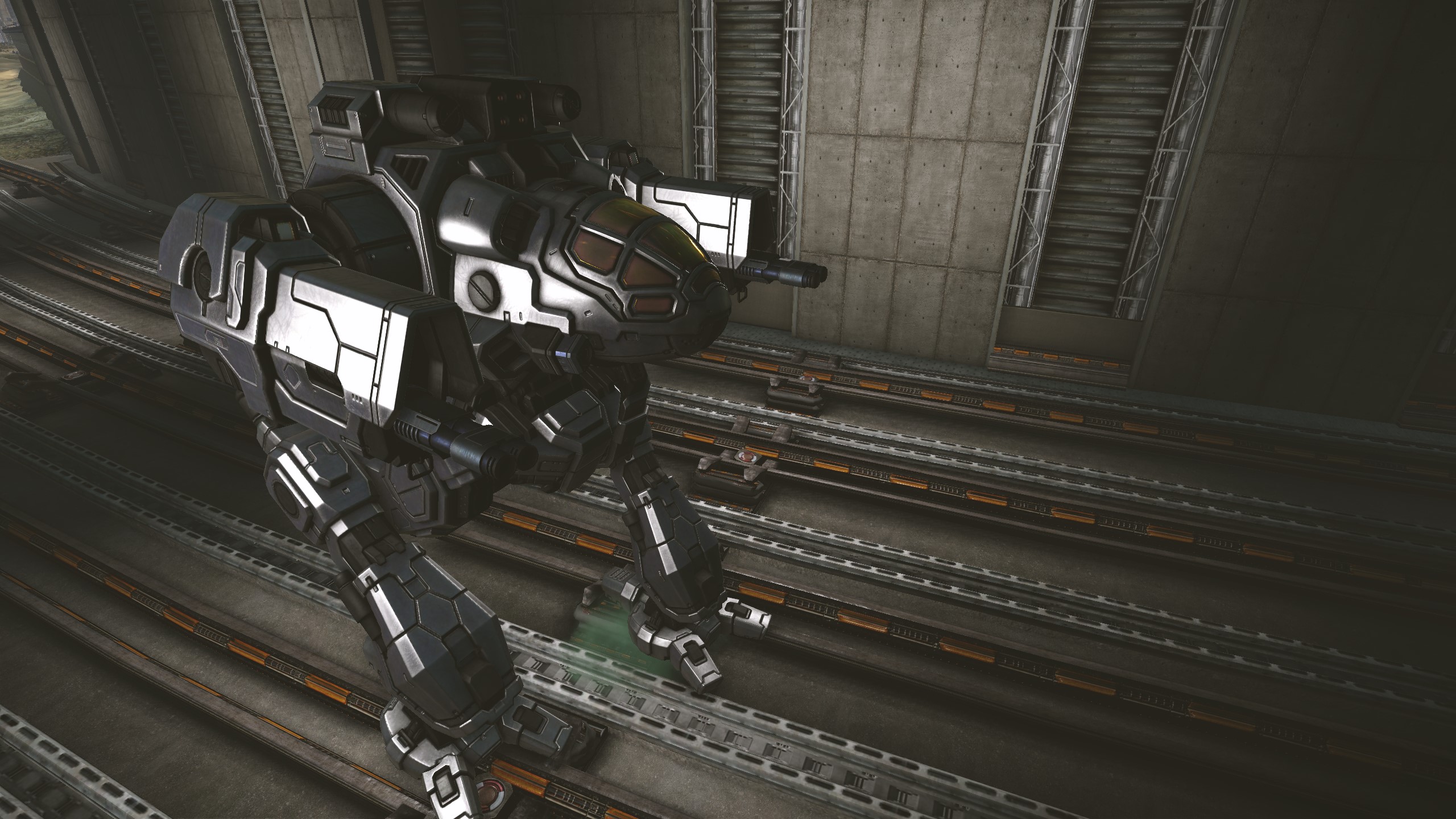 After a year of tuning weapons stats and getting closer to a settled balance state, another aspect that we always wanted to address was weapon and equipment health values. Mainly based on the weapon type (primary weapon, secondary weapon, filler, etc), slot size, required crit damage to take one out, and minimum amount of HP required to save certain weapons from known amount of incoming damage. The following changes should help players keep their equipped items for a while longer after having a component opened up. It should be noted that the values are picked in a way so crit seeking weapons such as LBX cannons and MGs are still the most effective weapons for taking out internals and equipment, with MGs in the queue for receiving a pass on the amount of critical damage they apply coming next month. Weapon base stats tuning will continue as we monitor weapons and build performance.

This patch includes the 9th quirk pass for a number of 'Mechs, and some adjustments to previous Quirk passes.