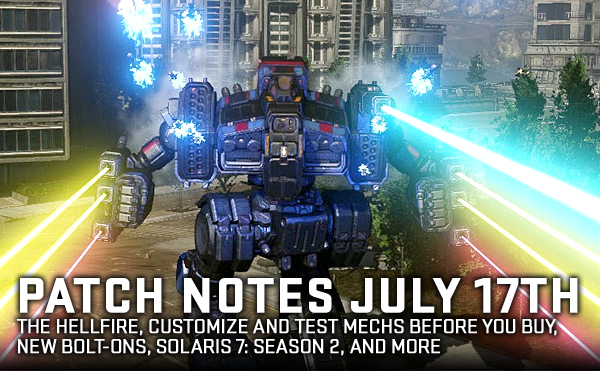 Hellfire
Her smoldering eyes will scorch your soul!!

You can check out the Countdown post for more details about the Hellfire as they are released!
Order the Hellfire on the Store page here! 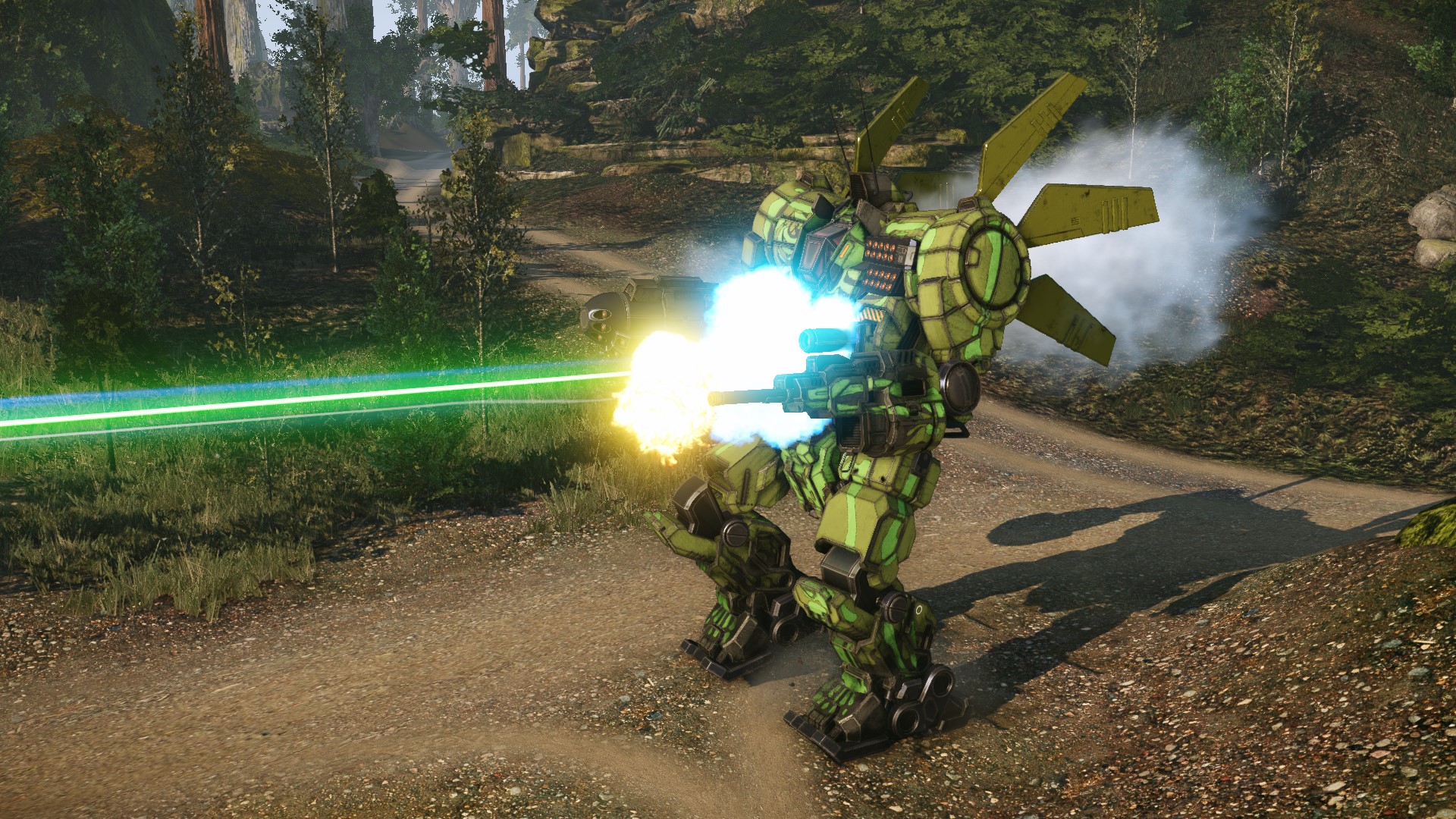 Notes:
Bolt-ons are exclusive to locations on a 'Mech. If a bolt-on conflicts with a weapon/AMS/Laser-AMS system, it will not equip to that point.

Omni-Mechs are also restricted when it comes to omni-pod selection and the placement of any bolt-ons on that part of a 'Mech.

Special Events
More track-able stats have been added! We will now be able to set up events where challenges can be separated by weapon class types instead of specific ones. (For example: get 200 damage with any energy type weapon!)
Stats per Weapon class: Energy, Missiles, Ballistics 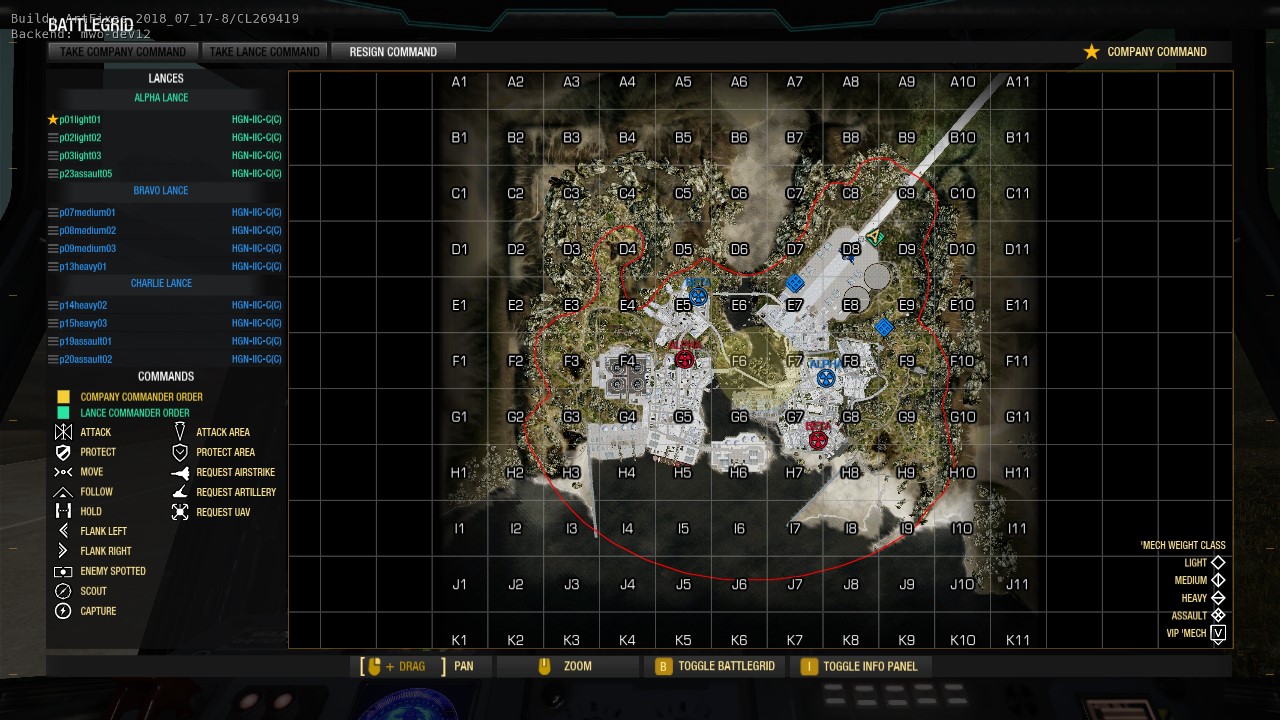 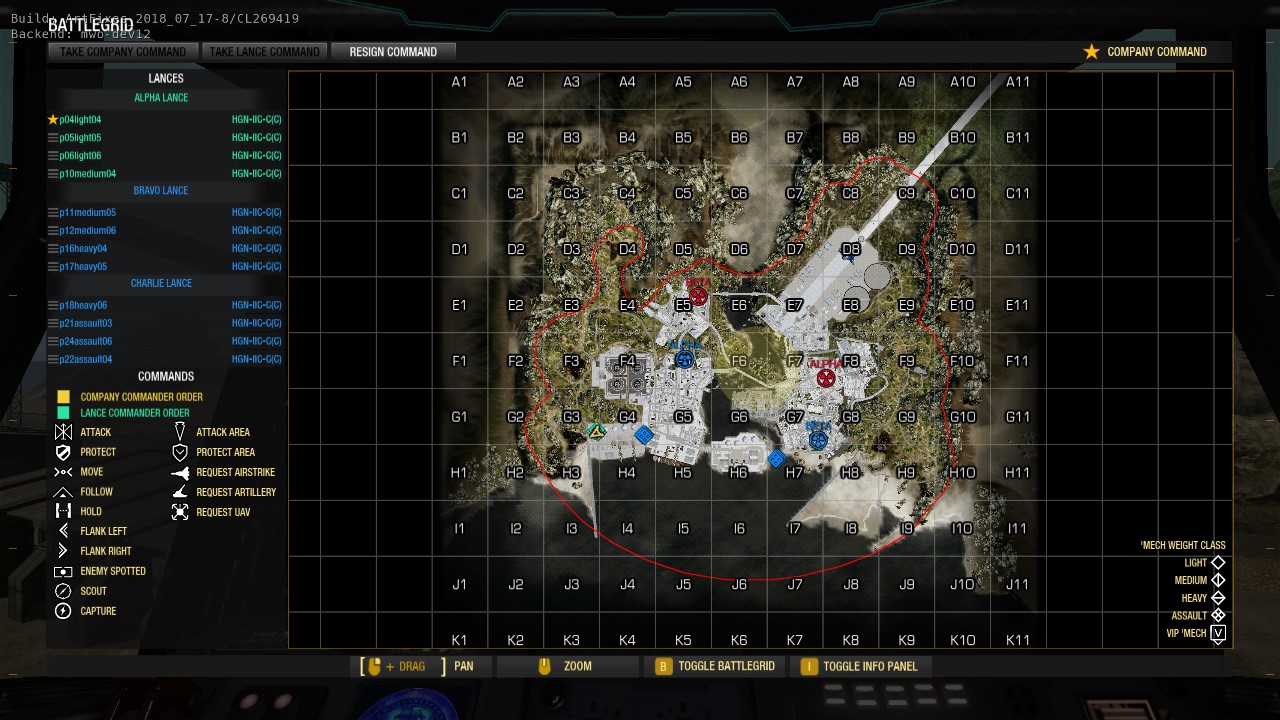 Patch Files (Direct Download)
To make the patching process easier for players with limited download caps, we'll be providing direct download links for the patch file(s) that comprise this patch. This will allow you to download the patch file(s) elsewhere, for manual injection into the MWO patcher through a Patch Cache folder.
Aside from allowing you to download the patch file(s) elsewhere, on another connection, there are no additional benefits to performing the patch this way; the patching process itself will be the same.
This direct patch download process will only work for players running the standalone client. It does not apply to players running MWO through Steam.
Patch File(s): http://patcher.mwomercs.com/patch/Production/frontend/FrontendPatch_339.zip
How to use these patch files
• Download the above file(s)
• For sake of ease we recommend creating a dedicated folder for the patch file(s), such as 'MWO Patch Cache'
• You do not need to unzip or unpack the patch file(s)
• Launch the MWO Portal
• Select the three horizontal lines in the top left of the Portal Window
• Choose the 'Specify Patch File Cache' option
• In the field that appears, paste or enter the location in which you saved the patch file(s) and hit OK
• For example, C:\Users\<username>\Documents\MWO Patch Cache
• Click the blue Patch button
• The launcher will now check the Patch Cache folder you defined. If it locates the required patch files, it will unpack and use those files to apply the patch.
• Once the patch is complete, launch the game