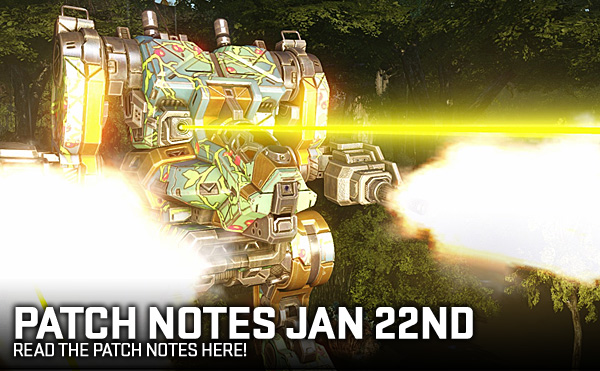 Solaris Season 4 Reset
Solaris Season 3 Rewards:
To qualify for the prizes, players must have played a minimum of 25 matches in the given Solaris 7 Divisions. Note that these rewards do STACK if you participated in multiple Divisions.

Bolt-on retrofits have been expanded to the following 'Mech chassis:

Also don't forget to try out the the Public Test Server which is currently running throughout the Weekend!!