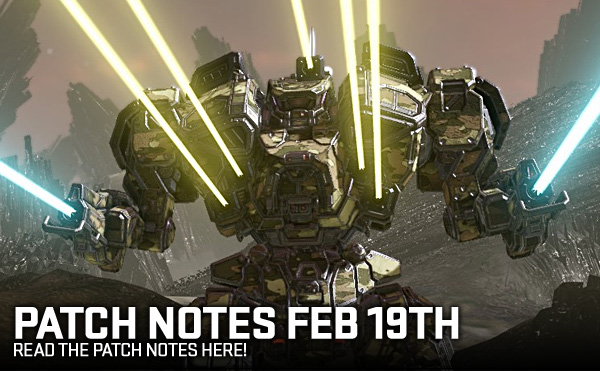 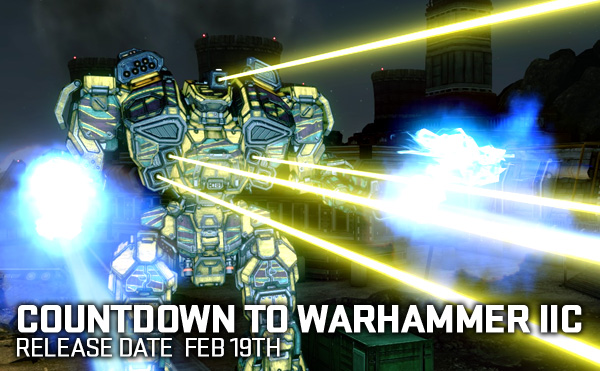 New 'Mech: Warhammer IIC
You can check out the Countdown post for more details about the Warhammer IIC 'Mech as they are released!
Order them in the Store page here!

Weapon Changes
Heavy Machine Gun (Both Clan and Inner Sphere):
'Mech Quirk changes
TNS-4P:
Design notes: Out of the Thanatos line, the 4P stood out as under-performing compared to other variants.  We will be bringing its mobility up to match similar Thanatos variants.
NSR-9S:
Kit Fox:
Universal Range +5% Quirk added to the following torso OmniPods:
Design notes: We want to provide the lesser used OmniPods with some more potent options at customizing your OmniMechs.  As well as play into the high accuracy at long ranges niche the 'Mech is known for in the lore when combined with a number of set of 8 quirks.
HGN-IIC-A
SNV-BR

Patch Files (Direct Download)
To make the patching process easier for players with limited download caps, we'll be providing direct download links for the patch file(s) that comprise this patch. This will allow you to download the patch file(s) elsewhere, for manual injection into the MWO patcher through a Patch Cache folder.
Aside from allowing you to download the patch file(s) elsewhere, on another connection, there are no additional benefits to performing the patch this way; the patching process itself will be the same.
This direct patch download process will only work for players running the standalone client. It does not apply to players running MWO through Steam.
Patch File(s):
http://patcher.mwomercs.com/patch/Production/frontend/FrontendPatch_354.zip
http://patcher.mwomercs.com/patch/Production/frontend/FrontendPatch_355.zip
How to use these patch files
• Download the above file(s)
• For sake of ease we recommend creating a dedicated folder for the patch file(s), such as 'MWO Patch Cache'
• You do not need to unzip or unpack the patch file(s)
• Launch the MWO Portal
• Select the three horizontal lines in the top left of the Portal Window
• Choose the 'Specify Patch File Cache' option
• In the field that appears, paste or enter the location in which you saved the patch file(s) and hit OK
• For example, C:\Users\<username>\Documents\MWO Patch Cache
• Click the blue Patch button
• The launcher will now check the Patch Cache folder you defined. If it locates the required patch files, it will unpack and use those files to apply the patch.
• Once the patch is complete, launch the game